News about Google Pixel 4a appears almost every day. All because of the complete uncertainty around the smartphone and the date of its presentation – some say that it will be shown very soon, others say that the presentation will be postponed to October. Today there are several more arguments in favor of the first opinion.

Google seems ready to launch the Pixel 4a line

Proponents of the theory of fast launch do not miss the opportunity to put any evidence related to Pixel smartphones as proof. Today, for example, many have stated that the news of the discontinuation of Pixel 3a in the U.S undoubtedly hints at the upcoming launch of the Pixel 4a.

In fact, this opinion is definitely not worth debating. Released in May last year, the Pixel 3a was available for less than $400. Now that the device is completely out of date, Google decided to stop delivering it, and it says “out of stock” in the official Google Store near the product icon. 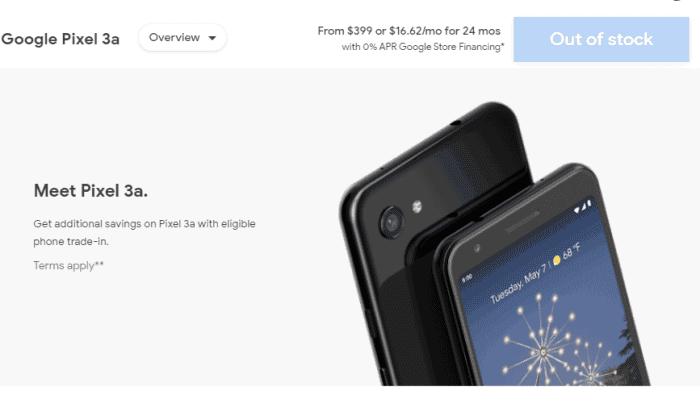 At the same time, the new Pixel 4a is actively undergoing certification. Just yesterday, the smartphone appeared in BIS and IMDA, and before that, it appeared in the FCC. Almost always, such a large amount of noise means the manufacturer’s intention to soon make a presentation.

And, apparently, there really is a desire. This is confirmed by a fairly reputable insider, John Prosser, who in May announced the date of the show – July 13. There are not enough reasons to not believe him at the moment, but until Google makes an official announcement, any information should be taken with some skepticism.

Here is a reminder of the specifications of the Google Pixel 3a and 3a XL.

Next Satisfy your inner geek with KKMOON components on sale