WhatsApp is still the most popular messenger in the world, but every day its competitors are gaining more popularity, which is headed by Telegram. The company owned by Facebook does not like this situation, therefore, they began to actively add important features to the messenger that were previously ignored for some reason.

Perhaps the most important innovation is animated stickers. Such a seemingly common feature for users of Telegram, WeChat and iMessage was added by Whatsapp developers only in today’s update. Previously, lovers of beautiful pictures that express emotions very much had to be content with only static images. WhatsApp promises to immediately introduce several of its own packs that will contribute to the popularity of the feature.

It was important for the business to add QR codes that carry information about the company’s number. The ability to put in one square all the information you need to search for a profile is available on Instagram which belong also to Facebook, but in WhatsApp, this feature appeared for the first time. This will greatly improve the experience of people interacting with business cards.

The last two notable features are mainly related to the visual part. Firstly, a dark theme is now available on the web and desktop version. But it is unlikely that something interesting can be said about this, those who really needed this for a long time have been achieving this with the help of special extensions.

The second function is more important, it concerns group video calls. Now you can zoom in the picture of any person just by clicking on it. It is important to remember that the maximum number of participants is 8. No more than eight people can be in a conversation. 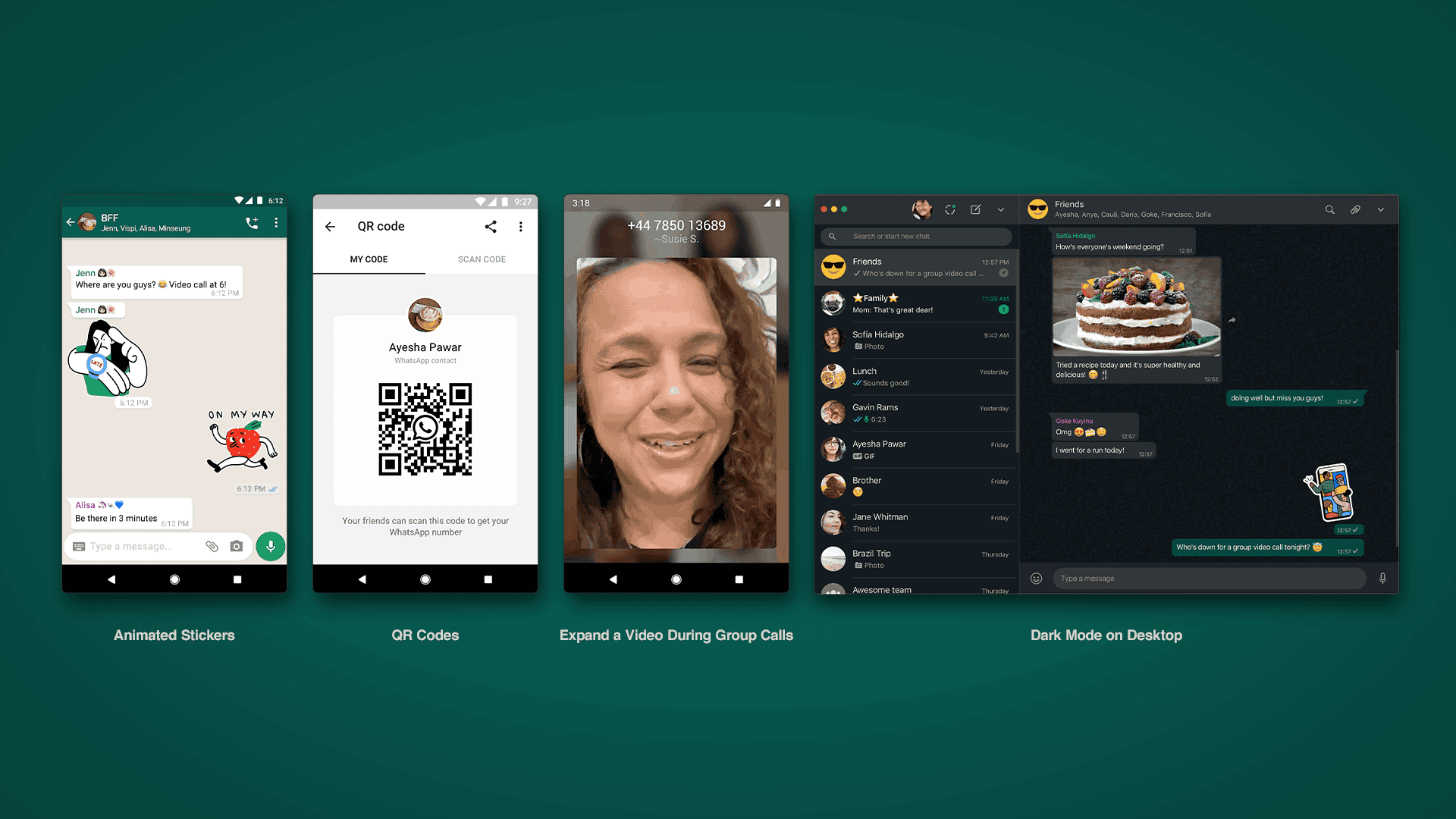 Next Google seems ready to launch the Pixel 4a line