Samsung’s next Android Go entry-level smartphone is expected to be the Galaxy A01 Core. The features of this device are quite modest according to the new leak.

In the camera section, the phone will have an 8MP primary sensor with f/2.2 aperture and a 5MP selfie camera with f/2.4 aperture. As for the software, it will be the first Samsung device out of the box with Android 10 (Go Edition).

The removable 3000 mAh battery will be enough to operate this equipment for one day. We expect this entry-level phone to come with a MicroUSB port, 3.5mm headphone jack, microSD card and dual SIM support.

We hope that we will learn more about the phone in the coming days. 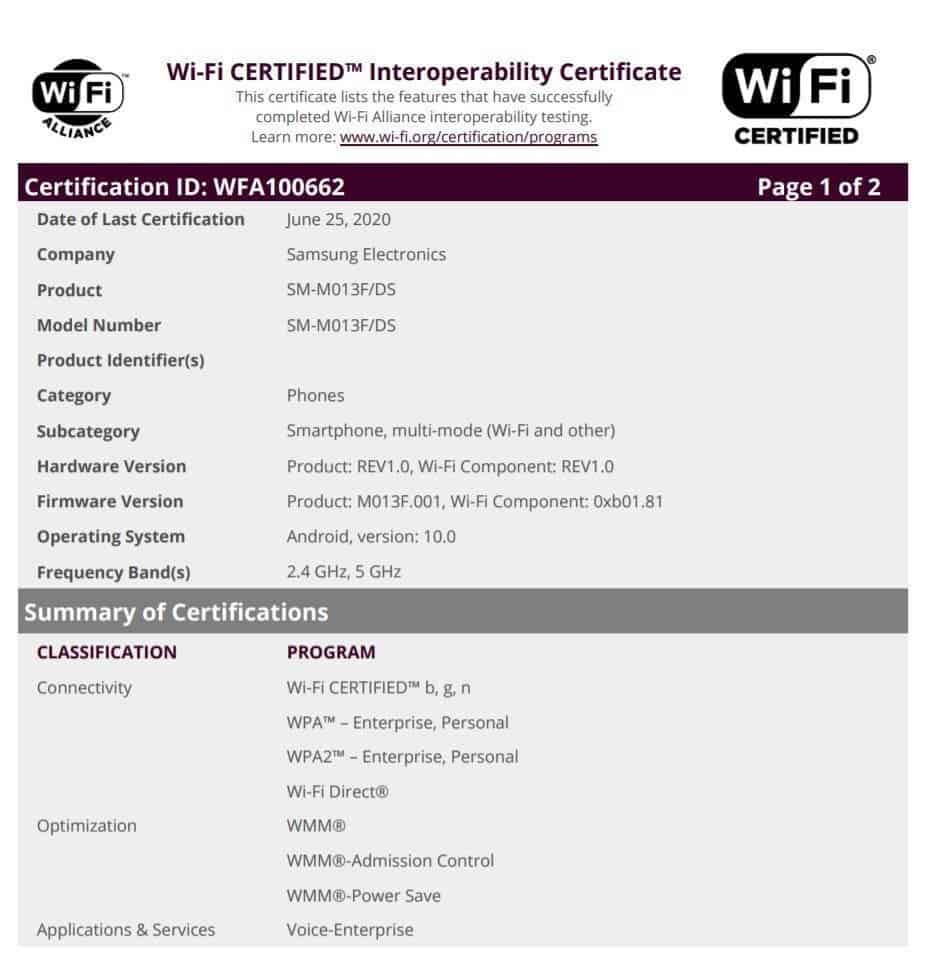 As mentioned earlier, Samsung is also working on a toned-down version of Galaxy M01 namely Galaxy M01 Core. The device recently made its way to the WiFi certification with a model number SM-M013F/DS. Considering the listing, it looks like the device will arrive with Android 10 operating system. Furthermore, the device will also come with dual-SIM card slot, dual-band WiFi along with WiFi-Direct support.

At the time of writing this, we don’t know much about the Galaxy M01 Core smartphone. Considering A01 Core will come with a removable battery, we’re expecting the M01 Core to come with the same. Since the device has now received the WiFi certification, we are expecting more information to come forward soon.

Also, it seems that Samsung is apparently getting ready to announce a new affordable smartphone that will refresh the M series which already encloses a very large number of devices. The handset with such task will be the upcoming Samsung Galaxy M01s; which leaked on the Google Play Console in the previous days. 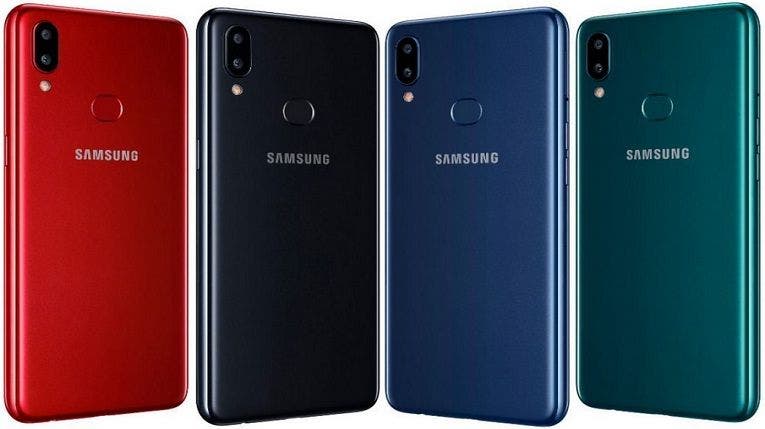 The leak revealed that we’re looking at a rebrand of the Galaxy A10s launched in August of 2019. Thus we already know what its specs will be as well as the selling price. Additionally, a support page for the smartphone just went up on the company’s official Indian website; adding further confirmations of an imminent announcement

On the official page it was also possible to check out some its details such as the amount of RAM, 3GB of RAM and the model number that identifies it: SM-M017F / DS. This last info also confirms some of the rumors that surfaced the web in the previous weeks.

Previous Several LG smartphones will be upgraded to Velvet UI