While the market of Android tablets struggles, there are a few companies that still bet on this segment. Of course, we’re talking about companies such as Huawei and Samsung that are producing tablets packed with distinct software features that are far superior to what Google has for this kind of device. Today, a couple of specs sheets and product renders confirmed two new Huawei tablets. These new big-screen devices are namely Huawei MatePad T10 and T10s. The leaked info reveals pretty much everything you need to know about these two entry-level tablets. 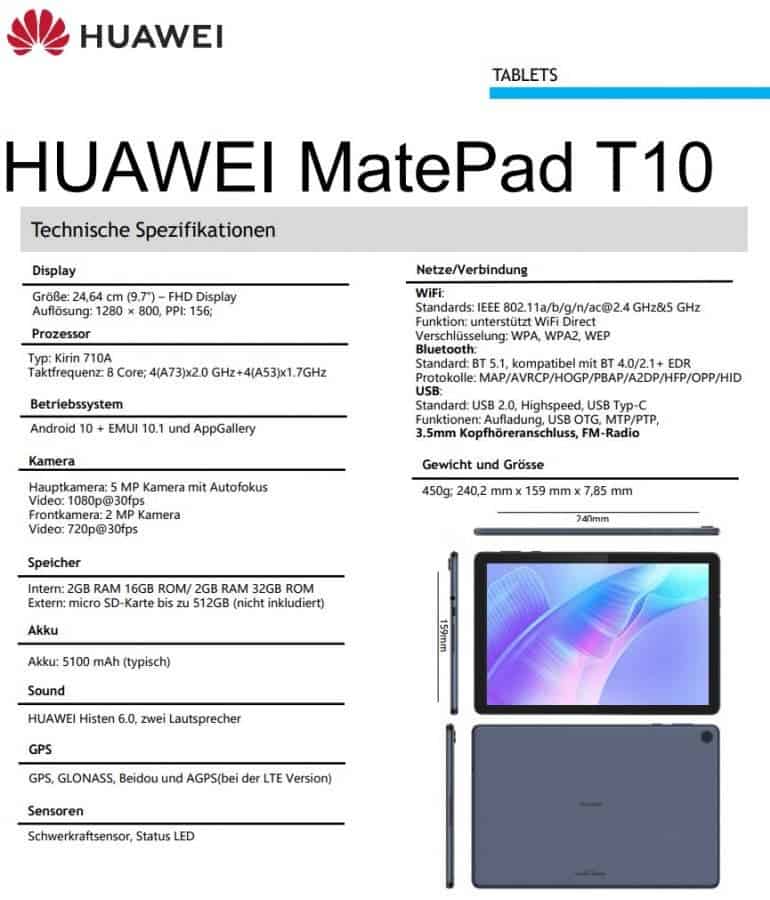 The MatePad T10 boasts a 5MP rear camera with auto-focus and a 2MP selfie snapper which should be enough for video conferences. The tablet ship with EMUI 10.1 based on Android 10 and, of course, doesn’t come with Google Services. Other features include dual-band Wi-Fi, Bluetooth 5.1, USB-C port, 3.5mm headphone jack. There is a 5,100mAh battery keeping the lights on.

The MatePad 10S is a slightly better variant featuring a bigger 10.1-inch IPS LCD display with 1920 x 1200 pixels of resolution (FHD). Under the hood, we still have the same HiSilicon Kirin 710A chipset. That is a good chipset considering the presence of Cortex-A73 cores. The tablet is available in a variant with 2GB of RAM and 32GB memory and another one with 3GB of RAM and 64GB of memory. You can also expand the storage amount with a microSD card of up to 512GB. 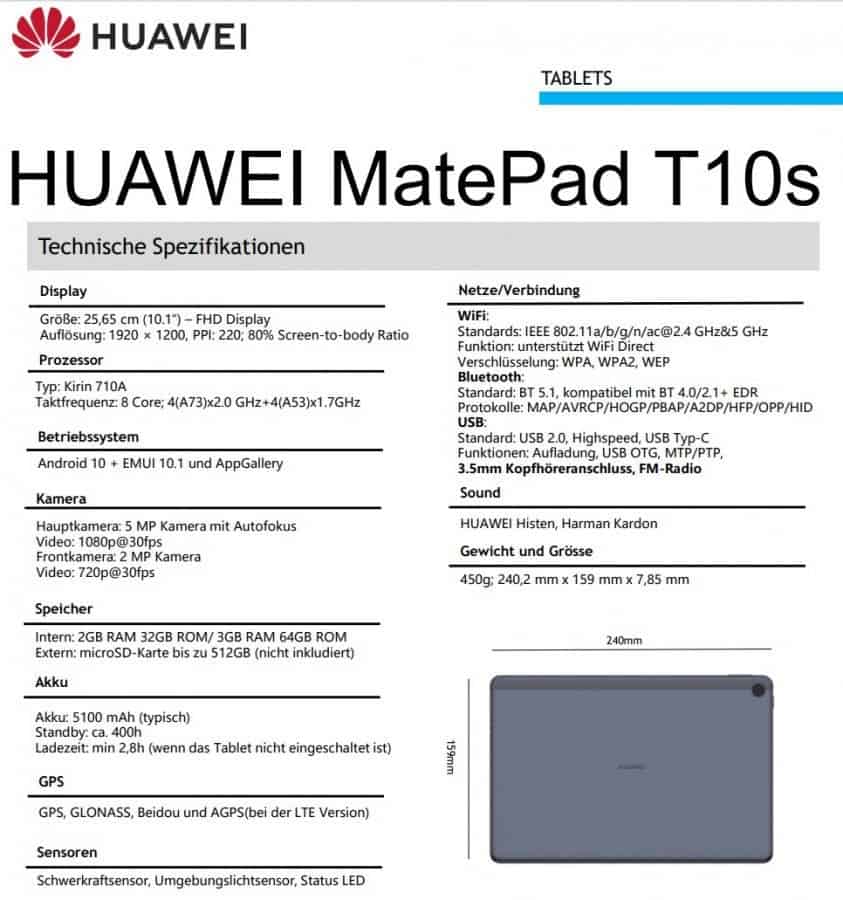 Other specifications seem to be the same as the MatePad T10. That includes the USB-C port, 3.5mm headphone jack, FM-Radio feature, and even the 5,100mAh battery. The tablet also ships with Android 10 based EMUI 10.1 and there is a Harmon Kardon loudspeaker. 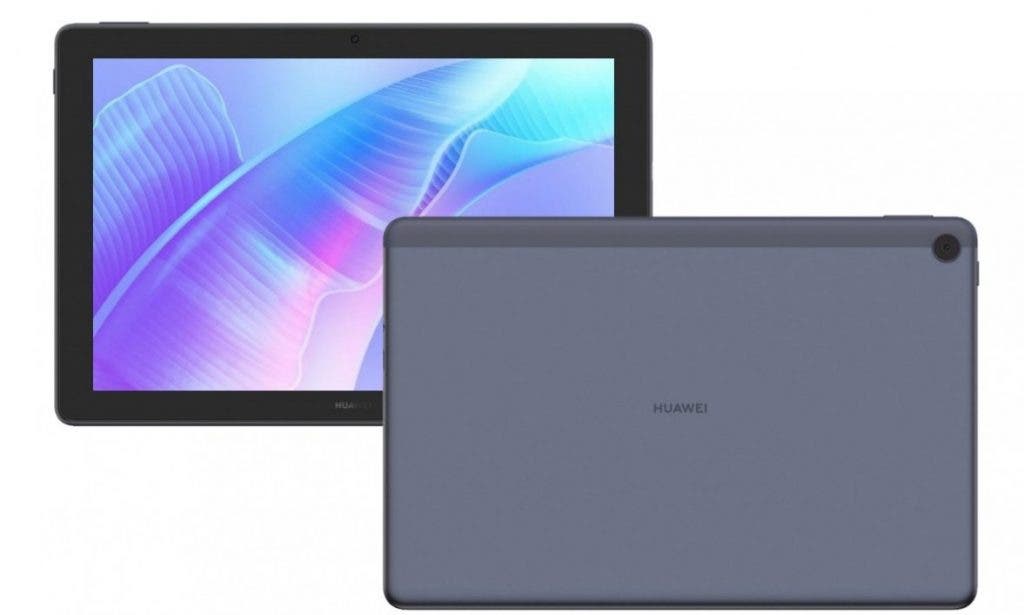 Unfortunately, there still no official confirmation regarding the launch date or availability of these new tables. However, this leak is huge enough to make us believe that it will not take much longer to happen. Hopefully, they will not be much expensive.

Next Honor MagicBook will get Ryzen 4000 CPUs on July 16