Looks like a busy schedule is ahead for Samsung with the launch of smartwatches, tablets and smartphones for the next few weeks. Ahead of this, a new FCC listing has hinted that Samsung could launch a successor to the Galaxy Fit soon.

Successor to the Galaxy Fit?

The FCC listing in contention shows a schematic of what looks to be a fitness band. The label drawing for this Samsung wearable has a model number SM-R220.  And yes, the design resembles the Galaxy Fit. 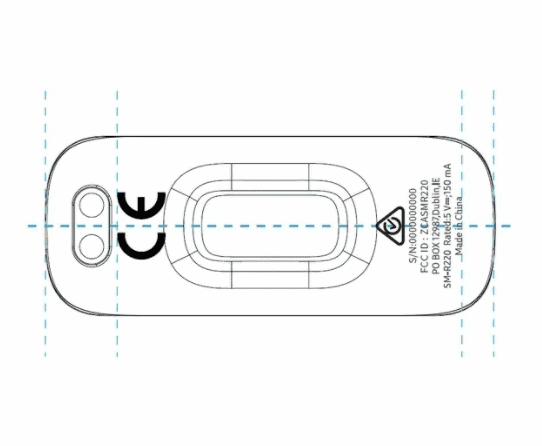 There are two contact points that could be for charging and it also seems to have a heart-rate sensor module in the middle. However, the edges are a bit more rounded this time around.

The device doesn’t have a physical key on either side. But considering this a schematic of the rear portion, the final portion could carry over the operation key from Fit. Apart from his, the rated charging speed is etched as 5V dc at 1.5A.

When is it coming?

That being said, all these points to a fitness band and the design and features indicate that Samsung could slot this above the Galaxy Fit that launched last year. However, we don’t have any other details like the battery capacity, screen size, and the fitness-focused features yet.

Samsung has already confirmed that it’s holding an Unpacked event on August 5th. It is expected to announce the Galaxy Note 20 series of smartphones.

Ahead of this, the Galaxy Watch 3 is speculated get announced in the coming weeks. The watch itself, has already been leaked several times before and the latest promo video gives away the features it is said to come with.

However, the latest FCC listing of a wearable device, which doesn’t necessarily ascertain the claims of its arrival, has raised doubts owing to the timeframe it has been published close to the launch of Galaxy Watch 3 and Note 20 series.

Hence, there is a possibility that Samsung could announce the wearable device along with either of them. Additionally, sources for Sammobile has said that the device will be available in Black and Red colour options. Nevertheless, this will bring a smile in fitness enthusiasts as an upgrade to the older Galaxy Fit is long-standing overdue.

Previous South Korean 5G Users Exceeded 6.9 Million At The End of May