The first rumors about the upcoming Samsung Galaxy Buds Live TWS earphones have appeared in April when we learned about the bean-shaped earphones. Today, the reliable leaker Evan Blass has published in his social profile high quality renders of Samsung Galaxy Buds, confirming the leaks. The earphones really look like beans and have a couple of additional microphone holes that will provide an active noise reduction system. 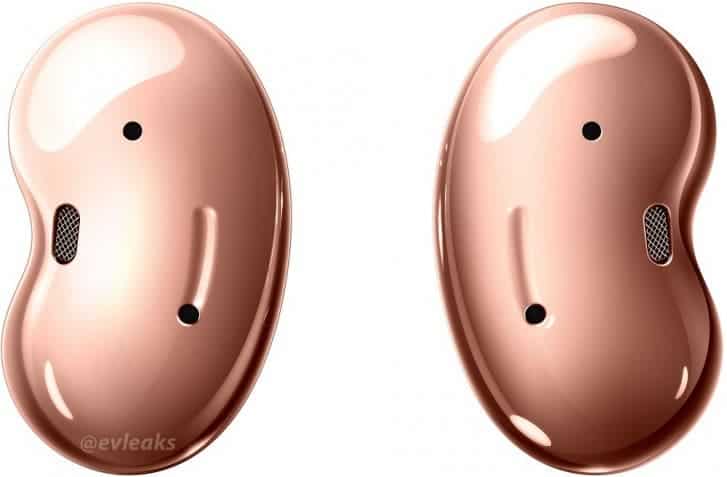 Firstly, it will be available in various colors, where in addition to white and black, they will offer a fashionable copper color, which they plan to paint Galaxy Note 20 with it. Secondly, the earphones have a controversial new design.

Galaxy Buds Live should have an active noise canceling system and two earphones holes confirm this. The charging case has a square shape with rounded edges and magnets inside for a more reliable earphone mount.

There is no doubt in the reliability of the images. Evan Blass has a reputation for providing reliable information. Very little is known about the Galaxy Buds Live themselves. According to rumors, the earphones will receive a waterproof certification and offer decent autonomy. Recall that the Unpacked event will be held on August 5 and, in addition to these earphones, the heroes of the event should be the Galaxy Note 20, Galaxy Watch 3, Galaxy Fold 2 (Galaxy Z Fold) and Galaxy Z Flip 5G. 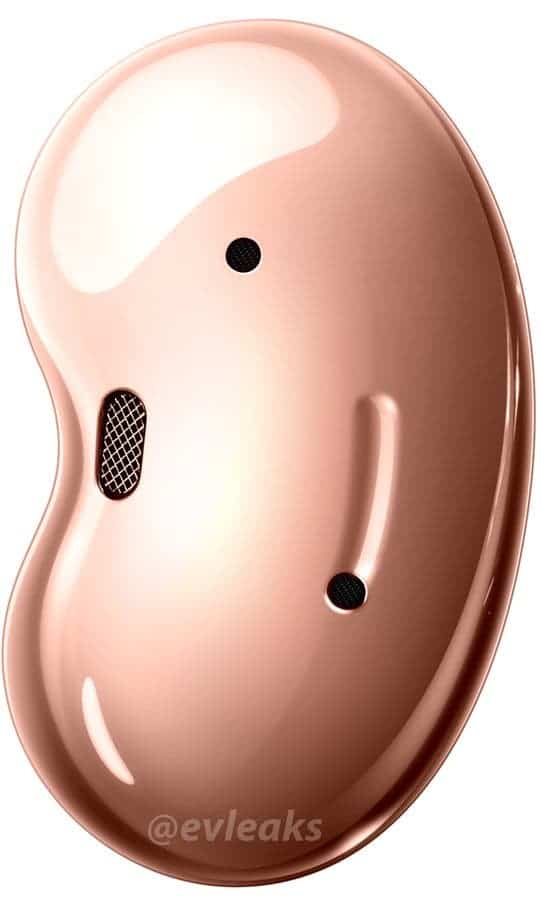 According to some previous reports, the Korean firm will announce the Galaxy Watch 3 in July alongside its bean-shaped Galaxy Buds Live TWS earphones. But, it seems that Samsung will delay its launch to the upcoming Unpacked event.

Unfortunately, there aren’t many details available about the Galaxy Buds Live. However, we do know that the new wearables are the bean-shaped earphones that have been leaking for quite some time. Interestingly enough, previous rumors point that the new audio product would be dubbed Galaxy Buds X. These rumors were considering Samsung’s old Gear IconX lineup and stated that Samsung would release a new product to mix the Buds line with the nostalgia of the Gear Icon X series. However, this doesn’t seem to be the case anymore, as the new earphones will carry Buds Live moniker.

Next Xiaomi Ecosystem Product launch to take place on July 15