There are only a few days left before the announcement of OnePlus Nord. Now, a completely different smartphone of the company has appeared on the Web. The Geekbench test defines it as a BE2028.

The most interesting thing is the processor used. The benchmark indicates its code name – lito – and at first glance, this is the same Snapdragon 765 / 765G. However, in the code, you can find a mention of the Adreno 619 GPU, and only the Snapdragon 690 has one.

As for the smartphone itself, it will also receive 6 GB of RAM, while, according to rumors, OnePlus Nord will have a minimum of 8 GB. Thus, if the benchmark data is not erroneous, we are waiting for an even more affordable smartphone from OnePlus. 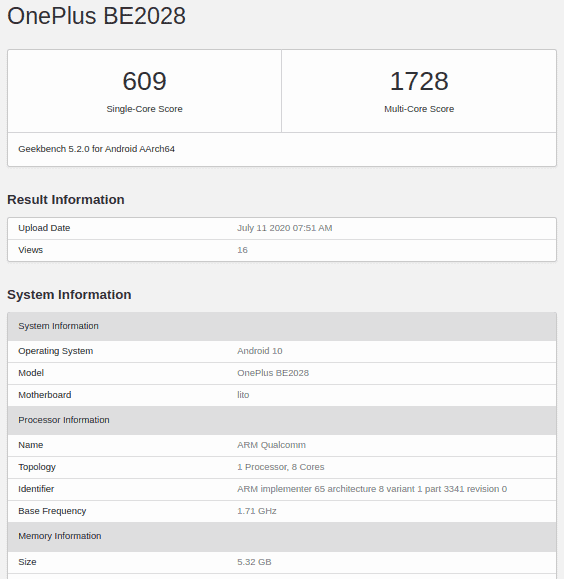 OnePlus Nord will be officially launched in less than two weeks, but thanks to an insider, there are already two pictures showing the technical data and three covers that were created together with artists and the YouTuber JerryRigEverything.

The well-known leaker Evan Blass has shared the images that you can find below. It shows the technical data of the OnePlus Nord. In addition, we have an image of three official covers. They will be officially presented together with the smartphone on July 21. 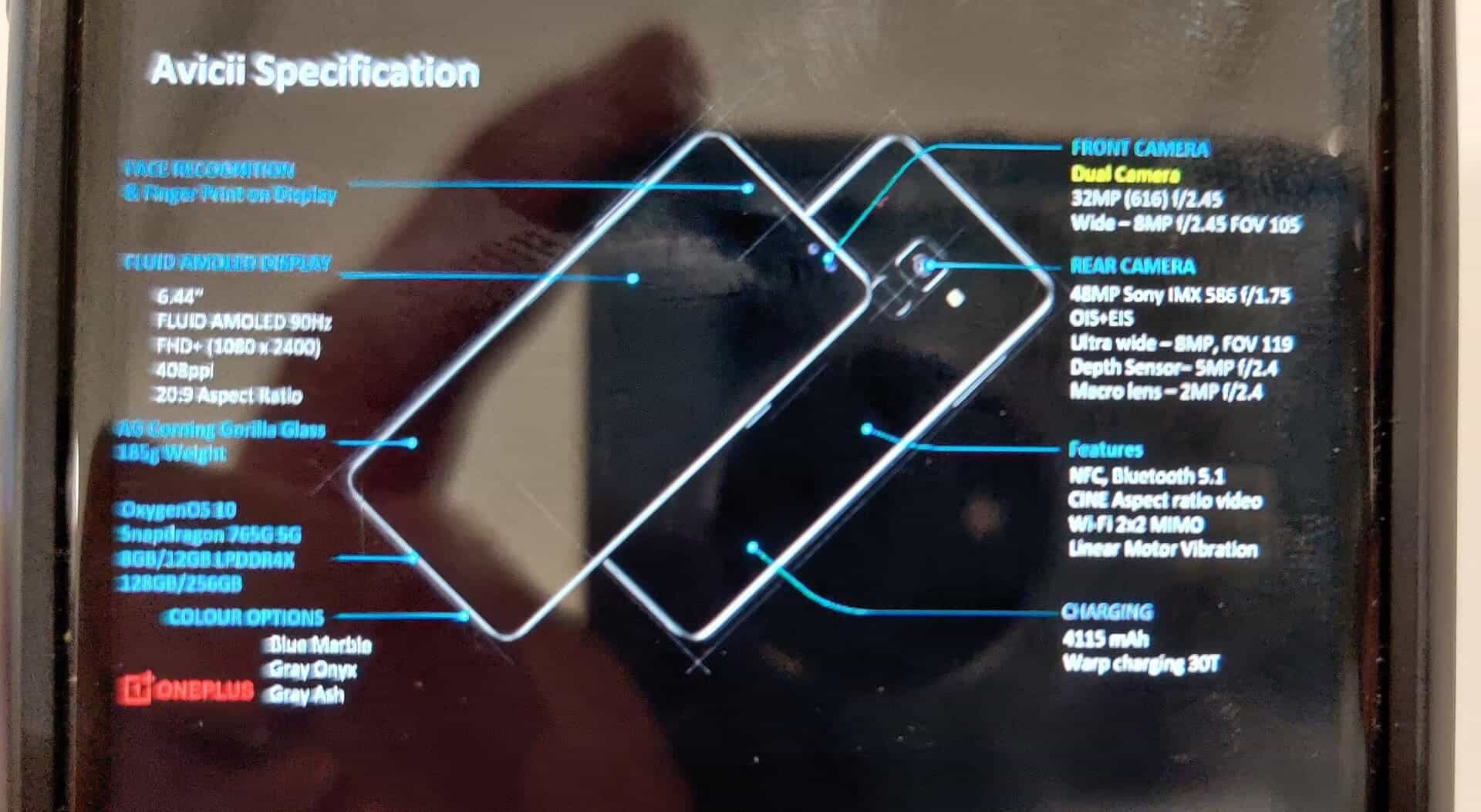 A fingerprint sensor is integrated into the display, face recognition is also possible via the dual front camera. This consists of a 32-megapixel wide-angle camera and an 8 MP ultra-wide-angle camera.

On the back, we can find a 48-megapixel f/1.75 main camera based on a Sony IMX586 sensor, which comes along an optical stabilization. There is also an 8 MP ultra-wide-angle camera, a 5 MP ToF sensor and a 2 MP macro camera. For a price of less than $500 you can also get Bluetooth 5.1, NFC and a choice of three colors. It include Gray Ash, Gray Onyx and Blue Marble. There is also some colorful covers. We expect this mid-range smartphone to be a total success for OnePlus.