Google Pixel series is known for producing one of the best camera-centric devices. They have been launching high-end smartphones which not everyone could afford. Hence they introduced a cheaper variant of Pixel series with Pixel 3A. The 3A was released last year in May, and now we are waiting for Google to announce the successor to it. Good news folks, a render of Google Pixel 4A has appeared officially on Google’s website. So let’s check out how Pixel 4A will look and we’ll dive deep into the specifications of Pixel 4A.

9to5Google caught the official Render of the Google Pixel 4a which appeared on Google Store’s Canadian website. However, I think Google has removed it as of now. Thanks to the render, we can see the device in its full glory. The device comes with a black color option and has a green colored power button just like on the iconic Google Pixel series.

Starting from the front side, Google has opted for a punch-hole notch for the mid-range smartphone. On the rear side, you will get a square camera module housing a single camera with an LED flash. You can also see a fingerprint scanner on the rear side. The specifications of the device are leaked several times before, so let’s have a look at them. 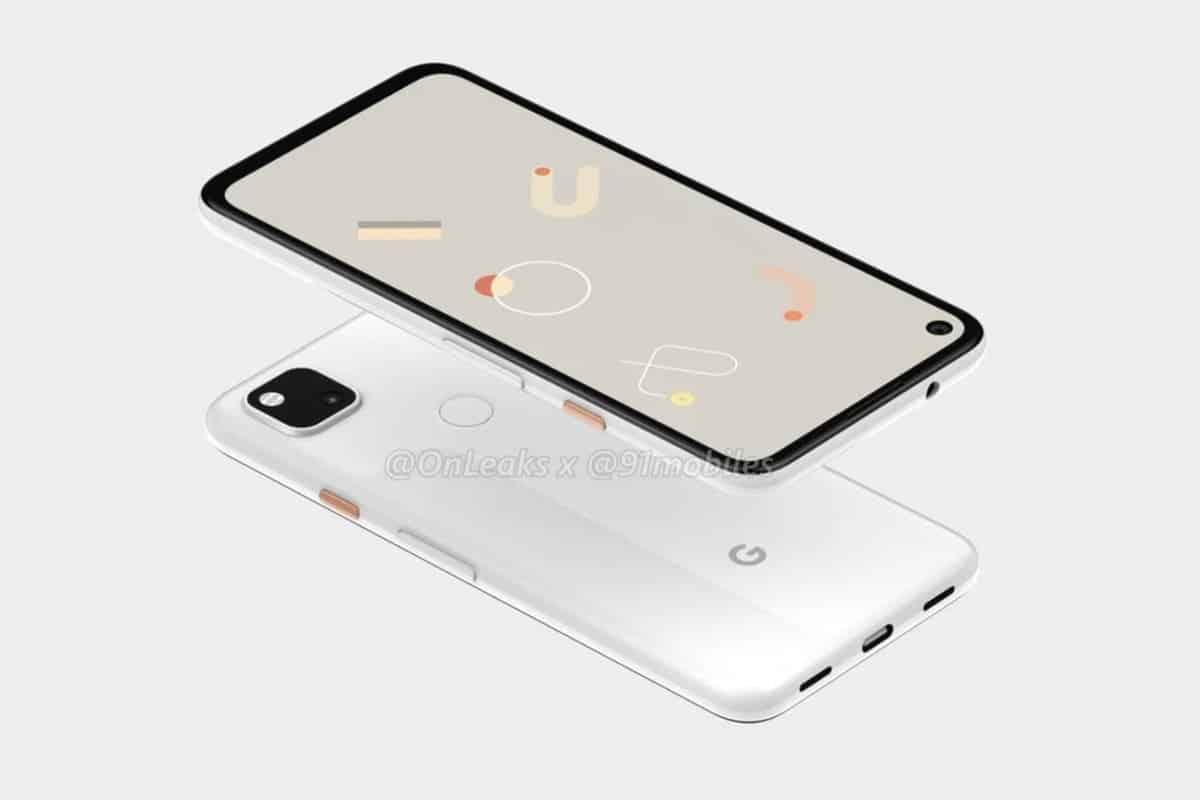 The Pixel 4a is expected to rock an OLED panel with a 2340 x 1080 resolution. Coming to the biggest highlight of any Pixel phone, the cameras. However, the Pixel 4A doesn’t come with a full-fledged camera setup as we see on other smartphones. The rear camera setup comprises of a single 12.2-megapixel primary camera with OIS/EIS. While the front camera is of 8-megapixel resolution and features an 84-degree field of view.

We expect the Pixel 4A to come with Snapdragon 730 SoC that will be coupled with 6GB RAM & 128GB internal storage. A tiny 3080 mAh battery will be present in the device with 18W fast charging support.

Pixel 4A is expected to be priced between $400 to $500. Talking about the release rate, the render was spotted at the top-most part of the website which indicates at an imminent launch. In talks a source, he mentioned that Pixel 4A will get released around the 20th of this month, just near OnePlus Nord’s launch. But Google releasing a smartphone with a plastic body, no display advancement, small battery succeed? Or the upcoming OnePlus Nord, which is said to have a flagship camera will dominate the mid-range segment? Let us know your thoughts in the comments section below!

Next Non-contact IR thermometer and more on sale from Aliexpress