Oppo has finally showcased the 125W fast charging technology today. The company is calling it the “125W Flash Charge”. And it is an evolution from the already faster 65W SuperVOOC and lower VOOC charging solutions.

The company through a press-statement has revealed all the bells and whistles the technology will bring. Evolved from the SuperVOOC technicals, Oppo says the 125W technology has undergone a comprehensive hardware upgrade. It can fully charge a typical 4,000mAh battery in 20 minutes. What the company did not announce was a release date for the tech. This means that we’re not sure when we will be seeing a commercial product with the tech in action. However, since the company has demoed the product, we’re pretty optimistic.

Just like the predecessors, the 125W Flash Charging technology will focus on higher charging currents to maintain the power density and effectively reduce charging times whilst maintaining a fair temperature. The schematics include a 20V DC at 6.25A.

With this, it has doubled the voltage and current that is capable on the SuperVOOC technology. To achieve this protocol, Oppo says it will use batteries made of two 6-C cells instead of 3-C found on SuperVOOC 2.0.

It added that the 6-C arrangement will give a breakthrough in Battery ratio and help the Lithium-ion cells last longer despite the high current flow.  Additionally, Oppo says the technology will use three parallel Charge pumps. Also, it will come with an integrated MCU(Microcontroller Unit) to improve the charging and conversion efficiency up to 98%. 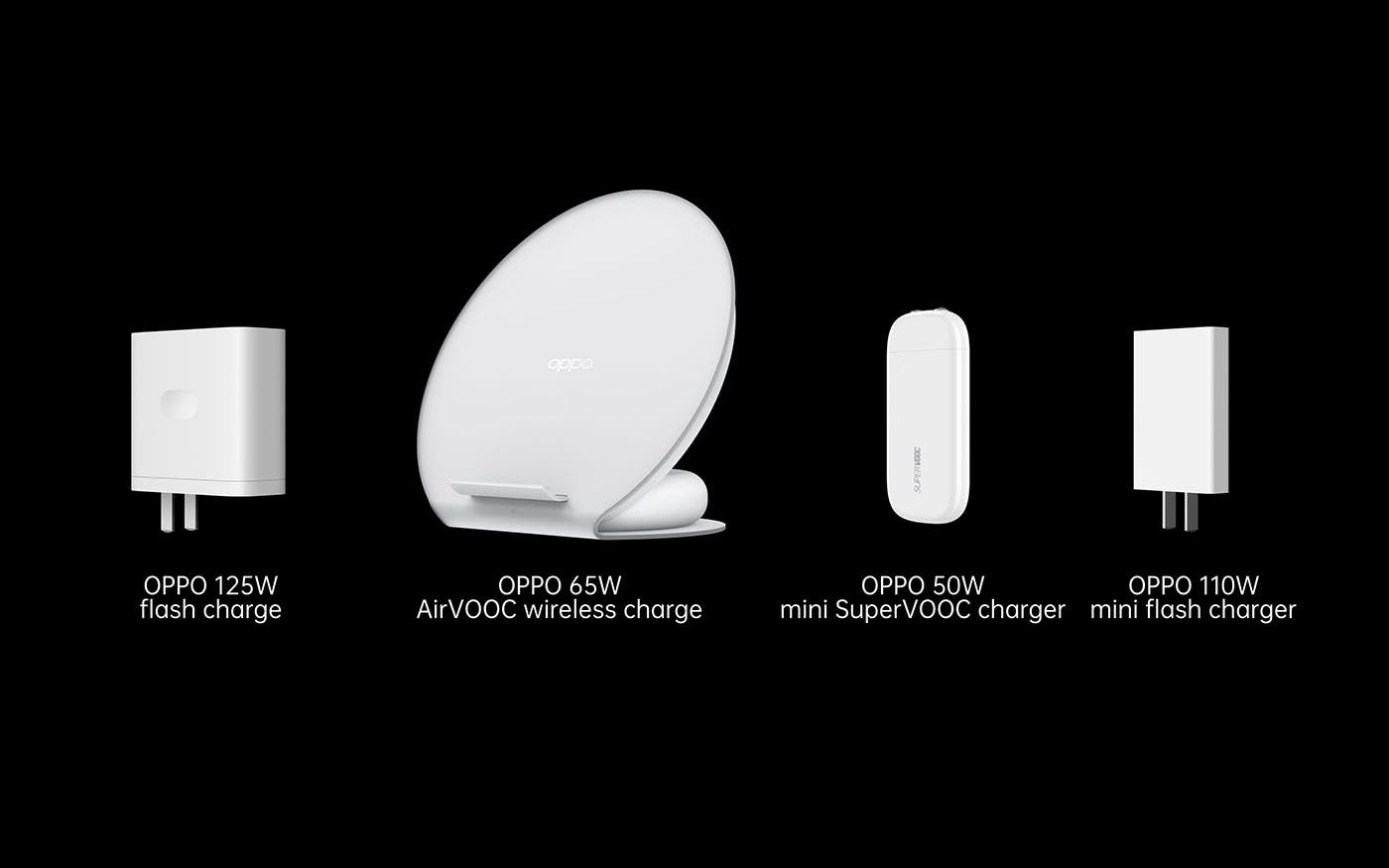 No Compromise on safety

Oppo also said that the new technology will have 10 temperature sensors to monitor charging status, safety and temperature. In addition to this, it also has Over-voltage protection via a fuse, supports Type-C to Type-C wire and comes with a 128-bit high-strength encryption algorithm.

The new Flash Charge Technology also has backwards compatible with older SuperVOOC and VOOC protocols with support for 65W PD and 125W PPS which are Power Delivery and Programmable Power Supply respectively.

Out of nowhere, the launch included three other surprises namely, a 65W AirVOOC wireless charging, 50W mini SuperVOOC and 110W mini Flash Chargers. While the conceptual wireless charger is slightly bigger in size with dual-coil design, the mini versions are aimed at being the best portable solutions during travel.

Talking about the 65W, it is compatible with Qi-standard. It can charge a 4,000mAh battery in 30 minutes, has foreign object detection, five-fold safety protection, and a semi-conductor cooler at the bottom.

The mini 50W and 110W Flash chargers use GaN(Gallium Nitride) for conducting high voltages and currents at a small size. 50W charger supports 27W PD and 50W PPS protocol. Pricing, availability of these solutions, however, is yet to be revealed.