Flagship smartphones are becoming more expensive every year, and this trend doesn’t to be changing anytime soon. When it comes to the mid-range market, what we’re seeing are solid smartphones with decent price tags. The wave of expensive premium smartphones forced companies to create a segment between composed of mid-range phones dubbed flagship killers. While the low-end smartphone is the least competitive segment in the smartphone market, this year, we’re also seeing low-end smartphones getting much better than last year. A good example is Xiaomi’s brand new Redmi 9A and 9C smartphones.

Today, the Chinese company held a big product launch keynote where we saw the global debuts of interesting products like the Mi Electric Scooters. Moreover, the company announced a new curved gaming monitor for global audiences, Mi TV Stick as well as other smart accessories. Last but not least, we got the global pricing for the Redmi 9A and 9C smartphones. These two devices are truly competitive low-end smartphones and were previously released in Malaysia last month.

Redmi 9A and Redmi 9C specifications

The Redmi 9A follows the tradition of this series by bringing solid specifications at an affordable price tag. The ninth entry of the series brings a 6.53-inch LCD display with HD+ resolution and a waterdrop notch with a 5MP selfie. On the back, we have a 13MP shooter coupled with a LED flash. Unfortunately, the Redmi 9A will not be known as the smartphone that brought a fingerprint scanner or a secondary camera sensor to the Redmi A series. However, we can understand that some limitations are necessary to hit the €99 ($112) global price tag.

Under the hood, the 9A sports an Helio G25 Octa-Core chipset featuring Eight Cortex-A53 cores paired with 2GB of RAM and 32GB of expandable storage. The processor may not sound impressive, but you have to remember that last year’s Redmi 8A had a worse quad-core chipset. The handset draws power from a 5,000mAh battery with a 10W charging. Unfortunately, the company decided to give a step back with the Redmi 9A by adopting a micro-USB port. The handset comes in gray, green, and blue colors. Unfortunately, the availability was not detailed.

The Redmi 9C has an improved Helio G35 Octa-Core chipset and comes in 2GB/32GB or 3GB/64GB combos. The two versions are priced at €119 (~$135,72) and €139 (~$158,52), respectively. The handset has the same 6.53-inch display with a 5MP shooter living inside of the usual waterdrop notch. Moving around to the back, we have a 13MP main camera alongside a 2MP macro and 2MP depth sensors. The handset has the same 5,000mAh battery with 10W charging. In counterpart to the Redmi 9A, it features a rear-mounted fingerprint scanner. 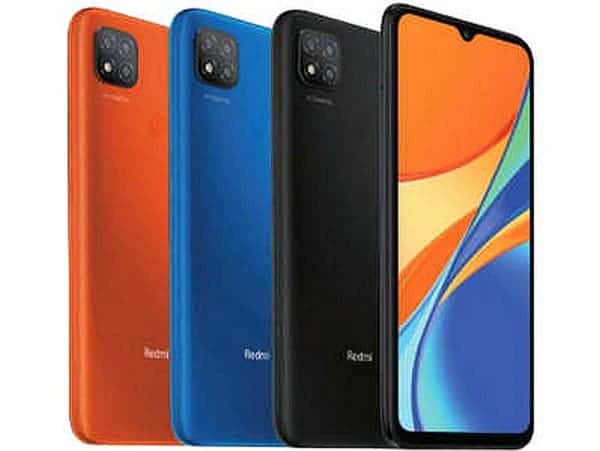 More details should pop out in the coming days. We hope Xiaomi clarifies its global plans for the duo of affordable smartphones.