A Weibo blogger, today, showed a photo of an investment bank’s market research report on MediaTek and Qualcomm. The report clearly indicated that Qualcomm’s Snapdragon 875G chip will use Samsung’s 5nm EUV process. It will will be launched in the first quarter of 2021. 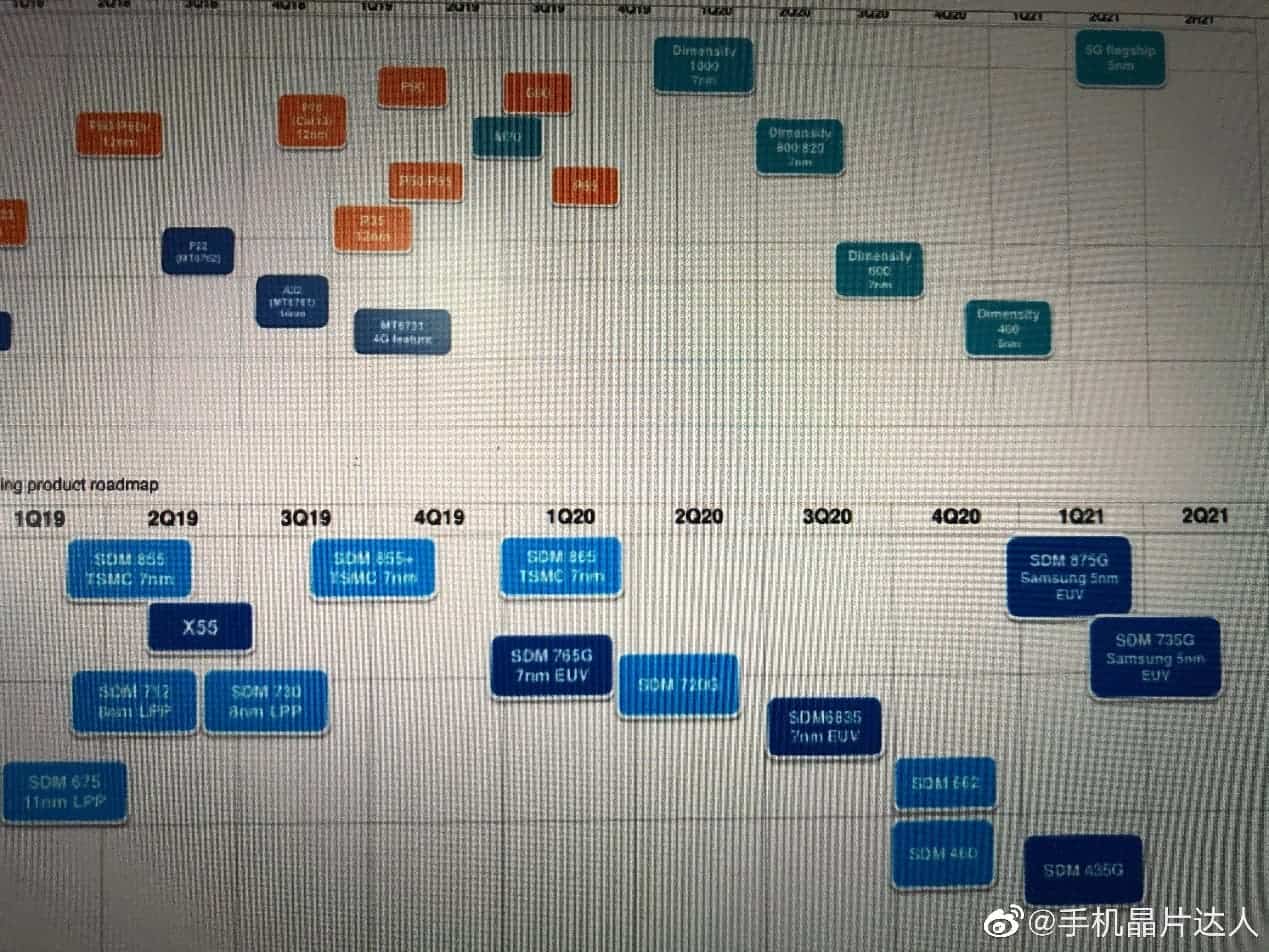 In addition to the Qualcomm Snapdragon 875G, the picture also shows a variety of other chips. For example, the Snapdragon 735G, which also uses Samsung’s 5nm EUV process. The latter is going to become available sometime between the first and second quarters of next year. The Snapdragon 435G will be officially released in Q1 next year. Moreover, Qualcomm will also announce two low-end and mid-range chips in the fourth quarter of this year – the Snapdragon 662 and the Snapdragon 460.

As for MediaTek, the Dimensity 600 chip using 7nm technology will come quite soon. At the same time, the Dimensity 400 using a 6nm process is expected to debut in the fourth quarter of this year.

Last month, Taiwanese media reported that the Qualcomm Snapdragon 875 and the X60 5G baseband have been officially put into mass production at TSMC and are expected to be delivered in September. In addition, XDA reported in May that Qualcomm will adopt the core combination of Cortex X1 + Cortex A78.

If the Qualcomm Snapdragon 875 uses the Cortex X1 + Cortex A78 architecture, it will probably continue the ‘1+3+4’ combination. This processor will no doubt create a new record in chip performance in the Android camp.

The Qualcomm Snapdragon 875G will be an upgraded version of the Snapdragon 875 chip from the point of view of its naming. And it is expected to be upgraded with features such as integrated 5G baseband.

Finally, according to recent reports, the price of the SD875 will increase sharply. The report claims that it will jump from $220 to $260. However, Pan Jiutang, a partner of the Xiaomi Industry Investment Department, said that the price will not increase. Furthermore, he believes that if there is to be a change, it will be a reduction in the price of older models.