Chinese manufacturer, BOE, recently announced a major breakthrough in the research of high-resolution, full-color quantum dot light-emitting diodes (QLED). Its solution now achieves a full-color QLED device with a resolution of 500ppi and a color gamut of 114% NTSC. 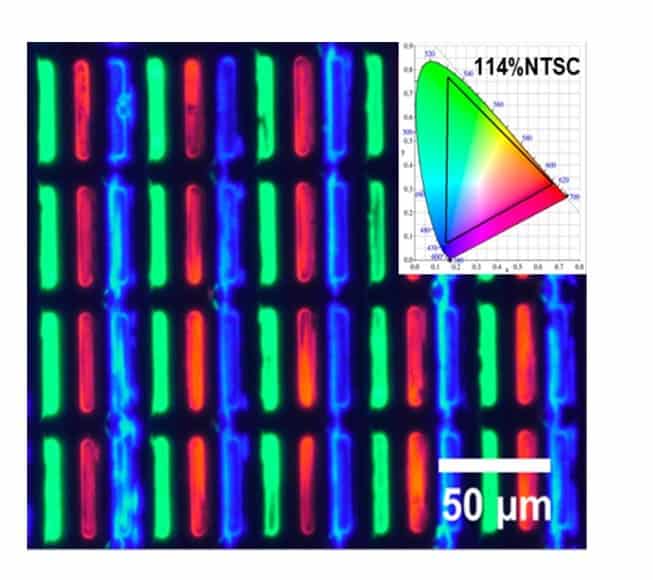 Quantum dot light-emitting diode (QLED) is considered to be a more disruptive next-generation display technology after active-matrix organic light-emitting diode (AMOLED). Since quantum dots are inorganic nanoparticles, they cannot be patterned using a vapor deposition process like small organic molecules. Thus, inkjet printing was once considered to be a commonly used preparation process for QLED displays. However, due to the resolution limit of inkjet printing (< 250ppi), high-resolution QLED graphics has become a common problem facing the industry.

BOE’s high-resolution QLED has broken through the limitations of resolution in traditional evaporation and inkjet printing processes. This brings the pixel density of QLED devices to a new height. It also expands the application of QLED in the small and medium-sized high-end display product market.

If BOE hopes to be on the same level as Samsung or LG, it has to keep developing. Recently, the Chinese display manufacturer failed Apple’s validation process. This means that Apple will not use the BOE OLED solution in the first batch of the iPhone 12 series.

Apple will release four new iPhones later this year. The new series includes two models with 5.4-inch and 6.1-inch displays. In addition, it will have another two ‌iPhones (Pro models) with 6.1-inch and 6.7-inch displays. All four models will come with OLED displays, 5G support, and a small notch.

Obviously, Samsung Display is the main OLED panel supplier for all iPhone 12 series. However, BOE and LG Display are developing OLED screens for entry-level 6.1-inch ‌iPhone 12 models. BOE is studying the quality issues affecting its manufacturing. The company hopes to begin shipping OLED panels to Apple in Q4 2020.

BOE’s failure will not have a major impact on Apple’s 2020 iPhone 12 release date. This is because Apple can rely on Samsung and LG Display. The company started mass production of flexible OLED panels in 2019. However, its current production yield rate is only around 20%, and Apple cannot cooperate with it. The company is now trying to improve productivity by combining the front-end process of its B7 fab and the back-end process of the B11 production line.

If BOE’s efforts to increase productivity is successful, it will deliver about 2 million OLED panels to Apple by 2020. This is the best-case scenario.

Next OPPO A72 5G Variant Appeared On GeekBench Database