POCO became legendary after releasing the Pocophone F1 as the cheapest smartphone bearing the Snapdragon 845 SoC. However, after the buzz came an entire year of hiatus. This year, Xiaomi decided to revive the POCO brand and we already have plenty of new smartphones sporting POCO’s name. Unfortunately, the brand seems to be more a rebranding spree in India. The Poco X2 was nothing but a rebranded Redmi K30 4G from China. The POCO F2 Pro is also a rebranded Redmi K30 Pro 5G. Then, we have the POCO M2 Pro, it seems like an original product, but it’s too close to the Redmi Note 9 Pro. Now, it seems that POCO isn’t tired of this strategy as the recently released Redmi 9C might be released in India with a POCO name.

The Redmi 9C model number (M2006C3MI) was recently spotted when it made an appearance on TUV Rheiland and India’s BIS certification. Interestingly enough, this appearance was under the POCO branding. The Redmi 9C available in Malaysia boasts the very same model number. The handset also has codename “angelica”, while a tipster from XDA-Developers mentions that the device in India will be dubbed “angelicain”. It’s not the first time that we see such a move from Xiaomi. The Redmi Note 8 Pro bears “Begonia” codename, but the Indian units are dubbed “Begoniain”. 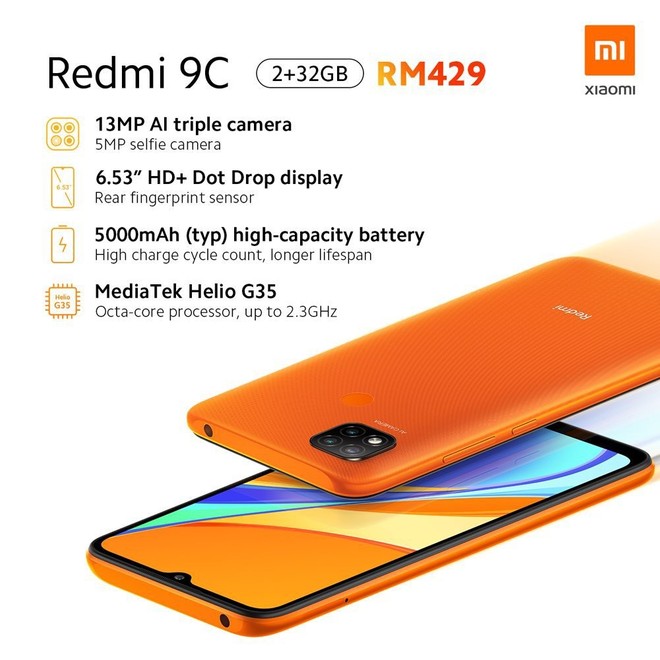 The Redmi 9C is already available in Malaysia and has been launched Globally a couple of days ago. For that reason, we know pretty much everything we can expect from this handset. Moreover, it will mark POCO’s entrance in the market of budget smartphones. According to POCO General Manager Mr. C. Manmohan, POCO dos share a centralized product Research & Development with Xiaomi. However, market strategy and sales are independent and differentiated from Xiaomi. The time will tell if the POCO community of fans will keep engaged with less appealing smartphones.

The Redmi 9C has a capable Helio G35 Octa-Core chipset and its global variant comes in 2GB + 32GB and 3GB + 64GB combos of RAM / Storage. In European markets, the respective prices are €119 (~$135,72) and €139 (~$158,52). The smartphone has a 6.53-inch display with a 5MP selfie shooter. Moving around to the back, we have a 13MP main camera alongside a 2MP and 2MP depth sensors. The handset draws power from a 5,000mAh battery, but there is a huge drawback. Despite this amount of juice, you’ll have to deal with the sluggish 10W charging of a micro-USB port. Unlike its Redmi 9A sibling, the 9C sports a rear-mounted fingerprint scanner.

We are curious to see how POCO fans will react to the first budget-oriented smartphone from the brand.