After some years watching Apple’s success with Apple Watch, it seems that companies out of Cupertino spectrum are finally collecting the fruits of this niche. The market of smart wearable devices, is actually, one of the few to bypass the damage caused in the industry by COVID-19. Now, customers have a big offer of smartwatches and smart bands to pick, for that reason, companies are running to bring down the price and to make their respective devices more competitive with innovative features.

A few months ago, Xiaomi introduced Redmi Band with a USB-A port for a direct charge, but more importantly, it came as a more affordable offer with the same features of the Mi Band 4. Now, many months have passed, and the wearable has finally escaped China. The first overseas market to get it is Taiwan, apparently, the global name of the wearable will be Xiaomi Mi Band 4C.

Mi Band 4C is a cheaper, but capable version of Band 4

Despite being offered as a cheaper variant of the Mi Band 4, the Mi Band 4C actually brings a lot of benefits over its sibling. First of all, we’re looking at a bigger OLED display and now extra charging cables or chargers since it features a USB-A port. The only drawback is related to the battery capacity. According to the company, this battery holds up for 14 days, instead of the promised 20 for the regular 4. Furthermore, the device also lacks NFC, just like the Mi Smart Band 4. 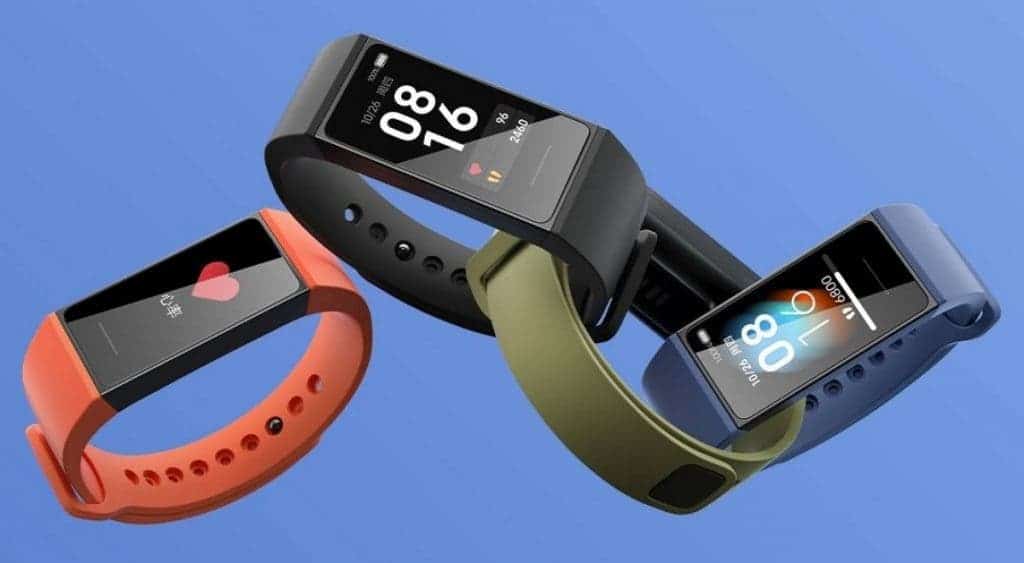 In Taiwan, Xiaomi is asking TWD495 for the Mi Band 4C which basically is around $17/€15. The Mi Band 4 is nearly 33% more expensive in the country where it sells around TWD795. The Band 4C is available in Orange, Black, Blue, or Olive Green Colors. It is already on sale in Hong Kong too. Thankfully, Xiaomi added the characteristic customization options of Mi Band here. The straps are interchangeable, and the company sells an extra pair in the country for around TWD75. Moreover, users purchasing a band plus the extra strap will pay only TWD545. If you get all three colors, it will set you back TWD645, which is still just $22.

We are curious to see how the Mi Band 4C will perform in Taiwan. Hopefully, the launch in the country is just a starting step for a bigger Global campaign. We believe that such affordable wearable will make success in Europe and other regions.