The market of gaming smartphones gained more traction this year thanks to companies like BlackShark, Nubia, and iQOO. While both Xiaomi and Vivo also need to focus on overall customers, Nubia is pretty much all focused in gaming smartphone devices. After releasing the Nubia RedMagic 5G this year, the company came with a more affordable Nubia Play 5 variant. Now, it’s time for a next high-end Nubia Red Magic 5S sporting the almighty Snapdragon 865+ SoC. Just as last year, Qualcomm unveiled a new overclocked version of its flagship SoC. Now, we’re about to see a huge plethora of high-end phones sporting it until the end of 2020.

It’s natural to see companies like Nubia interested in launching smartphones with this SoC. Especially now, that more gamer-centric phones are coming with this chipset like the Asus ROG Phone 3. Nubia wants to stay competitive with the H2 2020 gaming phones, hence, it is launching the Red Magic 5S with the newer SoC. But that device is not only about a performance increase. Company president Ni Fei did already tease that the new smartphone will sport an upgraded cooling technology, to make the most out of the new chip. Now, we can see an interesting schematic of this mechanism. 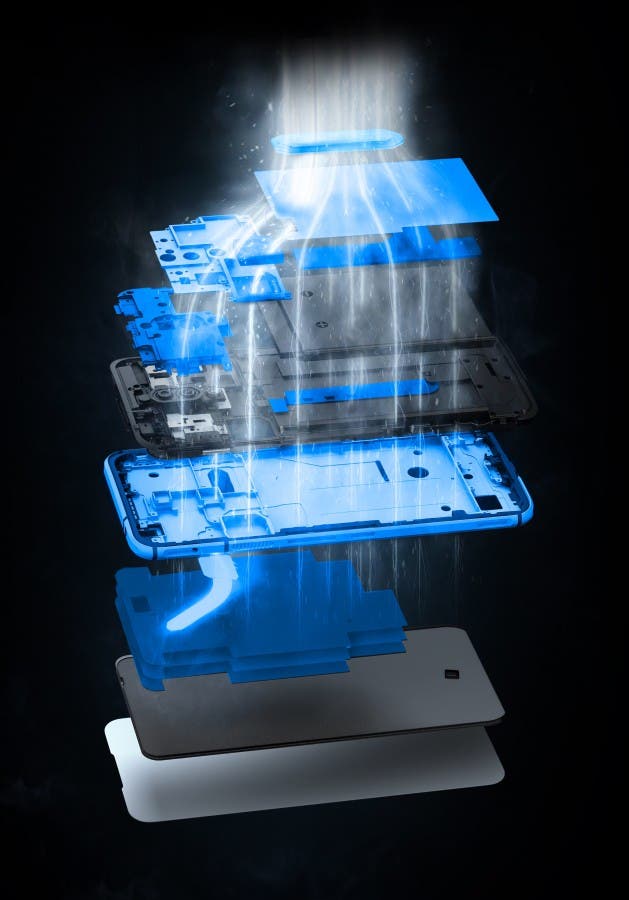 A premium cooling system to keep Snapdragon 865+ performance at max

The new cooling setup features silver. It’s one of the most thermally-conductive materials known to date. According to information from Weibo, the expensive material, under the “ICE Ag” marketing title, will either be used for coating certain components or as an entire thermally-conductive pad. Working alongside it on the Red Magic 5S will be a large 4842mm2 heat-dissipation copper “foil”. It also includes big vapor-chamber pipes, high-performance thermal gel and a signature Red Magic Built-in active cooling fan. The latter is a signature characteristic of this smartphone series. According to the leak, the centrifugal unit offers 15,000 rpm also includes North-to-South airflow. 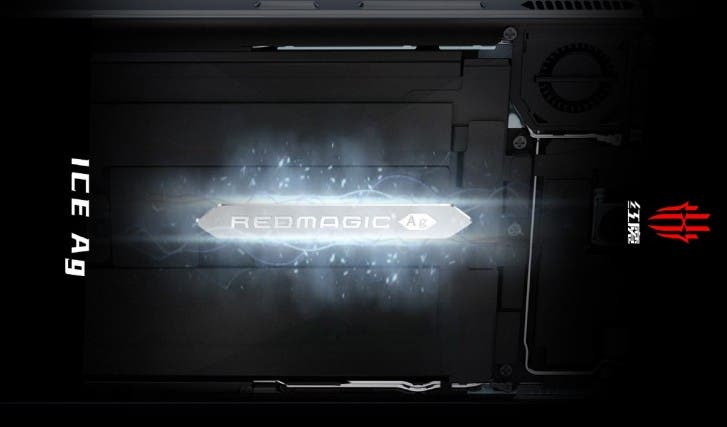 According to the report, the big plate near its top, right underneath the piece sticking out of the glass back of the phone is the actual silver or silver-coated material. Below that we have Nubia’s fan on the left and the motherboard housing the Snapdragon 865+. We also have its external modem solution for 5G connectivity. On the other side of the mainboard, we have what seems to be a big heat pipe/vapor chamber. There’s another unit positioned between the metal middle frame of the phone and its display. Considering the overall design, it’s safe to assume that most of the phone’s components are part of this advanced cooling technology.

Apart from the newer chipset, the Red Magic 5S will also pack LPDDR5 RAM and UFS 3.1 Storage. Moreover, we’re probably looking to another smartphone with a 144Hz AMOLED display.

Next Asus ZenFone 7 and ZenFone 7 Pro coming with Snapdragon 865 and SD865+, respectively