We already know that Asus is working on a new gaming smartphone dubbed Asus ROG Phone III. However, the new Republic of Gamers’ smartphone won’t come alone. According to several leaks and reports, the Taiwanese firm is also preparing a new duo of flagship smartphones. The Asus ZenFone 7 and ZenFone 7 Pro are running under the radar, while the spotlight is set on the new gaming phone. Today, new leaks came to reveal what we should expect from Asus’s new “standard” flagships.

In a sudden twist of fates, the new leak confirms that Asus is working on two ZenFone 7 models, namely ZenFone 7 and ZenFone 7 Pro. The latter variant is evident thanks to a kernel source code of a mysterious Asus smartphone. It boasts the Asus ZF moniker which is characteristic of the company’s flagship series. The company is rather quick in releasing its kernel source codes as it’s something mandatory. Apparently, the company is already preparing its kernel source for a public release. That will happen only after the device’s release, of course. The files reveal two different sets of core clock listing speeds of 2.84GHz and 3.09GHz.

The 2.84GHz frequency is rather familiar for Snapdragon 865 SoC fans as it is the rate of the single Prime Kyro 585 Core. The brand new Snapdragon 865+ SoC is for all effects overclocked version of its sibling offering 10% extra performance. Therefore, we have the Prime Kyro 585 Core clocked at 3.09GHz. Now, it’s easy to assume that the potential standard ZenFone 7 will feature a vanilla Snapdragon 865, while a ZenFone 7 Pro could come with a Snapdragon 865+ SoC. That’s the same chipset as the ROG Phone III. However, the ZenFone 7 is meant for the regular user. The ROG Phone 3, in counterpart, is a niche device with bulky design. 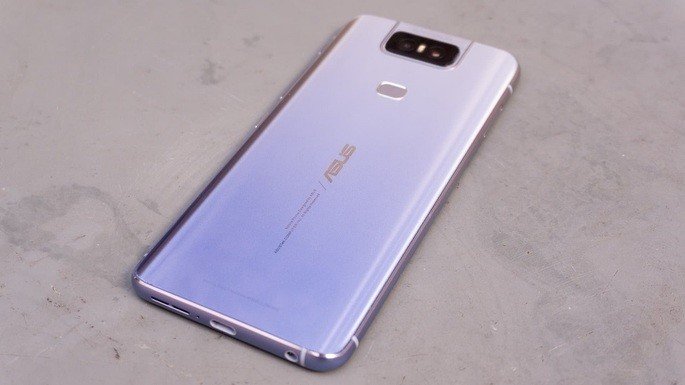 The ZenFone ZF model branding also seems to be an abbreviation for ZenFone. We have already seen a ZenFone ZF running on GeekBench with the very same “Kona” motherboard. Moreover, a separate Taiwanese source already hinted at the existence of a 7 Pro model. Hopefully, we will know more about Asus’ future flagships in the coming weeks. Hopefully, it will also sport an innovative camera mechanism like the last year’s Asus ZenFone 6 with a flipping camera. After all, it will be really sad to see the company with a nice idea like this giving up for the punch-hole selfie bandwagon.