We have already covered the launch of the new CUBOT X30 model, which brings five AI rear camera setup and nice full view display. And today we have good news for all the fans, because X30 is going to go on big sale via the Aliexpress brand activity. So starting from July 27th to August 1st you will have a chance to get it at a promotional price of only $148.99 for the 128 GB version and $178.99 for the 256 GB variant. That makes the price / value ratio extremely good.

The makers are trying to make a rough comparison with the CUBOT X30 to another very popular model, Huawei Nova 5T. According to their words the specs can be viewed as pretty similar, but the comparisons of course favour their product. Like it shows in the picture below. 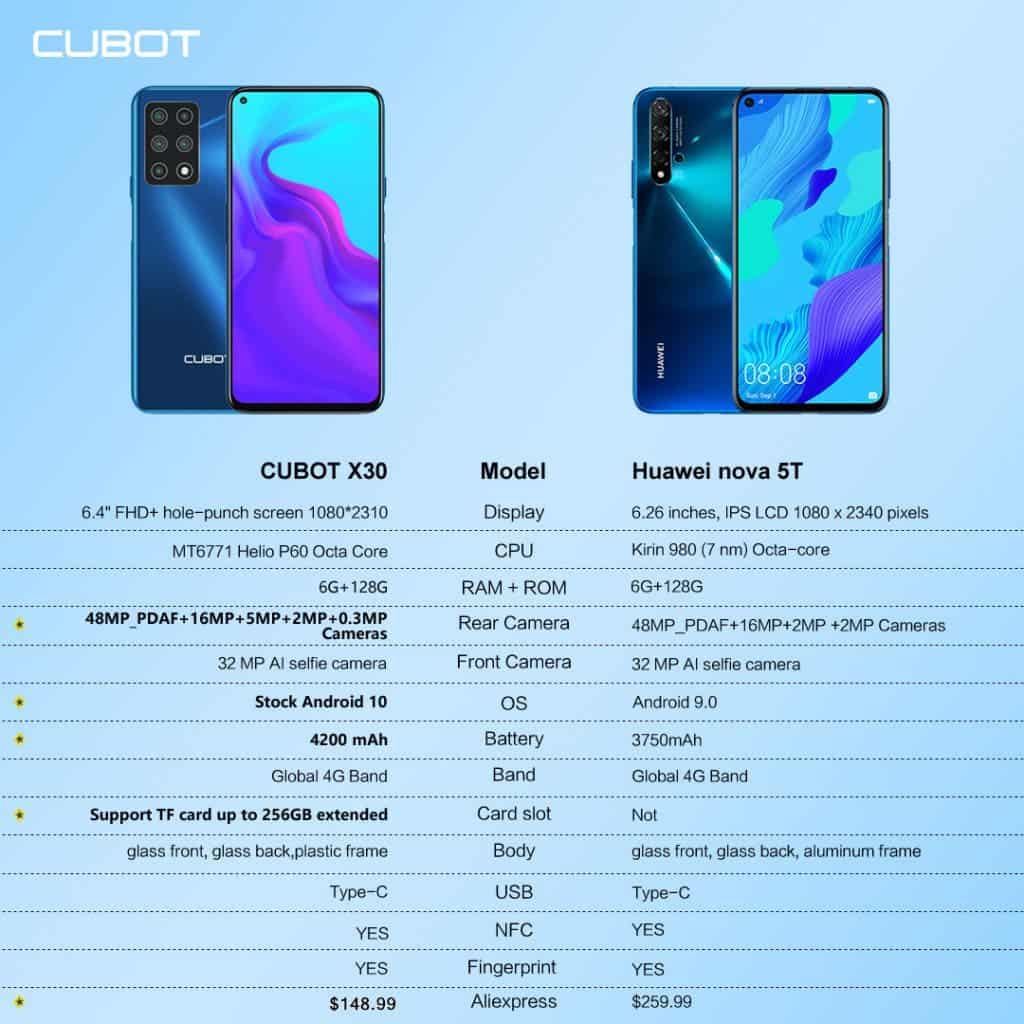 Besides the full view display, the biggest highlight of X30 features is the presence of five AI cameras. Main camera sensors are on par at least with the resolution, but Cubot X30 has a better 5MP macro camera, while the Huawei Nova 5T’s one is only 2MP. Not to mention one extra sensor on top of that.

Here’s where the Cubot X30 stands out as it hosts 4200 mAh battery while the Huawei Nova 5T comes with a smaller 3750 mAh battery.

Both Cubot X30 and Huawei Nova 5T are available in two models. X30 offers 6G RAM +128G ROM and 8G RAM +256G ROM, while Nova 5T offers 6GB RAM + 128GB ROM and 8GB RAM + 128G ROM versions. So the CUBOT model has the advantage in offering the superior internal storage space as an option. And it also has a TF card slot, while Nova 5T doesn’t. 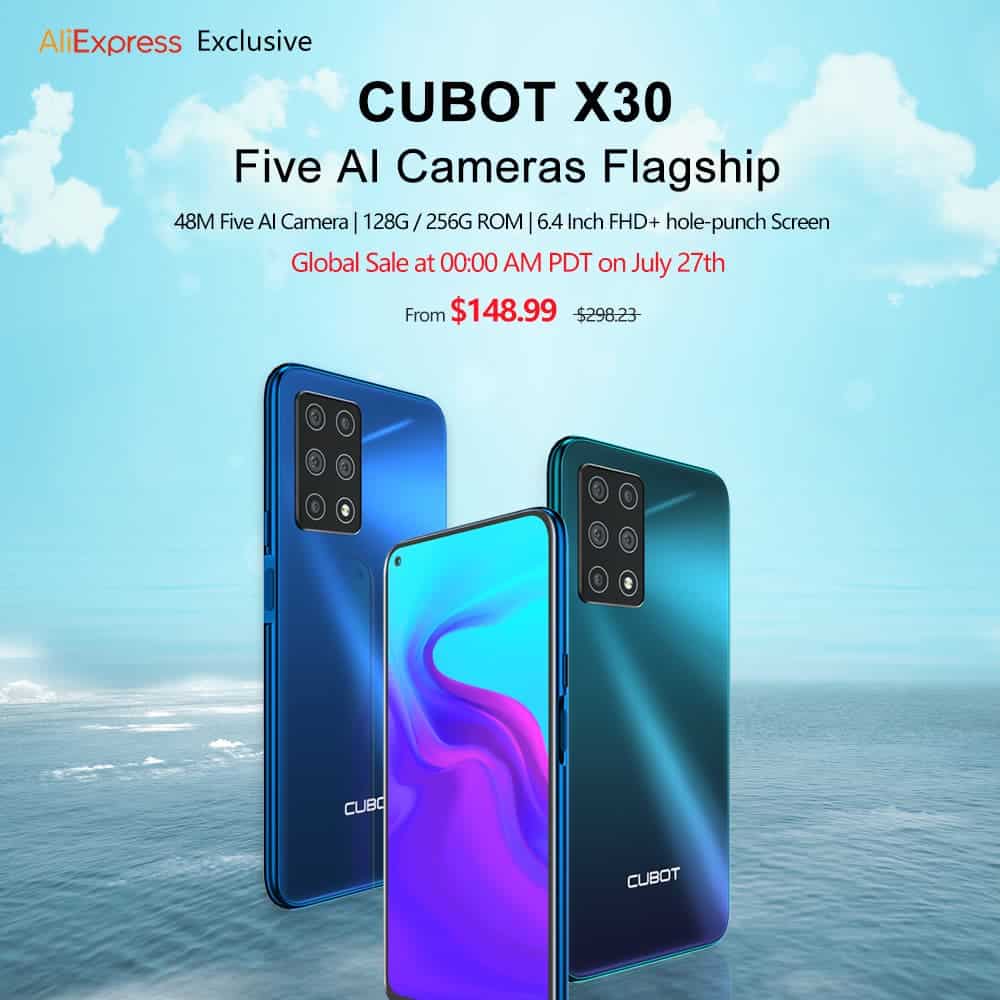 Cubot X30 runs on stock Android 10 with features like system-wide dark mode or privacy control feature, while the Huawei Nova 5T comes with EMUI 9.1 based on older Android 9.0.

As mentioned before, the Cubot X30 will hit the market at just $149.99 for 6G+128G version/ $178.99 for 8G+256G version. That’s almost $110 less than the Huawei Nova 5T that costs about $259.99 for the 6GB/128GB memory configuration. Obviously, Cubot X30 is the more cost-effective model than its competitor as their configuration is not much different. You can add it to your cart now so that you don’t miss the deal when it hits the market.

Next Realme 6i will land in India on July 24, It's a rebranded Realme 6S