At the Huawei P40 conference in April this year, Huawei launched a super-fast vertical wireless charger. The Huawei SuperCharge stand supports a maximum of 40W output and costs 279 yuan ($40). How fast is its charging speed? A recent test by Phonearenea reveals its prowess. Huawei’s vertical wireless charger uses a power adapter with a power of up to 65W. Due to the power of this wireless charger, it has to use an internal fan to actively dissipate heat. Fortunately, the fan does not make any noise. It will also switch to the ultra-silent mode from 00 to 07:00 so that it will not disturb light sleepers. 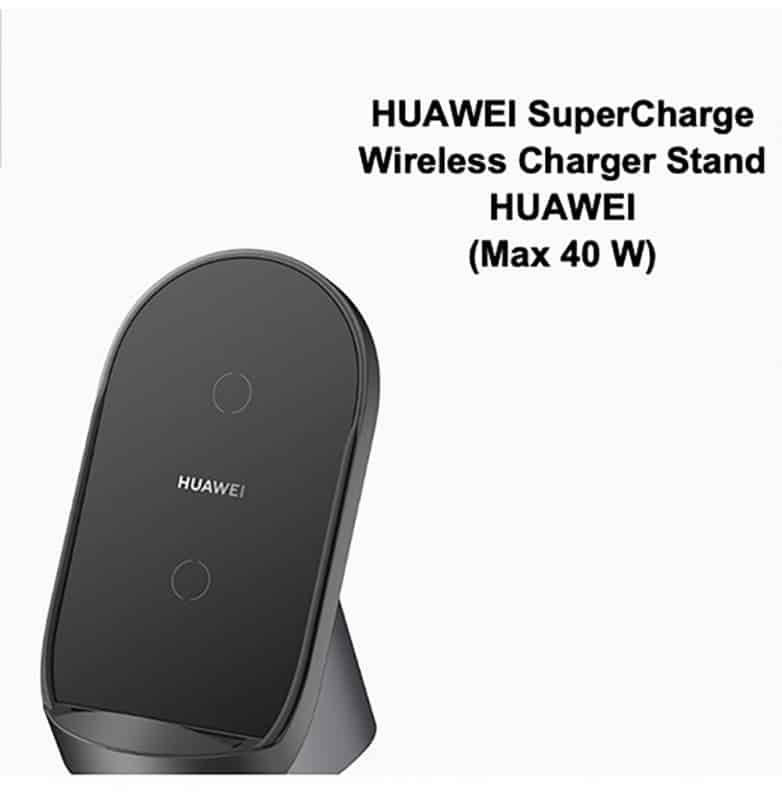 For the Huawei SuperCharge vertical wireless charger to hit its maximum 40W, there are some criteria it must follow. Firstly, it needs to use the Huawei SuperCharge adapter with output power above 50W. It also needs to use its own standard data cable. In addition, only Huawei P40 Pro+ supports a 40W wireless charging rate. The maximum charging rate of the P40 Pro and Mate 30 series is 27W. This only requires a Huawei standard 40W adapter and corresponding data cable.

However, since both chargers use the same 40W capacity, many will expect the charging time to be the same. Nevertheless, wireless charging efficiency depends on many variables. Firstly, the 65W output of the charger head narrows down to 40W at the emitting end. Recall that there is an active fan cooling involved in the process. Also, the electric flow across the glass cover, the 40W output will further drop a bit. This explains why the wireless charging solution is slightly slower.

When it comes charging capacity, Chinese manufacturer, Oppo, seems to be on top of its game. The company released the 65W AirVOOC wireless flash charging technology a few days ago. This wireless charger can charge up to 25% in 5 minutes. Of course, its actual performance needs to be tested.