Redmi AirDots are earbuds that worth their money and have rightfully become one of the best inexpensive TWS headsets. In just a few months of sales, the company managed to sell 3 million headphones. A couple of months ago, an improved version called Redmi AirDots S was released, and now it’s time for the second generation – Redmi AirDots 2. 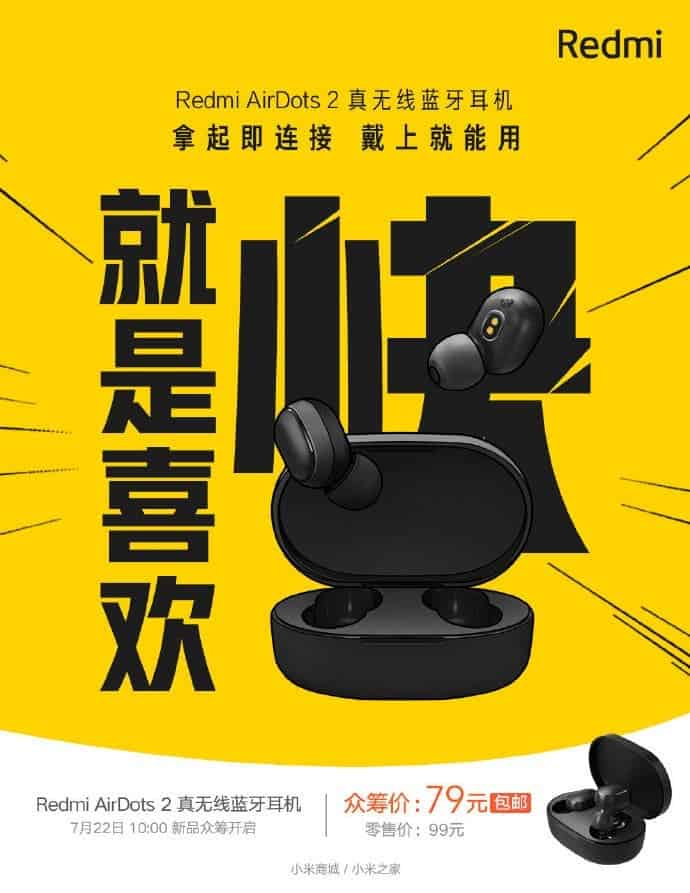 The company will begin fundraising for the new headset on its crowdfunding platform, and early adopters will be able to purchase it for $11. The headphones will hit the market for $14. They come with 7.2 mm sound driver that provide powerful low frequencies, as well as soft and fine-tuning of medium and high frequencies. To reduce environmental noise and improve the sound when making calls, they have proposed the Environment Noise Reduction technology. 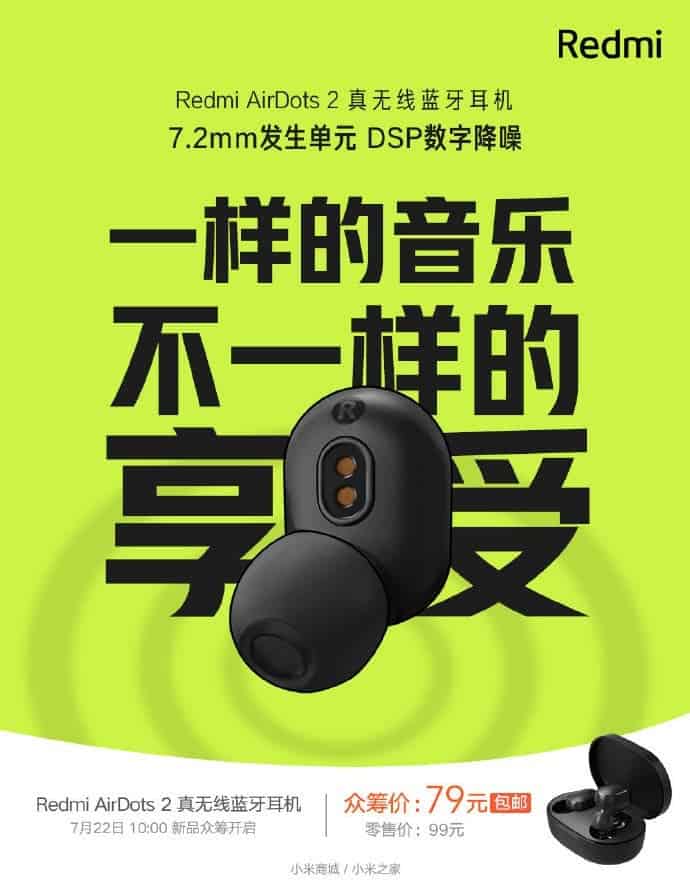 The company declares the installation of a Bluetooth 5.0 adapter, there is support for XiaoAI voice assistant and the weight of each earphone is only 4.1 grams. Redmi AirDots 2 will ship with three ear pads. In terms of autonomy, everything is almost the same as its predecessor. On a single charge, the headphones will work for 4 hours, and when using the charging case, the operating time can be 12 hours.

According to the official news, Redmi AirDots true wireless Bluetooth headset cumulative sales broke 3 million mark. The data is collected from April 9 to August 31, 2019. By the way, in the first month, it managed to ship over 1 million units.

The AirDots true wireless Bluetooth headset was released on March 18 this year. It officially went on sale on April 9. One of the key features of this product is the Bluetooth 5.0 support and the multi-function physical buttons.

As for the selling points, the Redmi AirDots are lightweight of 4.1 grams only. They have a 40mAh battery, which provides up to 4 hours of continuous music playback. With the case and the 300mAh battery inside, the battery life can reach 12 hours.