On March 18 this year, Xiaomi’s new independent brand launched the Redmi AirDots true wireless Bluetooth headset. Xiaomi is called Chinese Apple. So it’s not accidental most of its products are identical to what the Cupertino-based company creates. These earbuds are no exception. If you still doubt whether they can provide a good audio performance or not, you should know, according to the official news, the sales of this product exceeded 1 million in a single month. 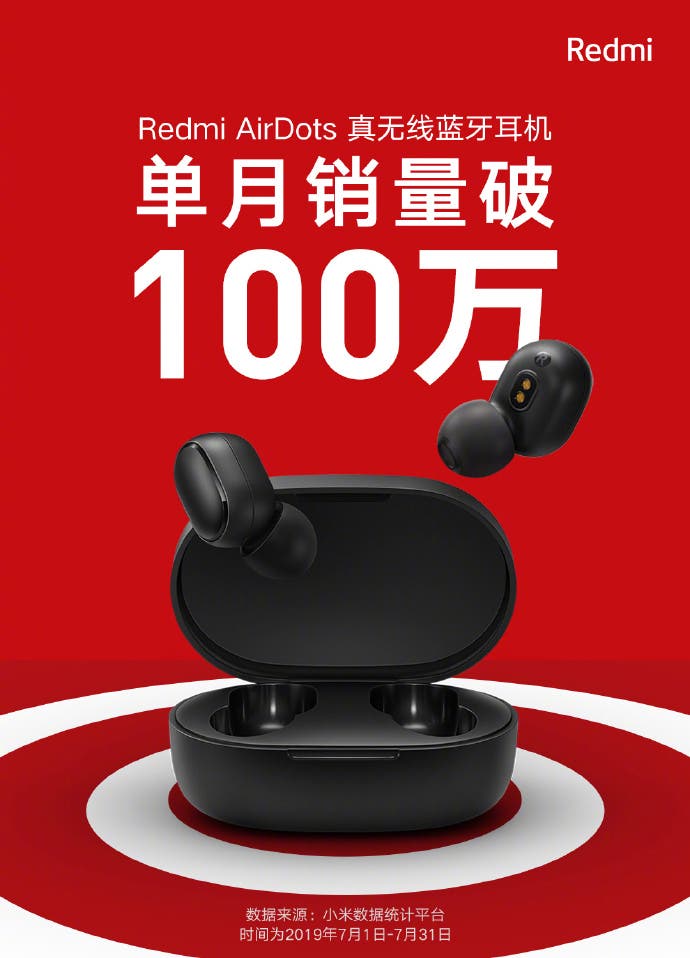 In fact, the Redmi AirDots look and act like their founding father, the Xiaomi Mi AirDots. They were announced last year and became very popular in a short period of time. The same fate has been waiting for the Redmi AirDots.

As for the selling points, the Redmi AirDots are lightweight of 4.1 grams only. They are packed with a 40mAh battery, which provides up to 4 hours of continuous music playback. With the case and the 300mAh battery inside, the battery life can reach 12 hours.

Of course, these earbuds support Bluetooth 5.0 connectivity with RTL8763BFR chip. They connect to the phone immediately once removed from the case.