Huawei’s Honor revealed the Honor 9A smartphone in March this year on its stronghold. As you might expect, the device is part of the entry-level A-series from Honor. It’s a budget device at a very affordable price. Honor will now take this handset to India in a bid to achieve popularity among the budget costumers. The new device will go official on July 31. The giant of e-commerce Amazon.in will be selling the handset there. As usual, the product page of the model is already live.

The Honor 9A may be considered an entry-level model, however, it’s as bad as some Android Go devices. It packs a 6.53-inch IPS LCD HD+ display with a waterdrop notch housing an 8MP selfie snapper. Under the hood, the smartphone flaunts a MediaTek Helio P22 SoC. It’s an old Octa-Core chipset but that still offers a good performance for basic applications and tasks. To make things more interesting, Huawei equipped the phone with 3GB of RAM and 64GB of Internal Storage. This is enough to ensure a pleasant experience with Android. 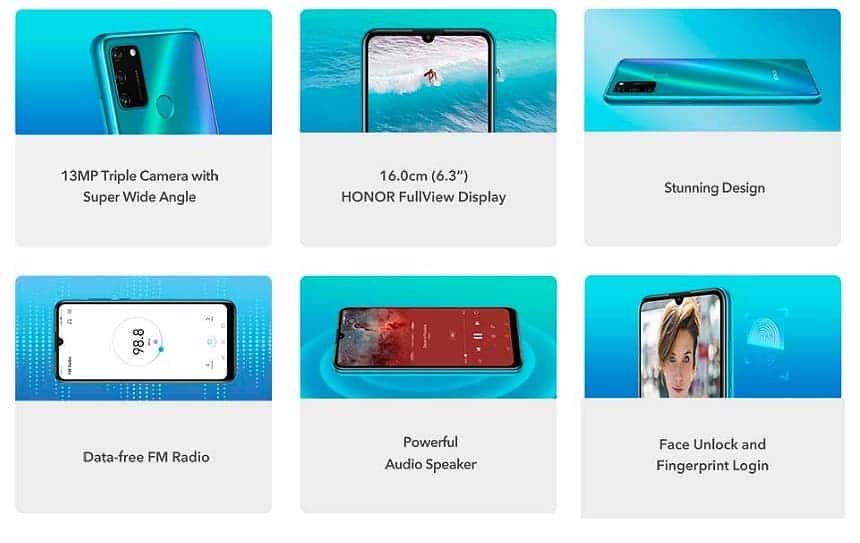 On the camera department, the phone sports a triple-camera array including a 13MP main sensor, 5MP ultra-wide-angle camera, and a 2MP unit for macro shots. On the software front, the handset boots Magic UI 3.1 on top of Android 10. Of course, this is Google-less Android. Instead, you’ll be getting all the plethora of applications included in the Huawei Mobile Services Ecosystem. The phone draws power from a massive 5,000mAh battery and also supports further memory expansion via a dedicated microSD card slot. This is a dual-SIM device with a fingerprint scanner, FM radio, and 3.5mm headphone jack. 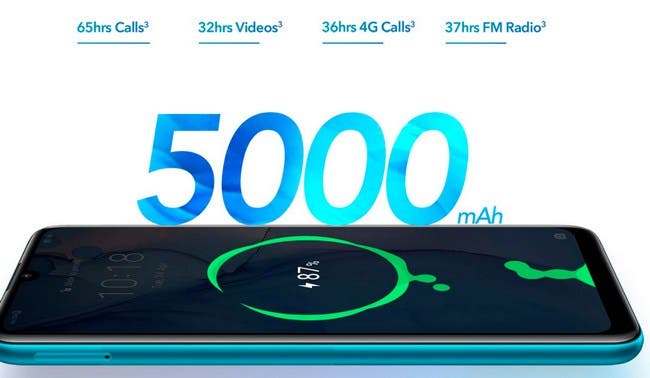 One of the most notable features of this handset is its NFC support. This is really unusual among cheap devices, so it’s definitively a plus for contactless payments. The phone supports Huawei Histen 6.0 feature and Smart PA audio system. The handset will be sold in Phantom Blue and Midnight Black colors. Unfortunately, there still no information regarding the price of the handset, but we may be priced below the $150 range.

The device will face strong competition in this segment with devices like the recently released Realme C11 and Redmi 9A as well as the upcoming Poco C3, which seems to be a rebranded Redmi 9C. Of course, we can take the NFC feature as a strong point as well as its Triple-camera array.

Next Nubia Watch is available for reservation, reaching the market on July 28