The leaks on the Samsung Galaxy Note 20 we saw yesterday have given us a pretty good idea on what the new smartphone series will look like. Now, the images that came from Winfuture – a German news site with an excellent reputation in the technology landscape – show the handset in basically every color variant except for one. As you may have already guessed from the title of the article, today we’re going to check out that missing piece.

The new images come from renown leakster Evan Blass or @evleaks for those who follow him on Twitter; the images include a good number of renderings that should be the same that Samsung will release on August 4th. These portray the Mystic Green color variant of the Samsung Galaxy Note 20; along with the others we had already seen: Mystic Bronze and Mystic Gray.

As far as specs are concerned, the basic Note 20 model comes with a 6.7-inch Super AMOLED flat display with a refresh rate of 60Hz, while for the Ultra variant the South Korean giant will probably bring a 6.9-inch AMOLED Infinity Dynamic panel; which is also curved and has a refresh rate of up to 120Hz. 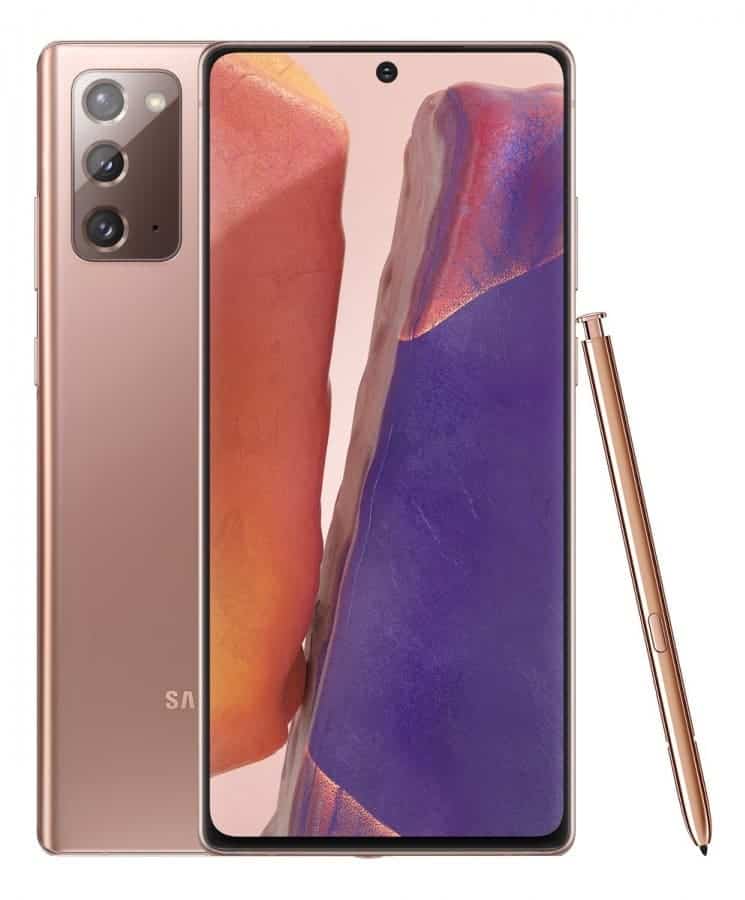 The latest leaks also revealed that inside the Galaxy Note 20 (at least in the variants that will arrive in Europe) we will find the SoC Exacos 990 Octacore from Samsung; which with its maximum clock speed of 2.7 gigahertz should offer more than enough performance. Nonetheless, it’ll still be below the Snapdragon 865 from Qualcomm that we expect to see outside of Europe and which should also ensure a better battery life. In addition, in the European version we expect to find up to 8 GB of RAM and an internal storage of 256 GB which, unfortunately, cannot be expandable.

Next Samsung has started working on One UI 3.0 based on Android 11