This happened almost immediately after the release of a similar companion application for the Galaxy Buds Live headphones in the App Store and Google Play. These headphones have also not yet officially presented. Enthusiasts of the XDA Developers community were not too lazy to get into the application code and find a number of interesting details about the upcoming new product.

The Samsung Galaxy Watch 3 will support gesture control. For example, clenching and unclenching your fist can answer an incoming call. To reject a call, just shake your hand. The process of taking screenshots has been simplified. Now it will be enough to simultaneously hold down both side buttons. Another not insignificant innovation is the drop detection function, like the Apple Watch. If the user falls, the watch will ring for 60 seconds and if the user does not respond, then the watch will send the location and 5-second audio recording to the pre-selected contacts. There is also a setting for making an emergency call in case of a fall.

In addition, we have a variety of watch faces that will be available for the Galaxy Watch 3 by default. Some of them include pieces of Samsung Galaxy Note 20 wallpaper. 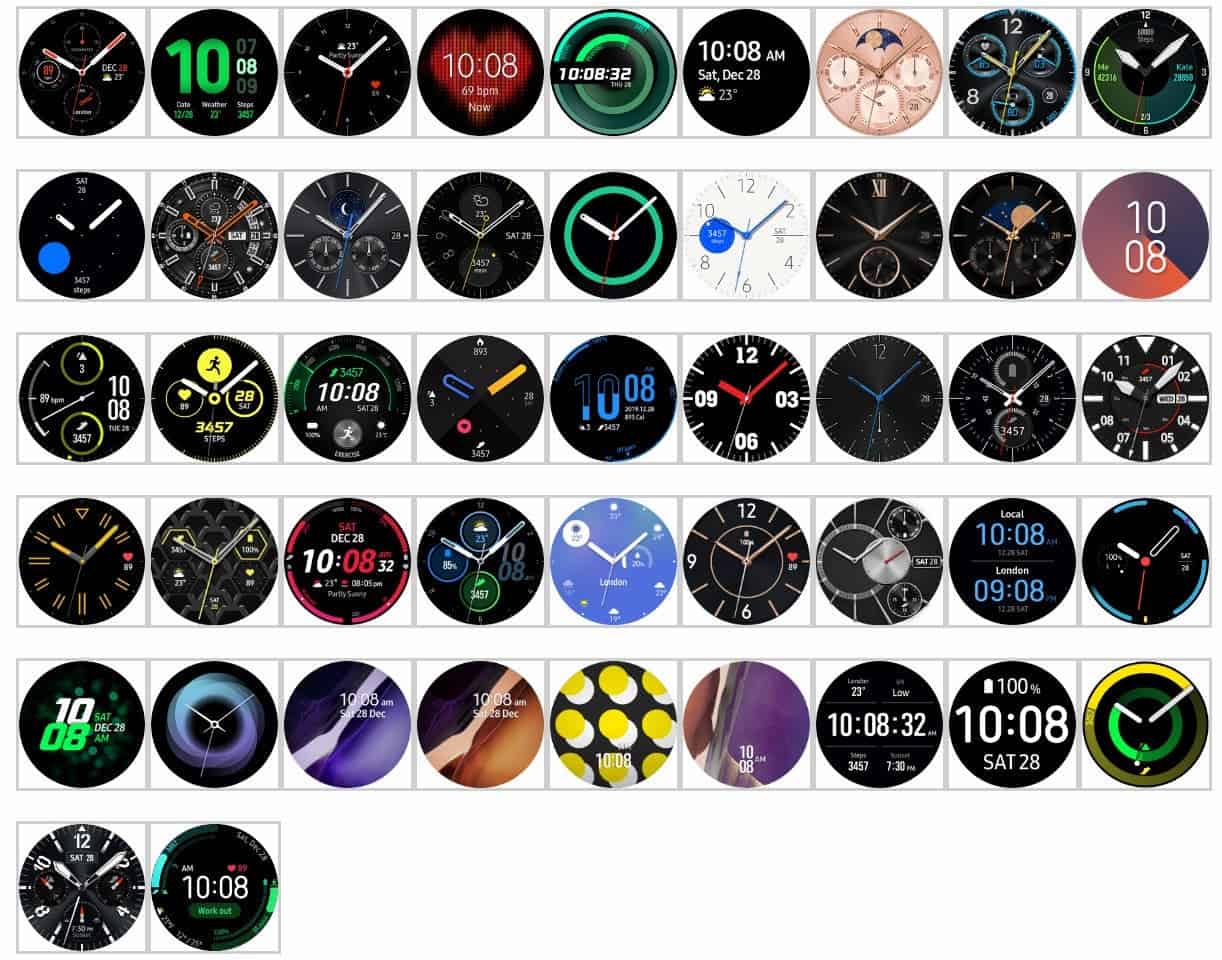 Recently, the insider Evan Blass has published a promo video of the upcoming Galaxy Watch 3. In previous leaks, we know almost all the basic specifications of the upcoming smartwatch. We know that the Galaxy Watch3 will have a round design that has already become a habit for Samsung. There are two versions to choose from 41 and 45 mm. The first will have a 1.2-inch display, the second will receive a 1.4-inch screen. The AMOLED panel itself has Gorilla Glass protection.

The smartwatch will arrive with a storage memory of 8 GB and 1GB of RAM. The Galaxy Watch3 corresponds to IP68 and MIL-STD-810G standards. This means that it is not afraid of dust and diving. And recently we saw a promotional video, which Samsung was likely to show at the presentation. It shows several dials at once, but the emphasis is on the communication capabilities of the watch.

Recall that the next iteration of the Samsung Galaxy Watch has been long-delayed considered Samsung didn’t even launch the second iteration. So it’s good to finally have a new version of the watch series.

Next Microsoft: Windows 10's new start menu will be pushed to everyone soon