The Motorola Moto G9 Plus is just passing from a rumored device to a smartphone that is inevitable. After surfacing in rumors earlier this month, the new mid-range has just appeared in TUV Rheinland’s certification. The device has been previously spotted with XT2087-1 and XT2087-2 model numbers. This time, the new certification document revealed the battery capacity and its charging speeds. Motorola released the Moto G8 Plus in October last year, so we can pretty much conclude that the sequel is on the company’s schedule for a near release. 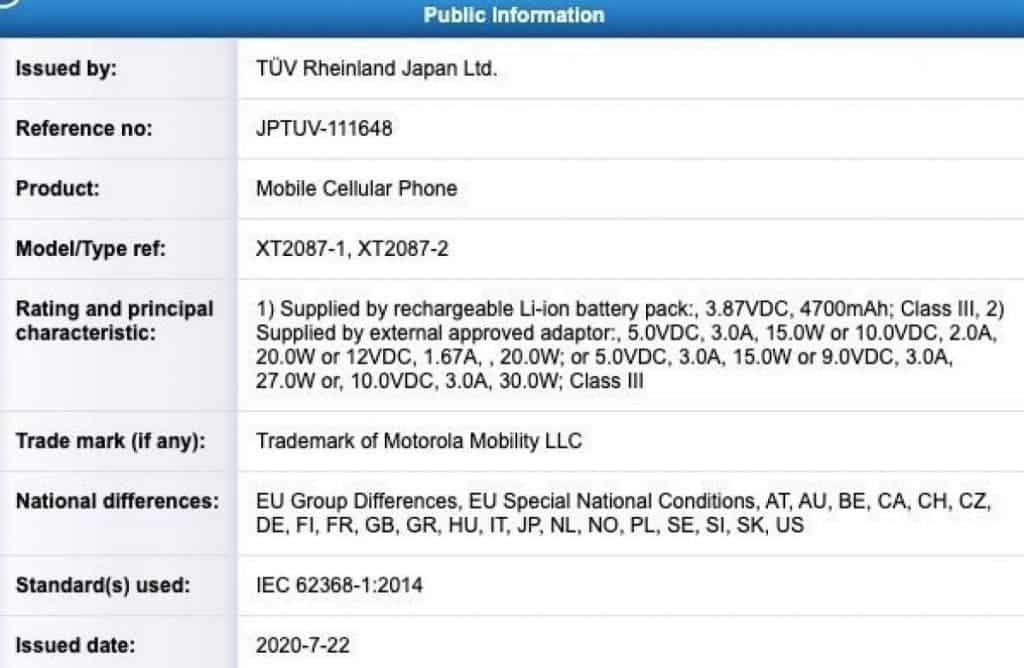 According to the document, the phone draws power from a large 4,700mAh battery. It can be charged at up to 30W speeds. That is pretty satisfactory for a smartphone that supposedly belongs to the mid-range segment. Devices in this class are still shipping with 18W charging rates, which at this moment just feels outdated. Unfortunately, the certifications don’t have the power to reveal if the appropriate charging brick will be bundled with the smartphone’s retail box. 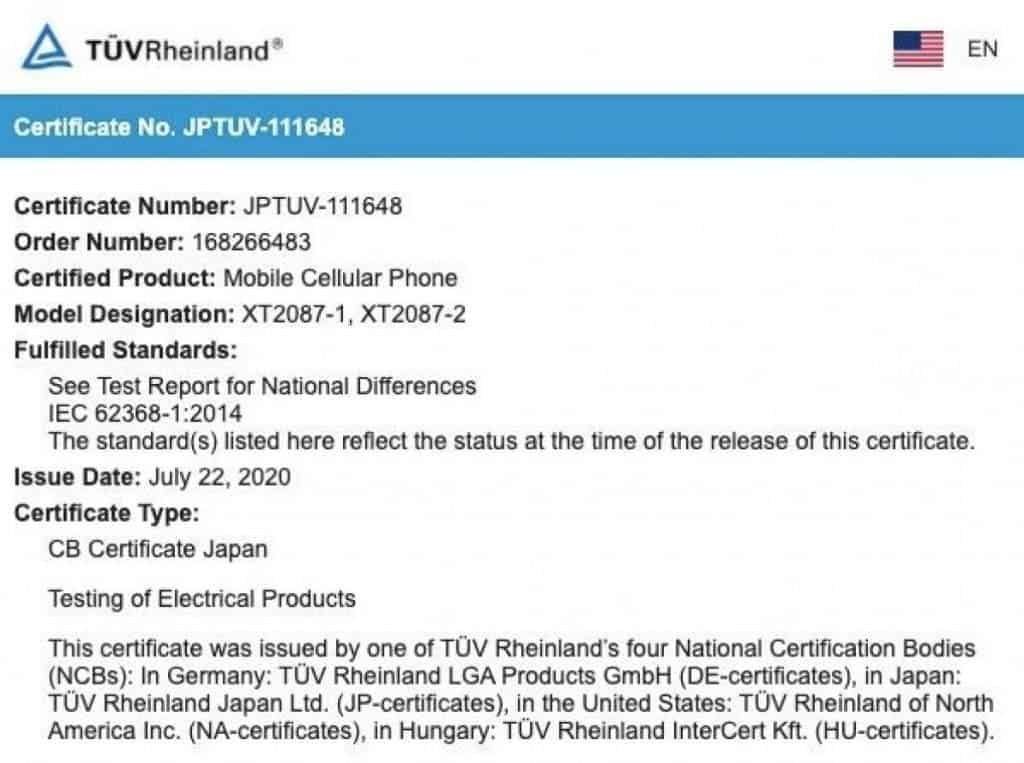 Earlier EEC certification suggested that the new smartphone will pack 4GB of RAM and 128GB of Internal Storage. That’s a good hint that this time, Motorola is not interested in falling behind the competition. We’re seeing a new Moto phone with appropriate specifications to compete with other devices in this segment.

The alleged price surfaced a few weeks ago

A couple of weeks ago the Moto G9 Plus has been spotted in an online price. The leakster Sudhanshu Ambhose just shared a screenshot of the phone’s price on Twitter. According to the leak, the phone price will start at €227.15. That’s a bit expensive depending on the specifications. All we know is that this price stands for the variant with 4GB of RAM and 128GB of Internal Storage. The listing also reveals that the device has dual-SIM Support, a recurring feature among Moto G series.

The device likely comes with Android 10 straight out of the box and doesn’t include 5G connectivity. So we’re looking to a new 4G smartphone with any of the current 4G SoCs that are available. We can’t discard the Snapdragon 720G as the most viable choice. This chipset supports 30W fast-charging technology. Using it would put the Moto G9 Plus on par and in direct competition with modern mid-range phones like the Redmi Note 9 Pro and Realme 6 Pro.

Next Google might reveal the Pixel 4a on August 3