Today, a leaked real controller of the Xbox Series X appeared online. According to the poster, he took this photo at a party organized by a Microsoft employee for children in Washington. However, both the Reddit account as well as the image has been deleted. Nevertheless, we still have a hold on the image. The image looks real and it’s probably the real deal. 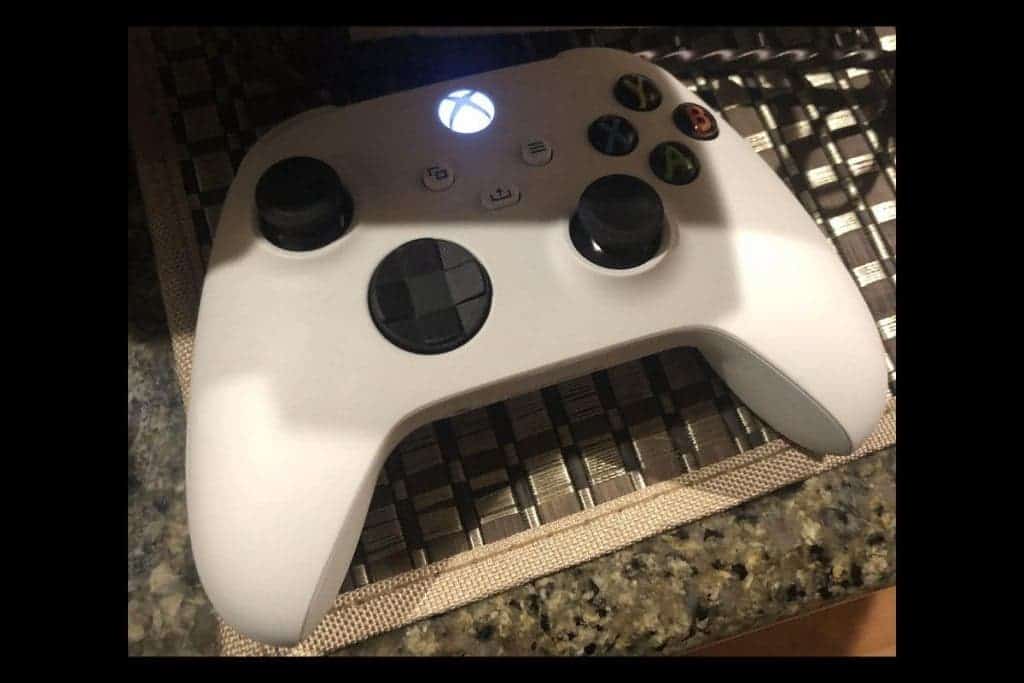 This image should be the controller of the Xbox Series X because it uses a new D-pad, as well as a new sharing button. Before the user deleted the account with the name “Wolfy_Wizzardo”, he claims that the console is also white and “looked more squarish and the Xbox button looked bigger on it.”

The poster also claimed to have played games on the console, and the interface looks like the Xbox One UI. According to speculations, this white Xbox controller may indicate that there are other versions the console. Previous reports claim that Microsoft will launch a cheaper version of Xbox Series X in August, code-named Lockhart.

The company also plans to improve some old games running on the Series X by increasing the frame rate. “The compatibility team has invented new technologies to enable more games to run at higher resolutions and image quality, while still respecting the original author’s artistic intent and vision.” Ronald said, “We have a new innovation, including increasing the frame rate of a select set of games from 30fps to 60fps or increasing 60fps to 120fps”.

All of these improvements are part of Microsoft’s ongoing backward compatibility work. These features allow the first-generation Xbox, Xbox 360, and Xbox One games to run on the Series X. Microsoft plans to showcase some first-party next-generation games in July. Ronald said: “Our 15 Xbox game studio team is working hard to build the largest and best exclusive lineup in Xbox history.”

Previous Huawei is done with global 5G deployment - it's moving ahead

Next Red Magic 5S will wirelessly cast games to TV, works as a controller