Over the past few years, we saw companies running to deliver the fastest charging technology in the market. We reached a point where battery life is pretty satisfactory with 4,000mAh batteries being a standard. To make things more interesting, the new fast-charging technologies are reducing the necessary time for replenishing those big batteries. In the end, we can have a decent amount of battery life and in the same way charge the phone fast. Companies like Oppo and Vivo have been developing cutting-edge fast-charging technologies. This year we’ve seen the highest 65W fast-charging solution reaching the market. But apparently, it will not be the maximum output achieved in 2020 thanks to iQOO.

iQOO is an important company in Vivo’s dual-brand strategy. Since its inception, the sub-brand has been pushing competitive smartphones with decent prices and innovative specifications. The company recently announced a whopping 120W Super FlashCharge solution. The company held a press conference in China to reveal the new technology. Now, a new report indicates that we’ll see this new technology in action for the first time this week. 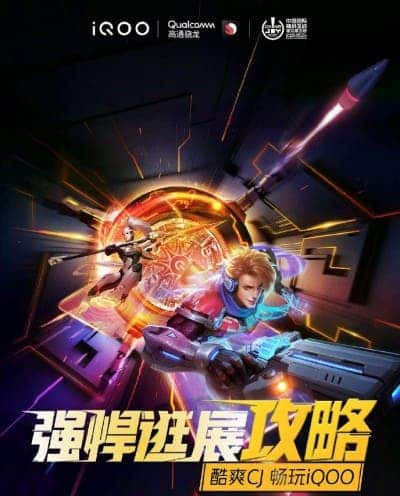 During this year’s China Joy, which is scheduled for July 31 to August 3, iQOO, is going to showcase a phone at its booth. This phone will be equipped with the company’s recently debuted 120W Super FlashCharge technology. The company shared a teaser post confirming the presence of a smartphone with 120W charging. However, it’s unclear if we are going to see a new smartphone or if it will be just a prototype to tease the new technology. Alongside the new charging tech, the company will reveal an immersive 144Hz display. This isn’t big news, not even for iQOO gaming phones. Perhaps, there is a new technology involved in this new particular display.

Read Also:  Vivo Pad specifications and price have been tipped 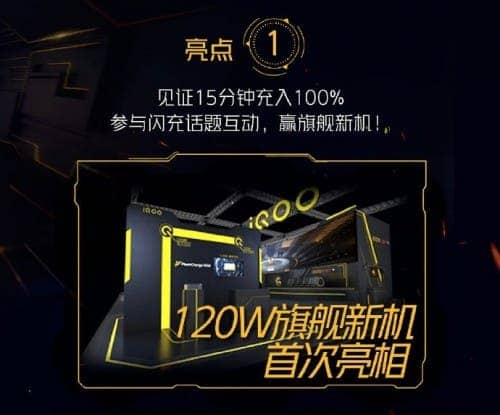 Vivo held a conference in China earlier this month. However, it was quite short for all standards. During the event, the company showcased the charging capabilities on a demo device. The smartphone running on a 4,000mAh battery topped up from flat zero to 100% in just 15 minutes. That’s is really impressive. Just imagine using your phone for the entire day and then being able to fully replenish its battery in 15 minutes. The new technology will be able to offer twice as fast charging solutions currently offered by some 2020 smartphones.

One time that Vivo already used a demo device on the technology reveal, we’re hoping that this time around, we’ll see an actual smartphone.