Started as a smartphone manufacturer, Realme has now diversified itself into other spaces as well since the beginning of this year. The brand has already reflected its intention to launch more smart products numerous times in the past. Well, it seems like the Chinese brand has an electric toothbrush in its sleeve. Following the footstep of its arch-rival Xiaomi, Realme is now working on its own iteration of the smart toothbrush dubbed M1 Sonic Electric Toothbrush. The product has now appeared on the TUV Rheinland listing for certification confirming the moniker. 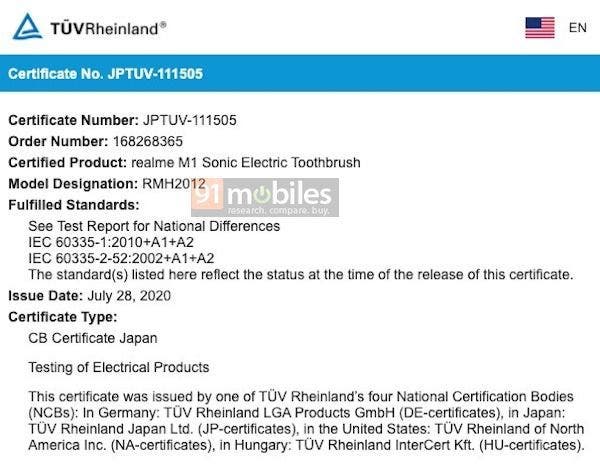 The upcoming smart product has now appeared on the listing touting the model number RMH2012. The listing seems to have confirmed the moniker for the product. It’s going to be called Realme M1 Sonic Electric Toothbrush. Apart from confirming the name, the listing hasn’t really talked about the product’s smart capabilities. Since the toothbrush will fall under the company’s AIoT lineup, we should see some interesting features in the tow. With this product, the product will compete with Xiaomi’s offerings which are already available in major markets such as India. 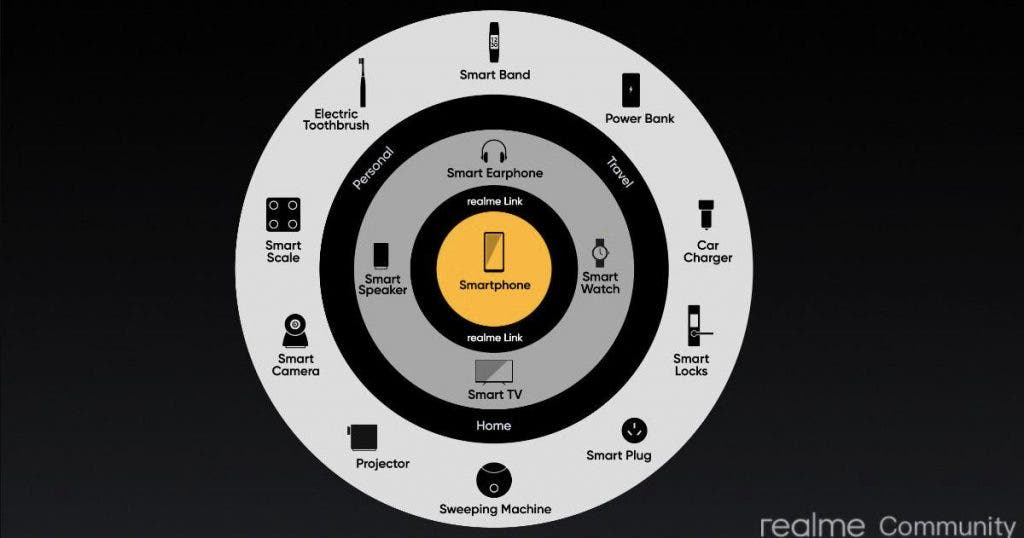 For its AIoT lineup, Realme is working on a plethora of products such as electric toothbrushes, smart speakers, smart home accessories, and smartwatch. Since the company’s core focus has always been on the Indian market, these products will eventually make its way to the country. Smartphone manufacturers are slowly trying to diverse themselves to more range of products and Realme will soon follow the same suit. Since the product has now appeared on TUV Rheinland, it is safe to assume that the launch is somewhat closer. With that said, we should expect more information to come forward soon.

What Realme is up against?

As mentioned earlier, the Realme M1 Sonic Electric toothbrush will compete with the likes of Xiaomi’s Mi toothbrush. Xiaomi introduced its Mi Electric Toothbrush T100 in the Indian market with its crowdfunding platform. The product comes with features such as an auto timer, dual-pro brush modes. It also arrives with 30-day battery life, fast charging, and much more. Xiaomi’s offerings are more of a toothbrush that vibrates meaning users will have to do most of the movement. It would be interesting to see what new smart features Realme will bring to its product and how well it will perform in the market.