The development of smartphones is consistently yielding results and some of the outcomes are quite interesting. Recently, there were reports that Google is working on a double-tap gesture function on the back of a phone. By double-tapping the rear of the smartphone, users can activate certain features. These features include the camera, Google Assistant, play and pause music, etc. Of course, Google’s work focuses on Pixel devices running on Android 11. Now, there are indications that Xiaomi MIUI 12 is also working on a similar feature. 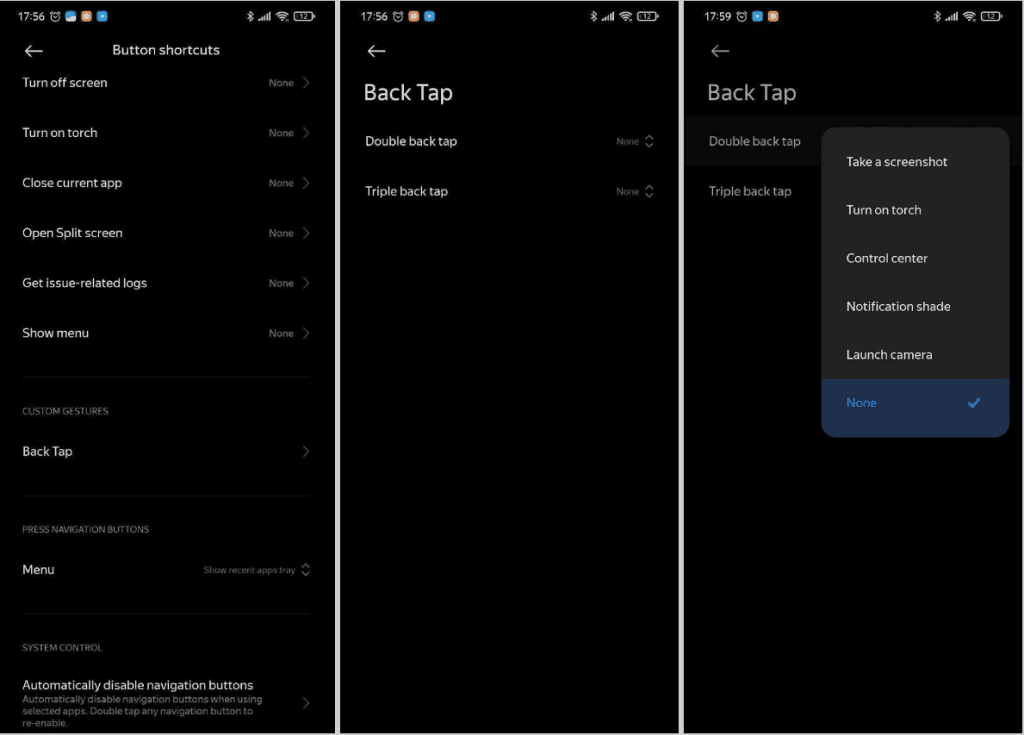 According to XDA Developers, the code in the latest MIUI 12 beta indicates that Xiaomi is also developing the tap gesture function on the back of the device. The taps will be double taps or triple taps, and these taps will activate different actions. The code in MIUI 12 indicates that this feature is under active development. According to XDA, this feature is not active on the Redmi Note 7 for now.

Nevertheless, the scope of Xiaomi’s rear tap function will be quite different from Google’s. It appears that Xiaomi is looking at taking screenshots, turning on the flashlight, launching the control center, launching the camera, or opening the notification center. These are the features that the double or triple taps should activate. However, since this feature is still in development, it could offer more upon its official launch.

Apple has successfully implemented this feature in iOS 14 and allows users to double-click and triple-click on the back of the phone to initiate various operations. It now appears that Xiaomi MIUI 12 is also studying similar functions.

It is not yet known when Xiaomi will release this feature to users. We can only hope that it will be launched as soon as possible.

According to MIUI engineers, MIUI 12 is self-researched and reconstructed from its pre-existing technology. Xiaomi officials emphasize that MIUI 12 is very realistic irrespective of how you use the system. MIUI’s desktop icons also achieve elegant spatial movement.

In addition, MIUI 12 upgrades privacy protection, bringing three privacy features: flares, interception nets, and hidden masks. The MIUI 12 flares faithfully record all sensitive behaviors of the App and present them to you. It is worth noting that this system brings a global free window. When a message comes, you can slide it down to enter the small window mode, and slide it up to exit. For applications that only need to view the status, drag to the corner of the screen to hang.