Apart from Galaxy Note 20 series, the next much-awaited smartphone from Samsung is the Galaxy Z Fold 2. The device will see its official unveiling on August 5 at Galaxy Unpacked 2020. Unlike other upcoming Samsung devices, we see very few leaks surrounding the next foldable smartphone. To add to the roster, we now have a leaked image of the smartphone. The image confirms the branding of the product along with a punch-hole design.

Galaxy Z Fold 2 leaked image is here and here what it reveals! 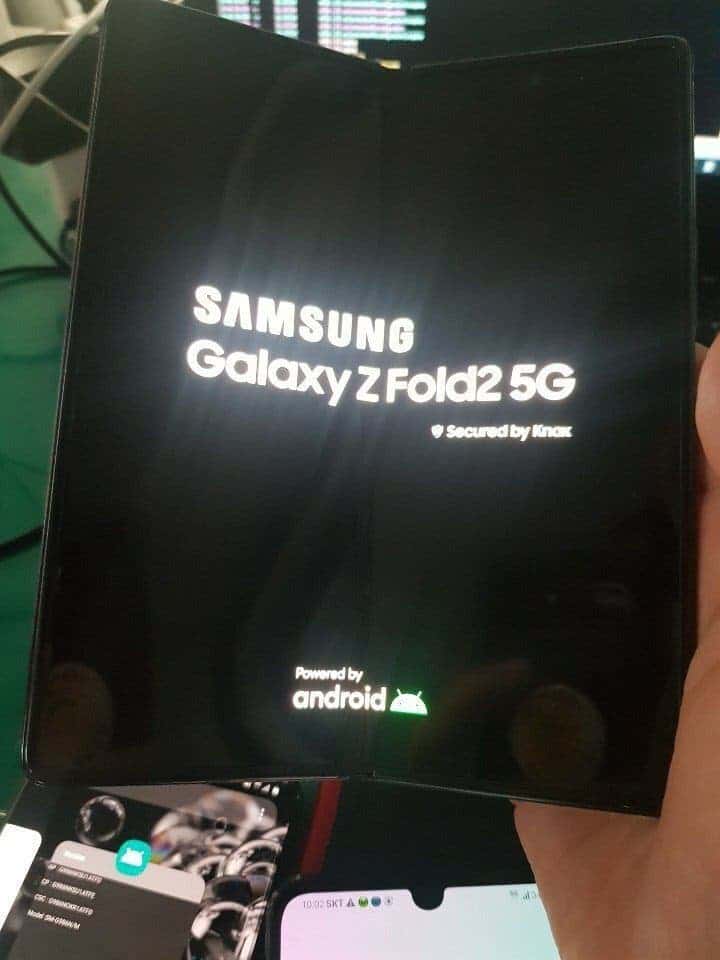 As per the image, Samsung will use Galaxy Z Fold 2 5G as the branding for the next-gen foldable smartphone. We might only see the device launching in a single 5G variant. If you look closely, you can also see the punch-hole cutout housing the selfie camera sensor. You can also clearly see the punch-hole cutout in the previous leak of the smartphone. For those who’re unaware, the original foldable smartphone comes with a wide notch housing 10MP+8MP dual selfie camera sensors.

Considering previous leaks and rumors, the Galaxy Z Fold 2 will arrive with a 7.59-inch Dynamic AMOLED panel with 120Hz on the inside. There is a 6.23-inch AMOLED cover display on the outside. The device will come with the latest flagship Snapdragon 865+ chipset paired with up to 512GB onboard memory. For optics, there is going to be a triple rear camera module featuring two 12MP and 64MP lenses. Both the display have a 10MP selfie shooter housed inside the punch-hole cutout.

All of these would run on a 4,365 mAh battery packed inside that will also support 25W fast charging. We will also see the 15W Qi wireless charging and of course, reversible wireless charging. On the software front, the phone will run on the Android 10 operating system with One UI 2.5 skin on top.

will cost the same as the original model

Last week, we saw reports flooding over the internet claiming to have revealed the pricing of the Galaxy Z Fold 2 smartphone. As per the leak, the second iteration of the foldable smartphone will cost the same as that of the predecessor. This means that we’re looking at an expensive $1,990 price tag. There is one thing to note is the mentioned price tag was for the LTE version of the foldable smartphone. The 5G variant, on the other hand, was priced around $2,200.

Next Galaxy Note 20 will make use of a heavily optimized Exynos 990, rumor suggests