OnePlus has just revealed its first mid-range smartphone in some years in the form of OnePlus Nord. The handset is very competitive with a Snapdragon 765G and a powerful Quad-Camera array. Apparently, the Nord is more than just a smartphone but an entire series made of more affordable OnePlus phones. According to rumors, the company will reveal another OnePlus Nord smartphone with the Snapdragon 690 SoC which also boasts 5G capabilities. With new smartphones, new concerns will arise, and the OnePlus Nord is no exception. According to reports, users of the Nord are facing display tint issues at low brightness. OnePlus simply can’t deliver a smartphone without display issues.

If you’ve been following OnePlus news, then you know that the recently released OnePlus 8 Pro also came with display issues. The brand’s flagship of H1 2020 had several problems related to its displays. The big coincidence is that some issues are also related to using the phone at lower brightness levels. Some users of the OnePlus Nord tool to Reddit and OnePlus community to share the issues they are facing on their unit. Apparently, most of the users have the same color tinting problem when brightness is set lower than 25%. It’s a purple-ish tint that happened even with the folks at 9to5Google. 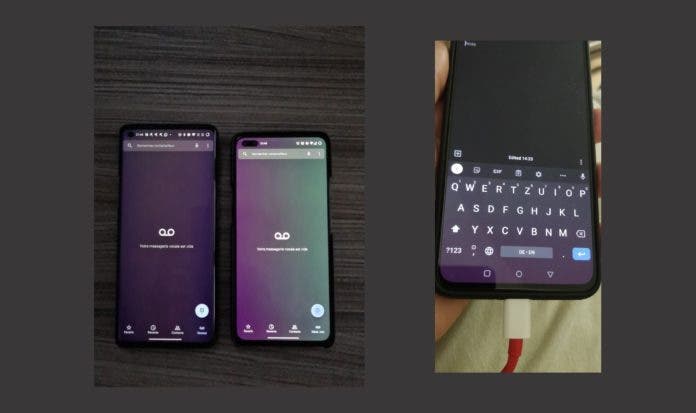 OnePlus is pretty aware of the issue and already made the following statement:

“a slight display discoloration may occur due to the properties of the AMOLED display” and it even affirmed that “this is not a quality issue and will not affect daily usage or the durability of the screen”.

This obviously isn’t the answer that users were expecting. After all, OnePlus didn’t say that will work on a fix to reduce the tint. It basically says that this is something that happens with an AMOLED display. With the OnePlus 8 Pro, the company limited the low brightness level to prevent this issue. We expect the same to eventually happen with the OnePlus Nord in the future. The big question is why the very same issue is happening again with a new smartphone. The company needs to improve its screen calibration process or at least make more extensive tests on every brightness level to determine which ones will be better for the costumers. Hopefully, a software update will be able to address this issue in the future.

We just hope that future OnePlus phones don’t come with this problem.

Next Huawei to pay Qualcomm $1.8 billion lump-sum - see why