Samsung is gearing up for its biggest 2020 event so far in the form of Galaxy Unpacked. The company will unveil a plethora of new products including the Galaxy Note 20 and Galaxy Z Fold 2. However, the company will also introduce some wearables like the Galaxy Buds Live and the Galaxy Watch 3. Last, but not least, we have a pair of new slates in the form of Galaxy Tab S7 and Tab S7+ coming with flagship hardware. The full specifications have been revealed through an extensive leak earlier this weeks. Now, both tablets appeared on Google Play Console, which confirms the key hardware.

Meanwhile, the reliable leakster, Evan Blass, shared a couple of official images confirm everything we know so far. The device ships with a revamped S-Pen experience and thin bezels. Moreover, there’s no visible fingerprint scanner, this is due to the fact that this time around the sensor will be embedded underneath the AMOLED panel. According to reports, this something that only the Tab S7+ variant will have.

The new Galaxy Tab S7 will ship in both Wi-Fi only and Wi-Fi + LTE flavors. The Galaxy Tab S7+ takes the spotlight thanks to a brand new variant sporting 5G connectivity. Of course, its availability will depend on the market. The Google Play Console listing states that the Snapdragon 865+ will be carrying the show and there will be 6GB and 8GB of RAM variants. The resolution of the displays is also in line with previous leaks. The Tab S7 has 2,560 x 1,600 pixels of resolution while the Tab S7+ ships with 2,800 x 1,752 pixels of resolution. According to previous leaks, both screens support 120Hz refresh rates. Moreover, both support the proprietary S-Pen stylus. It will be the same stylus found on the Note 20 series. 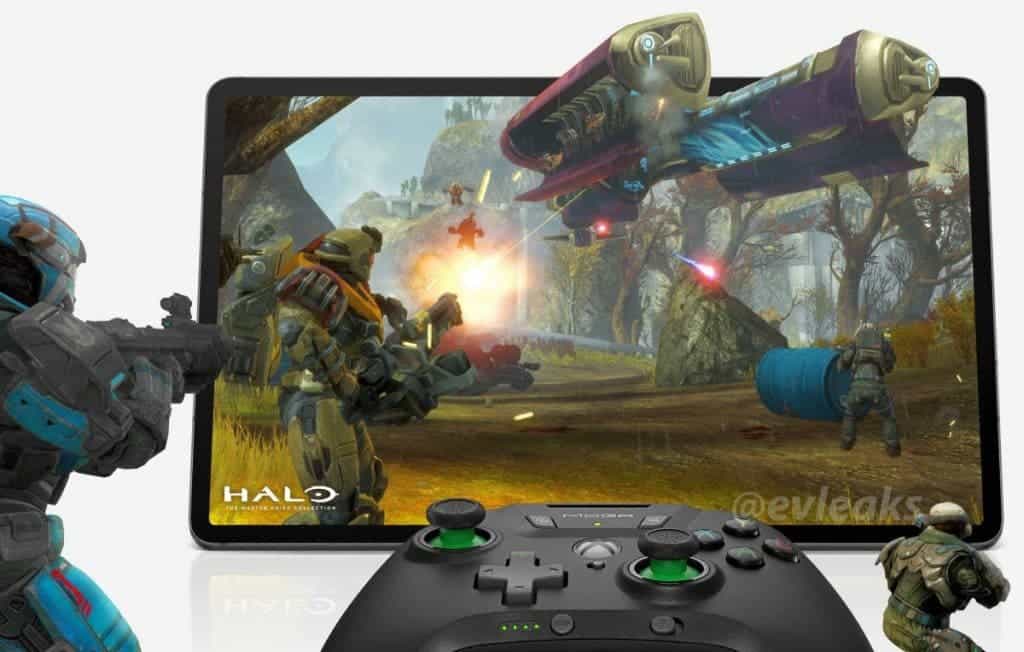 Evan Blass leaked images also give us a good glimpse of the Xbox Cloud integration. Samsung and Microsoft partnered to ensure that both Galaxy smartphones and tablets will offer seamless support for the company’s cloud gaming platform.

More details should be revealed in the coming days.