While Samsung is preparing for the premiere of the new flagships of the Galaxy Note 20 line, many users are eyeing another promising model of the company – the Galaxy M31s. It does not aim at the flagship level, but at its relatively low price, it will offer users a very balanced set of parameters.

The full specifications of the upcoming Galaxy M31s has leaked

It should be noted right away that this is not the first leak of the specs of the Galaxy M31s, but the new data specifies the amount of memory and camera details. So, as reported, the smartphone will be available in two versions – with 6 or 8 GB of RAM. The amount of flash memory in both cases is 128 GB.

The Super AMOLED screen features a 6.5-inch diagonal and 407 pixels per inch. The front camera is embedded in the upper part, the fingerprint scanner is also integrated into the screen. Front camera sensor resolution is 32 MP. The rear camera uses 64 MP, 12, 5 and 5 MP sensors. The hardware platform of the device is based on the Exynos 9611 SoC.

The battery capacity is 6000 mAh. It supports fast charging with a power of 25W, there is a USB-C port. The cost of the new device has not yet been announced, but here you can take the price of the Galaxy M31 as a guideline. 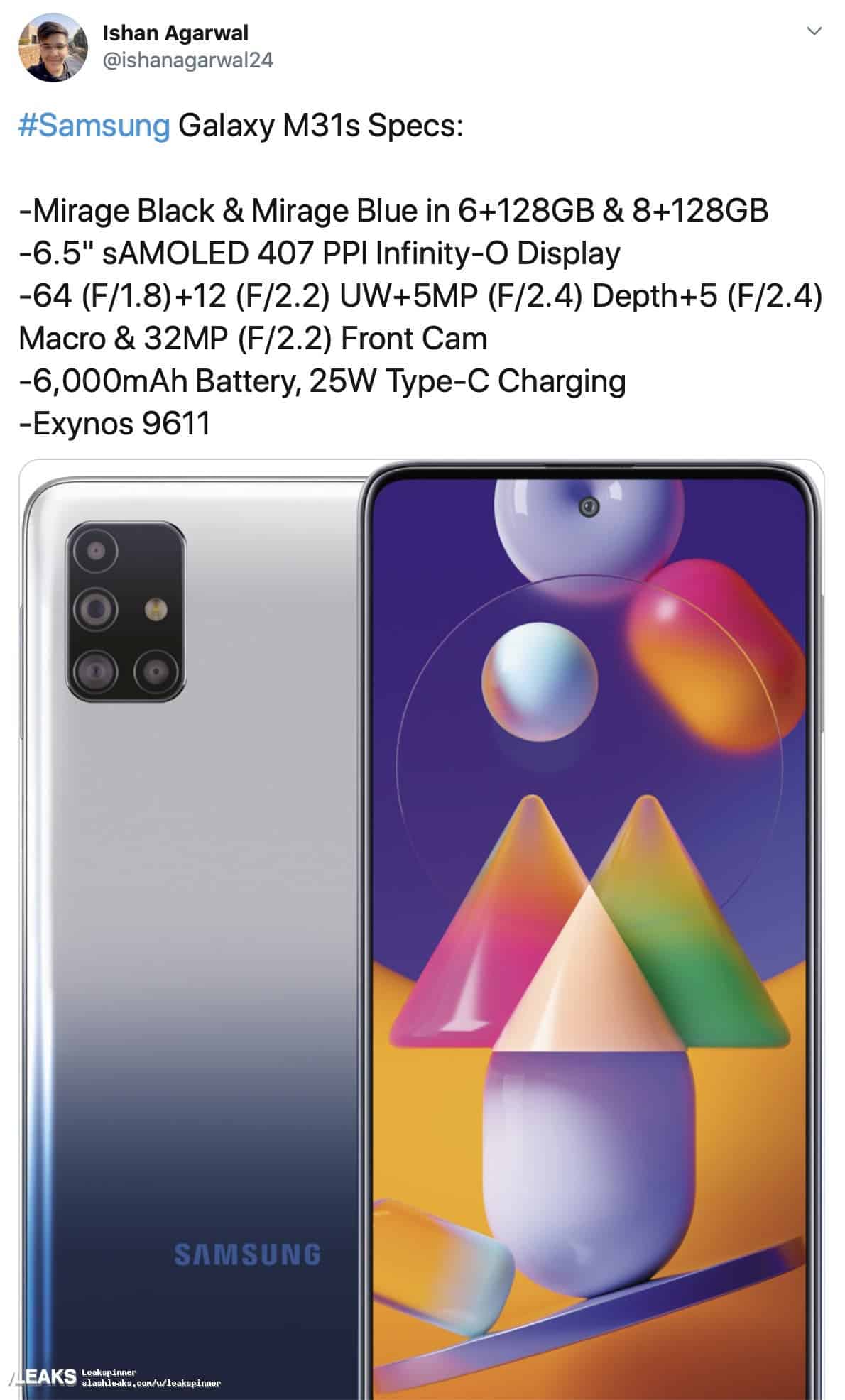 As for the veracity of these data, there is no doubt about them. Firstly, the characteristics are confirmed by the render, which is clearly official. Secondly, Ishan Agarwal previously provided accurate data on smartphones several times before their release. For example, this was the case with the Redmi Note 7 Pro.

It is worth to mention that in February, Samsung has officially introduced the Galaxy M31 smartphone, and here is a reminder of its specifications: