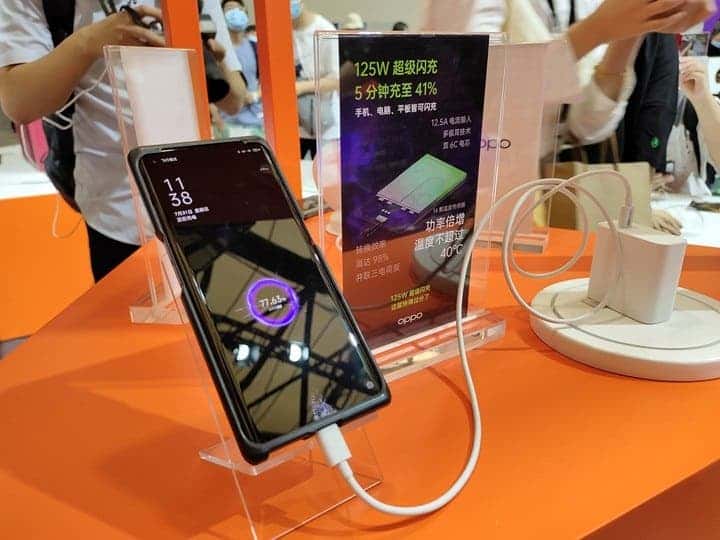 According to the company, it can deliver up to 41% in just 5 minutes, this is for a 4000 mAh battery. However, it will deliver a full charge within 20 minutes. Also, its temperature remains below 40°C when the screen is off and standby. OPPO 125W Super Flash Charger supports VOOC, SuperVOOC, compatible with PPS, PD, and QC protocols. It also supports 12.5A current input, multi-pole technology, dual 6C batteries. 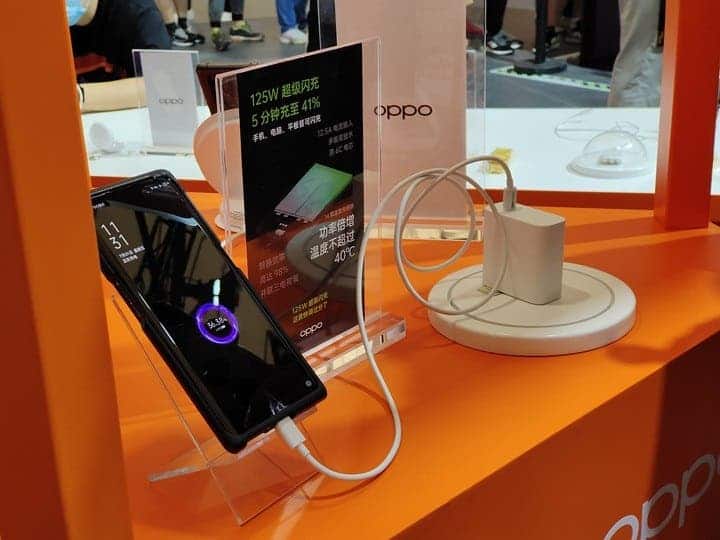 OPPO also said that 125W super flash charging technology can be used to charge everything. This means that whether it is a mobile phone, tablet, or computer, it can charge it. Users also do not have to worry about the charging protocol. This technology supports PPS, PD, and QC as mentioned earlier…as long as it conforms to the Type-C interface, it can “flash charge”.

It also comes with five levels of security protection which makes charging fast and safe. The conversion efficiency is as high as 98%, and three charge pumps are connected in parallel. The 125W Flash Charging technology will focus on higher charging currents to maintain the power density. It will also ensure that it maintains the temperature while reducing the charging time. The schematics include a 20V DC at 6.25A.

In a previous press-statement, Oppo did not leave us in the dark regarding what to expect from the 125W flash charging technology. The company believes that this technology is a significant upgrade to its existing SuperVOOC. Unfortunately, Oppo did not announce when we will see a device with this tech. This means that we’re not sure when we will be seeing a commercial product with the tech. Nevertheless, since it is already official, we expect subsequent flagships to do the honors.

Recall that iQOO also showcased its 120W fast charging technology. iQOO claims that its solution can fully fill a 4000 mAh battery in 15 minutes. This seems to be faster than Oppo’s 125W solution. In addition, iQOO 120W ultra-fast flash charger solution comes with TUV Rheinland certification. This is something that we have not seen in the other solutions.

Next YouTube will remove community contributions for closed captions and subtitles