Realme is gearing up to unveil a new smartphone and at the same time debut a new smartphone series in China. In the next few hours (August 3), Realme will be holding an event in Cina to reveal a new 5G-enabled mid-range phone dubbed Realme V5. According to recent reports, it will employ a 7nm chipset from MediaTek. In this case, it’s the recently released Dimensity 720 SoC. It’s an Octa-Core chipset with excellent performance and optimizations for gaming as well as the seamless support for all Chinese 5G networks. The device was spotted in AnTuTu recently and now paid a visit to another benchmarking platform, Geekbench. 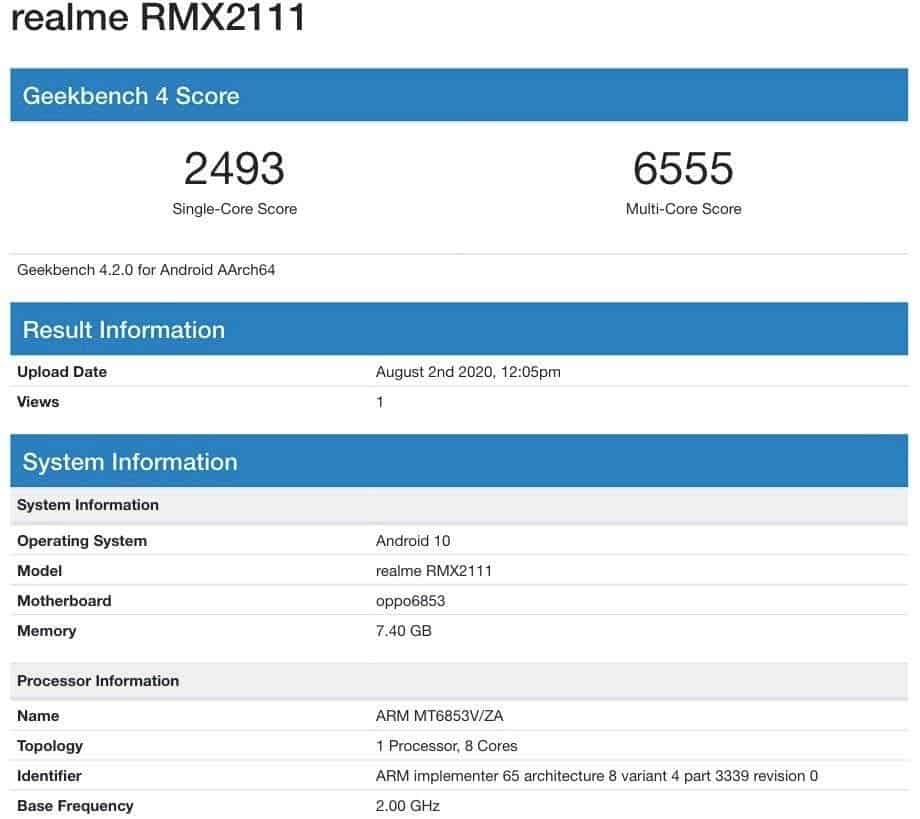 The new smartphone has RMX2111 and RMX2112 model numbers, apparently, the difference between these two may be related to the RAM amount, although, we’re not certain about this fact. Now, handsets sporting this model number passed through GeekBench 4. It has scored 2,493 in the single-core test and 6,555 points in the multi-core department. Of course, results will be below these numbers when the phone gets benchmarked on GeekBench 5 platform. In the image below, you can see how it performs on the GeekBench 5 platform. 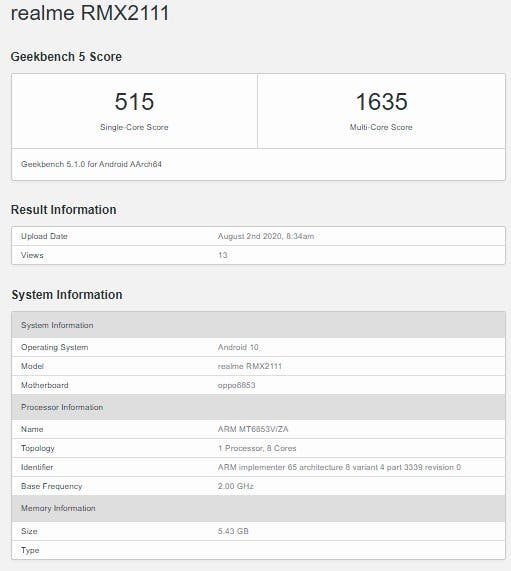 Worth noting that the Dimensity 720 SoC is mentioned as MT6853V / ZA. The variant tested was coupled with 8GB of RAM which is very good for a mid-range phone. Last but not least, it runs Android 10 OS, but you can expect Realme UI to be running on top.

According to rumors, the phone will be available in  6GB RAM with 128GB of storage and 8GB of RAM with 128GB of Storage flavors. So the variant tested on GeekBench probably is the more expensive one. Apart from the hardware moving the game, the Realme V5 sports a 6.5-inch punch-hole display with a FHD+ resolution and a 90Hz refresh rate. Inside of the cutout, we have a single 16MP snapper. 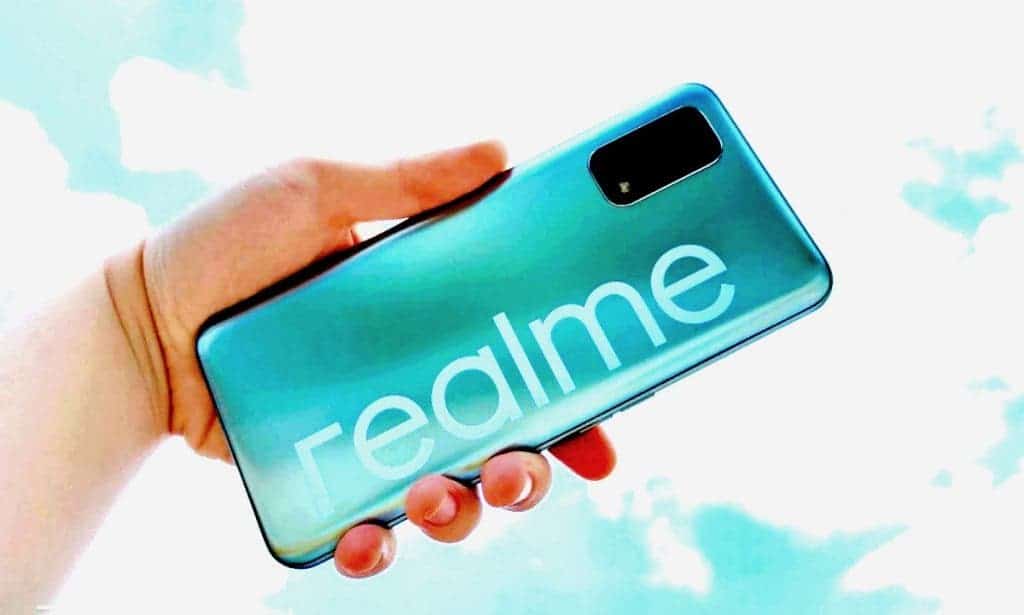 Moving around to the back, we have a Quad-Camera array sitting inside of the rectangular shape. This form factor is a first for Realme smartphones. So the Realme V5 will be adopting a more mainstream design. This comprises a 48MP main, 8MP Ultra-Wide, 2MP Macro, and 2MP depth modules. The smartphone draws power from a huge 5,000mAh battery. The icing on the cake is the support for 30W fast-charging. The handset comes in Silver, Blue, and Green color options.

Worth noting that for now, this device will be exclusive to the Chinese market. However, we wouldn’t be surprised by a global release in the coming months. Realme India CEO, Madhav Sheth, even teased the arrival of new 5G smartphones in the country, the Realme V5 is a good candidate.