It may be difficult for Google to build an independent social networking site on Facebook or Twitter. However, this does not prevent the tech giant from providing social features in its existing applications and services. Almost a year ago, Google announced its plans to enable Google Maps users to “follow” their favorite “local guides”. This feature is active on the app. Now, the company is now expanding the feature to allow all users to follow each other. 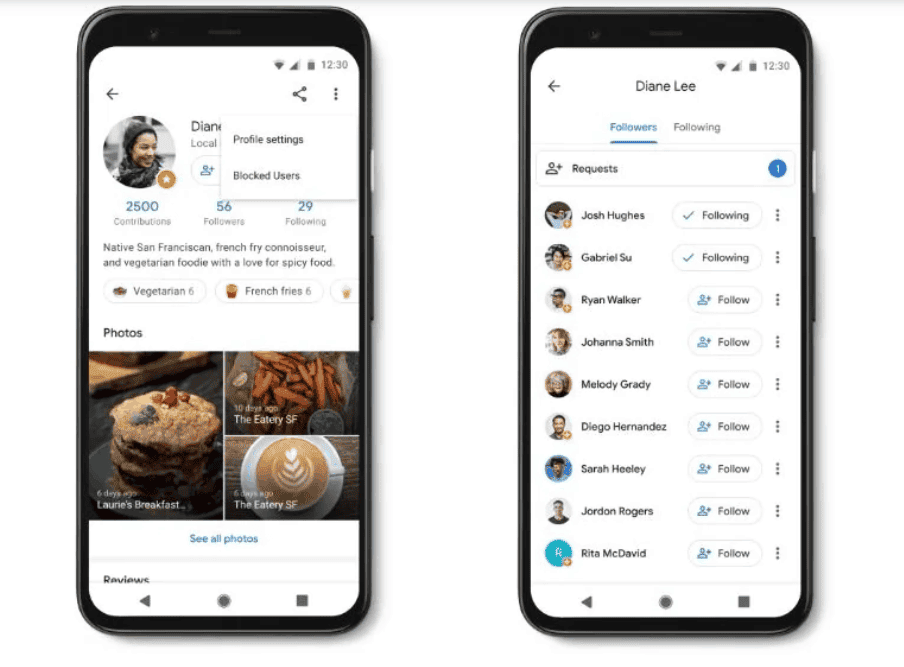 Google believes that this feature will make the app easier to use. It will make it easier to “discover community-supported updates and suggestions provided by Google”. According to the company, Google Maps users can now “follow” any other users who publicly share photos, comments, or lists. In this case, you can now “follow them and pass their suggestions, and updates to the “Updates” tab of Google Maps.”

Just like other social media platforms, the profile of users will now have a “Follow” button. There will be a display image as well as a bio just like we have on Instagram. Further following Instagram’s steps, it will also show the number of followers users have as well as the number of users they are following.

Furthermore, a new topic filter will also be available on the Google Maps profile. This will allow users to view topics and suggestions that people share the most. Some of these places may include restaurants, campgrounds, parks, etc.. The company said: “Whether you are a coffee lover who recorded the last cup of latte or a hometown expert reviewing everything in Perth or Phoenix, you can follow other Google Maps users through your public profile to get information about places around you…”

Please note that users will be able to control whether their posts on Google Maps are public. Users must also explicitly grant permission to “follow” on Google Maps. Even people who want social features can set their profile to “restricted”. Google says that if your profile is restricted, you need to approve new followers before they can see the content in your profile. Presently, Google is gradually promoting this feature.

This is a new feature and it has to do with where you have been. Smart users could use this information to deduce where you are at the moment. Thus you can be sure that users will carefully select who they allow to follow them.

Previous HiSilicon Kirin 1020 Will Debut With Mate 40 As Scheduled