After the Indian government taking the move and banning hundreds of applications; Trump has passed executive orders to ban TikTok and WeChat from the Google Play and Apple’s App stores. President Donald Trump had threatened to ban TikTok earlier this week unless the China-based application was acquired by a US company. On Thursday, he sanctified that threat into an executive order, calling the wide use of Chinese apps a “national emergency”.

Highlighting the word “acquired by a U.S company“; this may have some connection with Microsoft being in talks to purchase TikTok from ByteDance. At present, Microsoft is negotiating to obtain a part of TikTok’s stake. Under the threat of Trump’s ban, this transaction may be forced to proceed. Let’s get into the details.

TikTok and WeChat: The Targets

TikTok, a subsidiary of ByteDance, has been increasingly gaining popularity with over 100 million users in the United States; and hundreds of millions of users worldwide. While TikTok is considered “fun but silly”; millions of people around the globe find it good to spend their time on. People can post videos of lip-syncing singing, dancing and pranks and lots more on the application. Similar to every other social media company out there, TikTok has also raised concerns about user privacy and content control methods.

Tencent’s WeChat (WeChat) is a well-recognized and important communication and payment service for Chinese; and people over the world travelling in China, with over 1.2 billion users worldwide. Although there is no official confirmation on the exact number of users from the U.S; according to a research firm Sensor Tower, it estimates that since 2014, WeChat has been downloaded 19 million times in the United States; and that is a really huge number for an application. Additionally, Tencent is also connected with other major American entertainment brands. Tencent owns shares in Riot Games, the popular video game “League of Legends”; PUBG Mobile and has a large stake in Epic Games, the company behind video game giant Fortnite.

What will the U.S Ban Do? How Will it Effect? 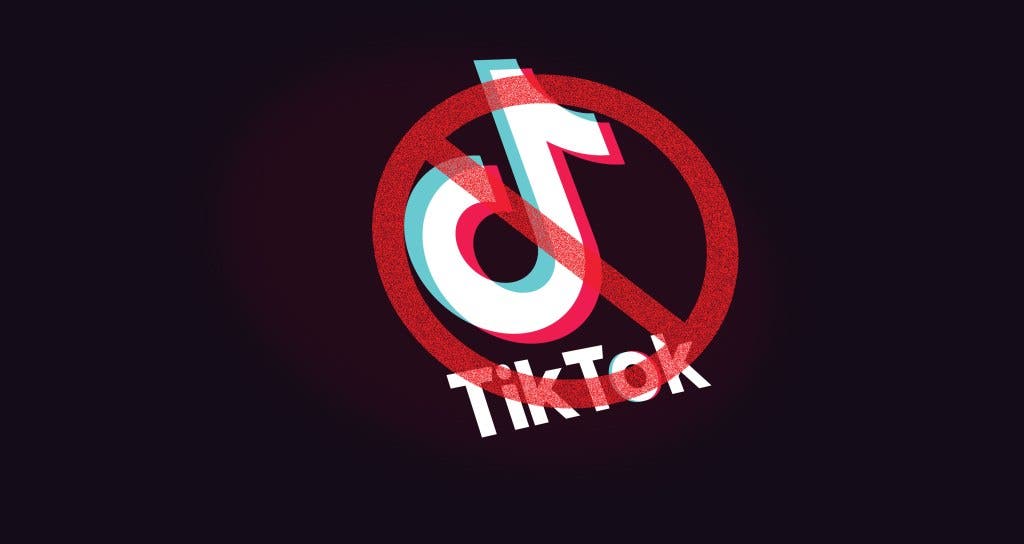 From a common man’s perspective, the first reason that the Trump administration will ban these applications would be to spread fear, uncertainty, and doubt. US Secretary of State Mike Pompeo said earlier this week: “We want to see all untrusted Chinese applications removed from the US App Store.” According to Experts, the phrasing of this order is doubtful; and it prohibits “Any transaction” outside the US either with Tencent or ByteDance. While this is not clear how this ban would affect Tencent’s other assets and partners, we will have to wait for the ban to be put on in about 45 days.

According to two White House officials who requested to keep their identity anonymous, The Ban was put was due to concerns about the collection of US user’s data and a long-standing grudge against China’s business strategy. Trump has been targeting  TikTok from a long, but the battle against WeChat was a sudden move. But it seems that, the actual situation is much more complicated than it seems. These officials said that Trump’s dissatisfaction with the new coronavirus pandemic in the United States and China was also the reason for his actions. As Trump blamed China for the pandemic that swept the world and questioned whether Chinese leaders intend to control the pandemic and spread the economic disaster to other countries, he was also furious with China in private, accusing China of harming his chances of re-election and expressing no intention of reaching a further trade agreement.

Is it legal for the President to Ban Applications?

Multiple users have been questioning, Whether it is legal for the government or the president to keep users away from a particular application?. Experts say that it is challenging for the U.S. government to restrict people from using WeChat and TikTok; even if these two apps are completely removed from the app store. There are solutions such as VPN’s, installing APK’s and more which could be still used for accessing this kind of applications. The basis for doing so is still unclear. In addition, civil rights organizations said that this ban may violate the First Amendment to the US Constitution.

Hina Shamsi, head of the National Security Project of the American Civil Liberties Union, said in an e-mail statement: “The targeted prohibition of the entire platform seriously damages Freedom of speech on the Internet and improper surveillance of the U.S. government is also an act of abuse.”. TikTok said the company will “seek all remedies” and may file a lawsuit; to ensure that the company and its users are “fairly treated.”

Yes, U.S companies and applications could benefit from TikTok and the WeChat ban in a manner; as Facebook recently launched Facebook Watch, Instagram announced Instagram reels which are in a manner TikTok clones. Suppose, Microsoft ultimately buys a part or all of TikTok’s business; it will then have a fast-growing application with younger users and full support from the U.S government, which is a big consumer business. According to some experts, there are also certain speculations that Facebook may use Microsoft’s acquisition of TikTok; to demonstrate how destructive the social media competition is in the United States; thereby reducing the antitrust stress it faces during elections and more.

Next TikTok: This is the Company's Official Statement Following the Ban