Chinese manufacturing giant, Huawei, is getting set to unveil a new notebook series. According to recent speculations, the Huawei new notebook will come with a 3K floating full-screen. Furthermore, it will not have a metal frame design giving it the new high-end notebooks premium look. This design will afford users an ultra-clear vision and more immersive viewing experience. In addition, there are also reports that the Huawei new notebook will officially arrive on August 19. This device is a high-end notebook and it will support Wi-Fi 6 as well as Bluetooth 5.0. It will be the first Huawei notebook to support Wi-Fi 6. 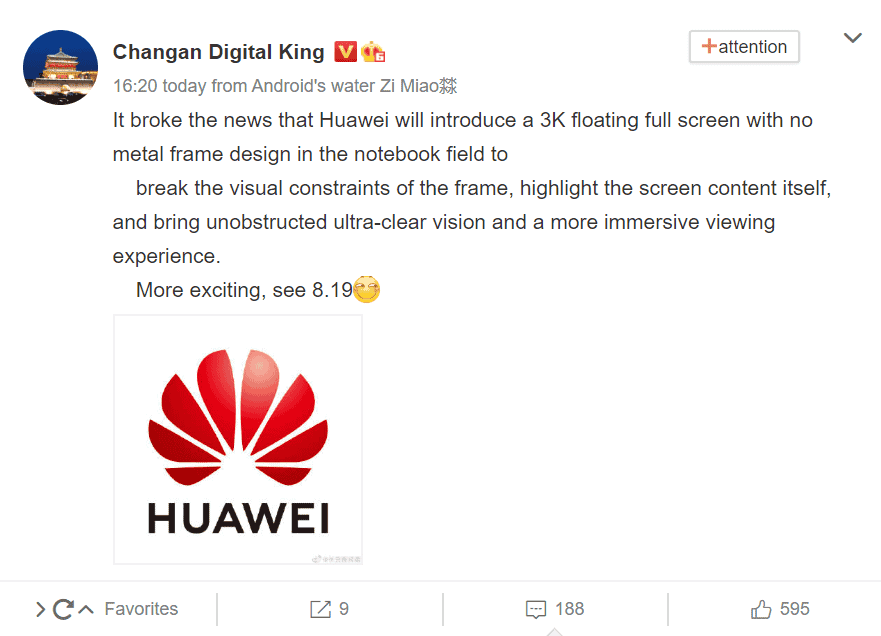 Over the past few months, the notebook market has been unprecedentedly prosperous. Many thanks to the significant improvement of AMD and Intel’s new platforms. The new generation of Ryzen chips has been a huge success. There are many bright spots in terms of configuration, battery life, and cost performance.

Huawei is a latecomer to the notebook market. Nevertheless, it is rising quickly and popularizing some new concepts especially the full-screen design, exclusive one-touch transmission, and multi-screen interactive functions, hidden cameras, etc. Of course, Honor is also indispensable as its MagicBook’s fatal price-performance ratio has been great.

Recently, Huawei MateBook and Honor MagicBook have released new models, but the big move is yet to come. The upcoming Huawei new notebook will achieve a new-level of full-screen performance. According to a Weibo user, part of the description of this device reads “Break the visual constraints of the border…”. This shows that the main selling point of this device will be the screen content. It promises to bring an unobstructed ultra-clear vision with a much better viewing.

This is about all that we know regarding this notebook for now. However, by August 19, we will have more official information regarding the new notebook.

Honor MagicBook SE to arrive soon in a low-key event

From the Honor MagicBook end, there are reports that the new MagicBook SE will officially arrive in a few days. According to speculations, this notebook targets office users as well as middle and high school students. The most interesting part of this device is that it is cheap. However, the launch of the Honor MagicBook will be a very low-key event. The company will not hold a press conference but will simply announce it online. 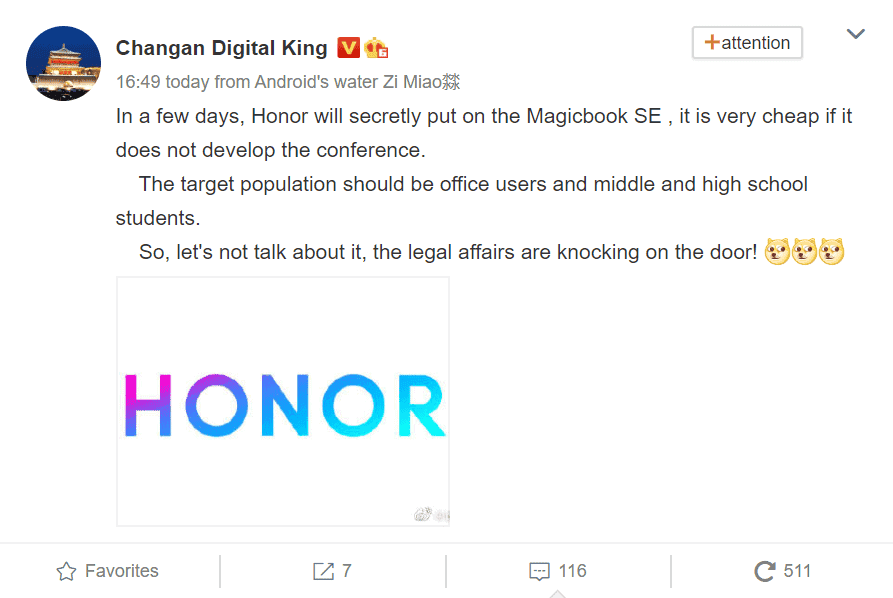 According to the latest exposure of Huawei’s “Nanniwan” project, the notebook and smartscreen businesses are giving priority to accelerating advancement.  This is because they do not contain American technology.