This morning, Xiaomi officially announced through its Weibo channel that it will announce the Redmi G gaming notebook. It will hit the market on August 14. Lu Weibing said on Weibo that they will do their best to offer gaming notebooks under 5,000 yuan ($720), just to allow young people to have their own game books. 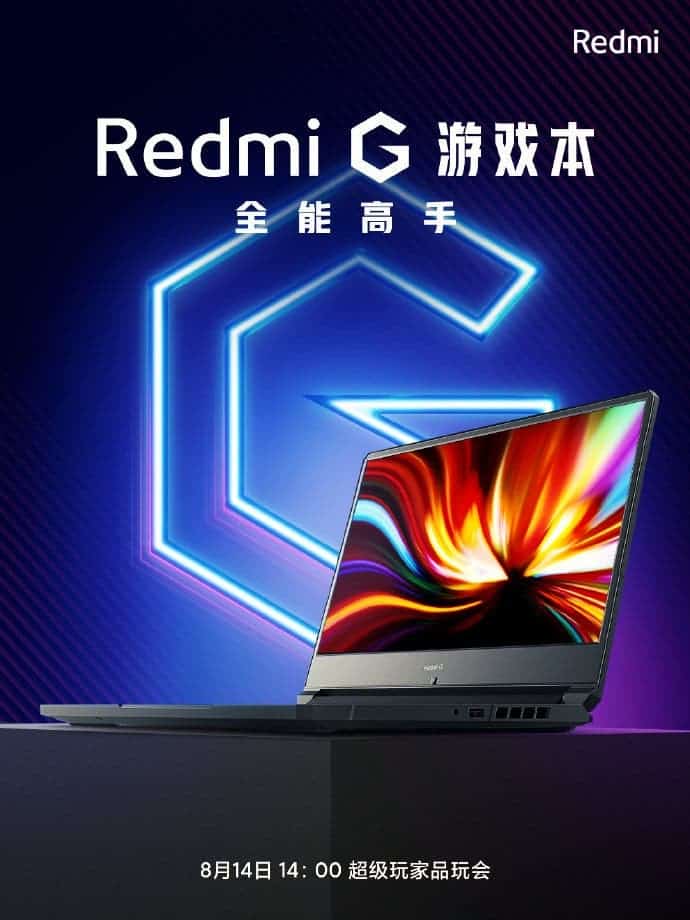 This is a direct hint at the key features of the Redmi G gaming notebook. But apart from this, a well-known Weibo tipster has revealed that Redmi’s upcoming gaming laptop is expected to use the unreleased i5-10200H processor. So it turns out, for a price of 5,000 yuan, you will get a 16.1-inch large screen, 144Hz refresh rate, 100% sRGB color gamut, and an i5-10200H+GTX 1650 hardware configuration.

From the naming point of view, the specifications of the i5-10200H should be lower than the i5-10300H on the market. And the price should be cheaper. Given that the i7-10875H has reached the 8-core 16-thread specification, Intel is expected to launch an enhanced version of i5 with 6 cores and 12 threads. So the 4-core 8-thread i5-10200H will become a processor similar to the standard i3.

In terms of appearance, the Redmi G gaming notebook adopts an all-black mech design and is known as an ‘all-rounder’. From the picture, we can see that the left and right sides and the upper side of the screen are very narrow. The bottom frame is very wide, and there are huge heat dissipation holes on both sides of the fuselage.

Other Gaming Products Of Redmi

Generally, Xiaomi has launched a number of gaming products. Apart from the gaming laptops launched under its original brand, the gaming keyboards and computer mouse, and gaming monitors, it has also invested a lot in Black Shark. The latter is successfully fighting against the ASUS ROG, Nubia Red Magic, and Lenovo Legion.