During its big presentation on August 5, Samsung did not carry out a full-fledged announcement of the second generation of the Galaxy Z Fold 2 foldable smartphone line. The manufacturer limited itself to statements about the revision of all the flaws of the first Galaxy Fold. Now, a video comparison has appeared on the Web today. In the video, both devices are demonstrated in working form, their design, dimensions are compared, and special emphasis is placed on the folded body thickness reduced in the second generation.

At the same time, the weight of the novelty slightly increased and amounted to 281g instead of 273g – due to the slightly increased capacity of the battery (4500 versus 4380 mAh, respectively). More detailed specifications about the Galaxy Z Fold 2 will be announced on September 1.

The Samsung Galaxy Z Fold 2 got improvements in all aspects compared to the first generation. When looking at the first generation of Samsung’s foldable smartphones, we were thinking these technology and form factors are not mature. But now, when we get our hands on the second-gen model, we understand many people will consider embracing the foldable experience.

The 4.6-inch display is now replaced by a 6.2-inch punch-hole display. It occupies the entire front panel. On the opposite side, we can find an elegantly-looking camera module, which has three sensors. 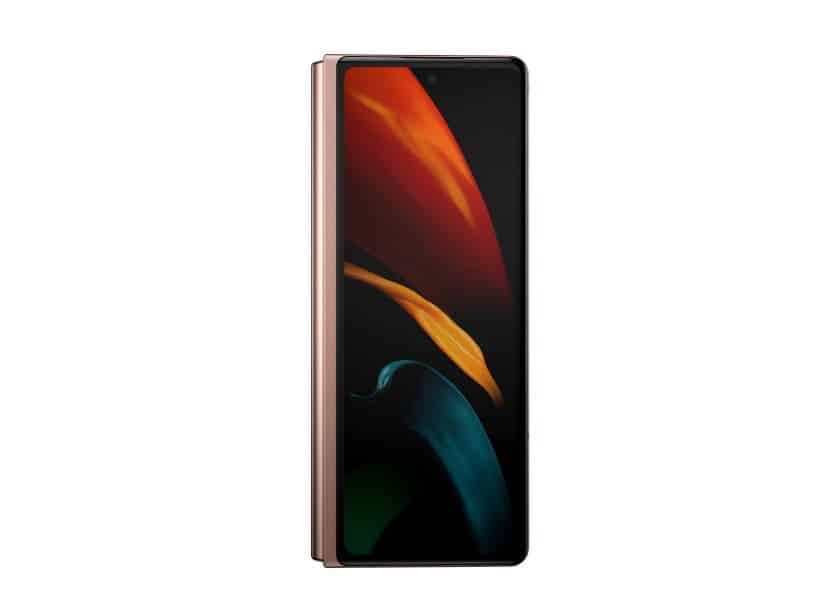 Apart from these changes, the company has removed those ugly bangs. Now, there’s a tiny hole for the camera, which can be used for any purpose from conference calls to taking selfies. 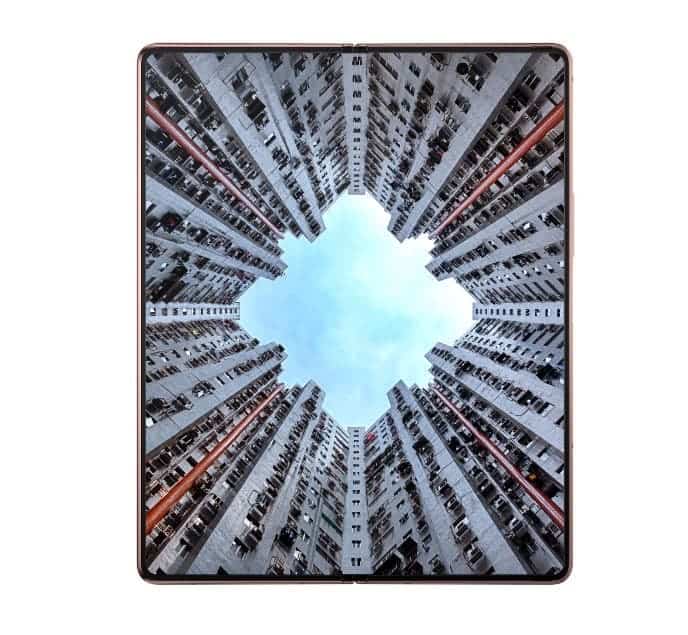 We are dealing with an embodiment of power and beauty. So it’s expected to see all the latest hardware and software features. The Galaxy Z Fold 2 is powered by the Snapdragon 865+. As you know, it’s the same SND865 with overclocked CPU speed. Plus, it offers better GPU performance. This is a must when driving all those pixels the internal display has.

The SoC is paired with a whopping 12GB LPDDR5 RAM. However, the base storage has been reduced to 256GB. But it is UFS 3.1. So the speed is in place.

Though the battery has become larger, 4500mAh, in daily use, it won’t be noticeable.