Earlier today, Samsung decided to roll out a new big update to its Galaxy S21 trio. The update packed in some camera and device improvements. One such improvement is the support of portrait mode with a regular lens. Well, the chaebol is now seeding a big update to its 2020 Galaxy Z Fold 2. As expected, we’re again looking at camera improvements along with some security enhancements. Here is everything you need to know about it.

The Galaxy Z Fold 2 is now receiving a new software update with the firmware version F916BXXU1DUCE. The update weighs around 744MB in size meaning you might want to use WiFi connectivity to download it. The update brings camera and security improvements, at least that’s what the official changelog mentions. Sadly, there’s no detailed information as to what are the new improvements or additions. 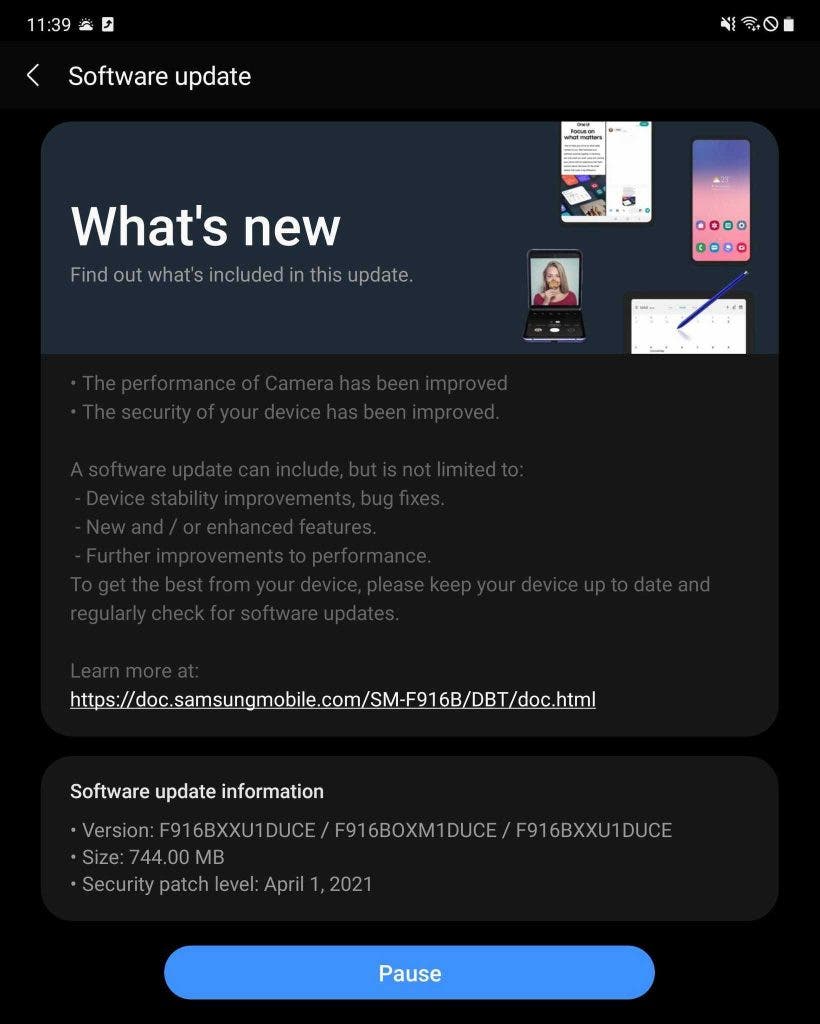 We still hope to get a clear picture soon and if you have managed to find out the new changes, please let us know by using the comment section down below. Apart from these improvements, Samsung has also pushed the April 2021 Android security patch. This makes it those Galaxy devices that have received the latest patch quite early. Of course, other devices being the Galaxy S21 trio.

At the time of writing this, the update is only rolling out in Germany and Russia. We expect the firmware version to hit other major markets in the coming days. Of course, if there are no unforeseen issues with the initial rollout. If you reside in any of these regions and own the foldable phone, then you might have already received the update notification.

Alternatively, you can also check for it manually by heading over to Settings>>Software Update>>Download and Install. If you still haven’t got the update, then worry not as the brand might be rolling it out in batches to make sure everything is on the track.

Considering the pace, more devices should follow the suit

While we haven’t entered the month of April, Samsung has already started seeding the new security patch to some devices. Looking at the current pace, we should expect to see more devices joining the suit. We’re hoping for the next devices to be the Galaxy S20 trio and Galaxy Note 20 duo.

Next Get over here! Caviar introduces Mortal Kombat iPhone 12 Pro