A recent analysis report released by DSCC pointed out that in 2020, the global sales of folding smartphones were increased by 454% year-on-year, reaching to 3 million units. Simply put, foldable phones are gradually gaining consumers recognition. And in Q3 and Q4 of 2020, Samsung has a market share of up to 90%. 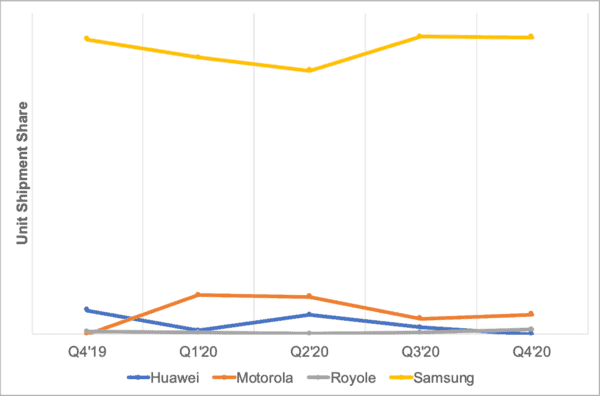 At the end of 2019, Samsung launched the first folding phone dubbed the Galaxy Fold. But just a few months later, it launched the world’s most mature folding screen smartphone in the face of the Galaxy Z Flip. Moreover, it released the third-generation folding phone Galaxy Z in September 2020. We should admit that Samsung mastered this technology very quickly. However, this is not surprising. 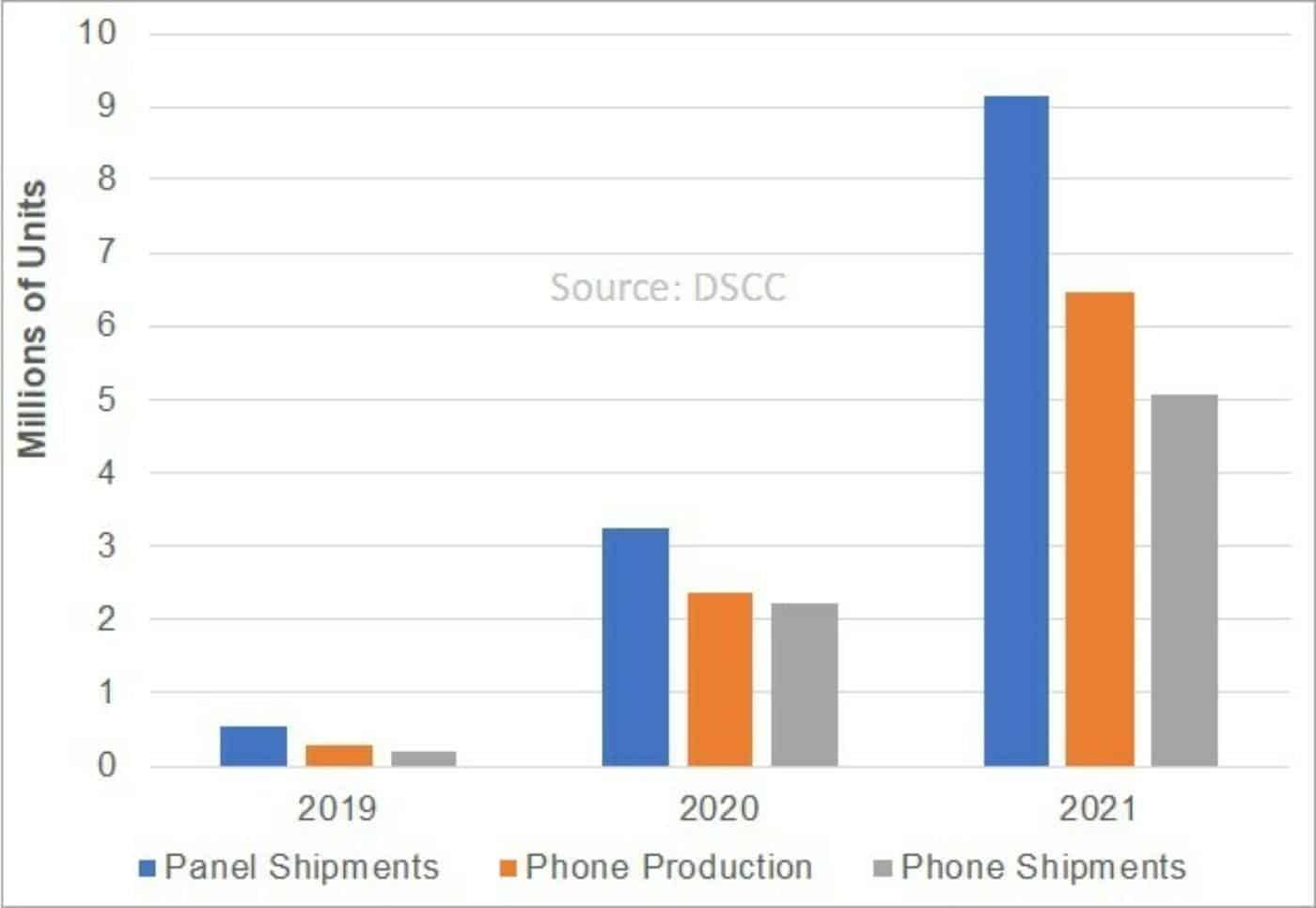 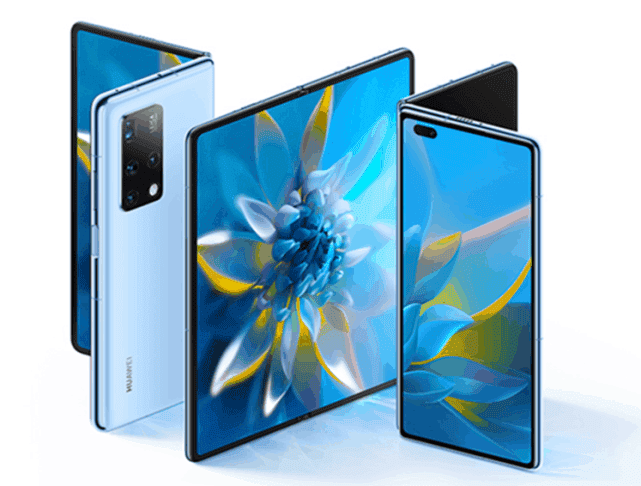 The Galaxy Z Fold 2 uses the world’s first ultra-thin foldable glass (UTG) technology. The processing and strengthening technology of this ultra-thin glass is currently at the world’s leading level. This technology allows the company to solve two problems of the durability and reliability in one fell swoop.

The third-generation hinge on the Galaxy Z Fold 2 uses a cam structure’s multi-angle rotation stop folding technology. The newly upgraded magnetic support ensures the safety of the smartphone when it is fully folded. At last, the phone has a dustproof fiber technology, which uses the cleaning fiber made of ultra-micro cutting technology. The latter can effectively cover the gap.

Huawei Mate X2 Is Not A Game-Changer

Though there are three major smartphone makers offering their folding screen smartphones, Samsung is an absolute leader. What’s more interesting, in the niche, Huawei is only fourth after Motorola and Rouyu.

Samsung has a huge advantage in the smartphone industry chain. It is a global leader in smartphone design, chips, storage, OLED panels and other segments. So it was easier for Samsung to lead this niche.

Limited by BOE’s technology and capacity disadvantages, the newly launched Mate X2 is facing serious capacity problems. And though this phone got all possible praises from consumers and media, if there is no option to buy, it will yield Samsung in terms of popularity and market share.

Next Xiaomi Mi 11 Pro series finally gets a launch date