According to information released by the China Intellectual Property Office (CNIPA) yesterday, Huawei has patented a new design for a smartphone. In fact, every major manufacturer files applications for myriads of designs. But this doesn’t mean they all should become a final product. However, the one we are talking about now is quite interesting. So there is every reason to think the new Huawei smartphone patent may become a reality one day.

The model shown in this patent is similar in appearance to the current Huawei Mate series models. The front uses a high-curvature waterfall full-screen. There are almost no upper and lower borders. And the back uses a matrix-style quad-camera lens module. There is also a small screen included in the lens module. This small screen can display time and other information.

Generally, the new Huawei smartphone patent documents showcase three different types of back appearances, respectively placing the miniature display on the inside, upper, and lower part of the lens module. However, the display inside the lens module is obviously larger than the other two designs. So the screen can display more content.

While we are thinking whether Huawei will launch a smartphone with a similar design, there are manufacturers already done this. Well, their design differs a little from what Huawei is offering. But the concept behind this idea is identical.

If you guess, we are talking about the Meizu Pro 7 / Plus. The latter came with a secondary screen placed on the back. The painting screen (as we used to say) is 1.9 inches diagonally, and it uses AMOLED technology at a resolution of 240 x 536 pixels. Thus it should provide good performance. It does. But it can’t be compared with the main screen in terms of response speed and touch response accuracy. This screen is actually capable of providing only a few functions such as time, pedometer results, music playback, and a few notifications. 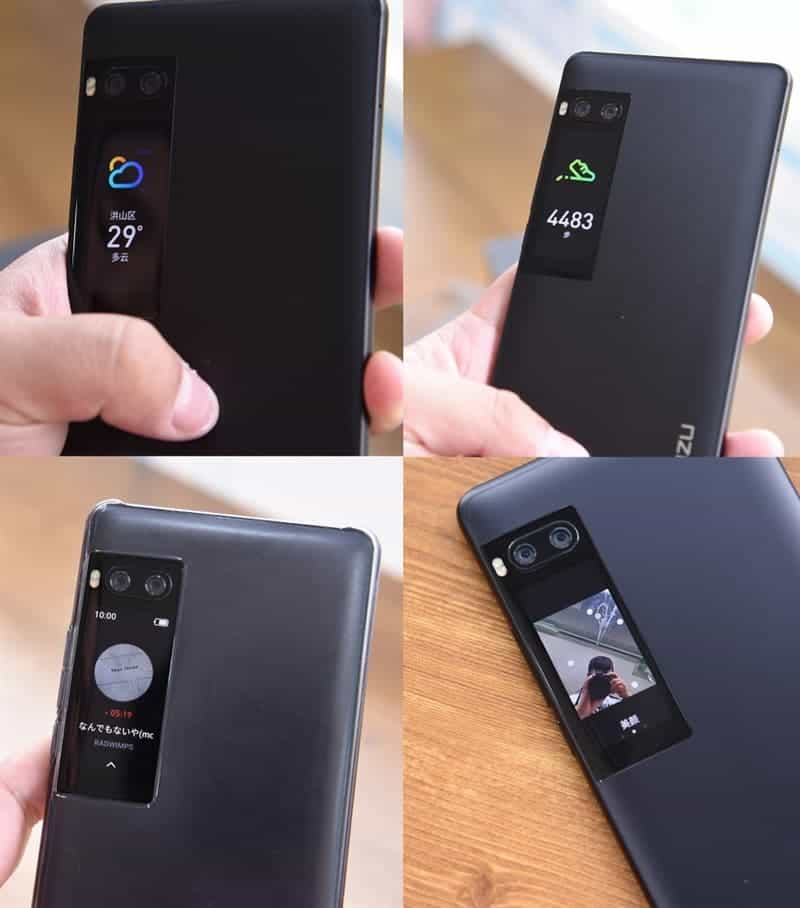 However, there are two problems related to this painting screen. First, there are no third-party apps that can run on this screen. Meizu has announced it will provide SDK and API to developers. But it’s a big question how many of them will make apps for this phone. Second, these screen settings don’t allow users to customize what should be displayed. Thus, it has poor privacy control.

So even if the new Huawei smartphone patent turns into a real product, most likely, the secondary screen won’t be capable of displaying much information.

Next Honor Hunter Gaming Notebook To Have Various Lighting Effects