The original Oppo Reno 4 and Reno 4 Pro were released in early June in China. Both handsets came with powerful cameras and a Snapdragon 765G chipset ensuring 5G connectivity. It’s the same chip found on the Global variants of the Oppo Reno 3 Pro. Back in the last month, the company took the wraps off the Global Reno 4 and Reno 4 Pro smartphones. Instead of a 5G-enabled chip, both phones came with the Snapdragon 720G which only ensures LTE connectivity. The Oppo Reno series usually focuses on design and photography. With this in mind, the company is teasing a new Artist Limited Edition of the Reno 4 Pro that comes in collaboration with James Jean.

It’s not a surprise to see a Chinese company announcing a new special edition of a brand new handset. Oppo recently released Reno Ace2 Evangelion Limited Edition with a set of accessories themed after the popular anime. Now, a few months after the release of the Reno 4 Pro, the company is preparing a new edition. This time, however, this is a smartphone that comes in partnership with the world-renowned artist James Jean. 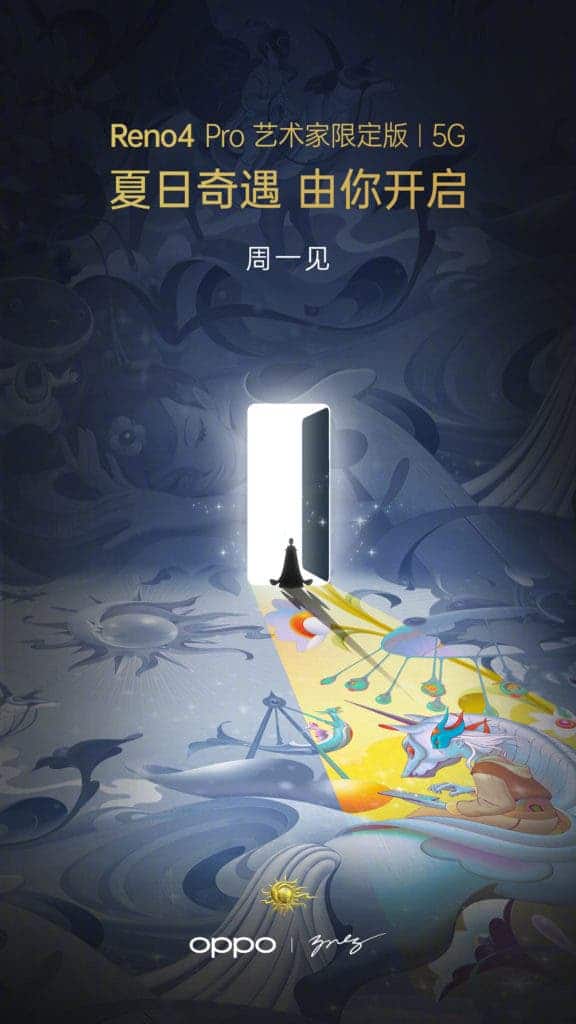 James Jean won multiple awards thanks to his cover arts for popular HQs from DC Comics and Marvel Comics in the early 2000s. In recent years, he even worked on some poster arts for blockbuster movies like Mother!, The Shape of Water, and Blade Runner 2049. He also worked with Prada in several occasions. When it comes to the Oppo partnership, we’re not sure about how its contribution will affect the special edition. We expect a phone with some unique characteristics on its design and we also expect unique wallpapers. The teaser post even suggests art inspired by Chinese tradition.

These special editions often are sold in the most advanced configuration, so we expect the same to happen with the Reno 4 Pro. Unfortunately, details are still scarce, but thankfully we don’t have to wait much longer. The handset will go official on August 17.

Under the hood, the Oppo Reno 4 Pro boasts Snapdragon 765G SoC with up to 12GB of RAM. On the camera department, we have triple-camera arrays for both handsets featuring a main 48MP sensor. The punch-hole setup boasts a primary 32MP sensor. There is a 4,000mAh battery keeping the lights on with 65W fast-charging.