In addition to the Huawei Mate 40 series, the company is also working on a plethora of products. Among them, Huawei Watch GT Pro will arrive with the Mate 40 series. According to recent reports, the Huawei Watch GT 2 Pro already has most regional certifications. This smartwatch uses the model number “VID-B19”. It already has ceritfications such as NCC, FCC, Malaysia SIRIM and South Korea NRRA certifications. Recently, this smartwatch got the EEC certification in Europe. In addition, the wireless charger supporting this smart watch also has relevant certifications. 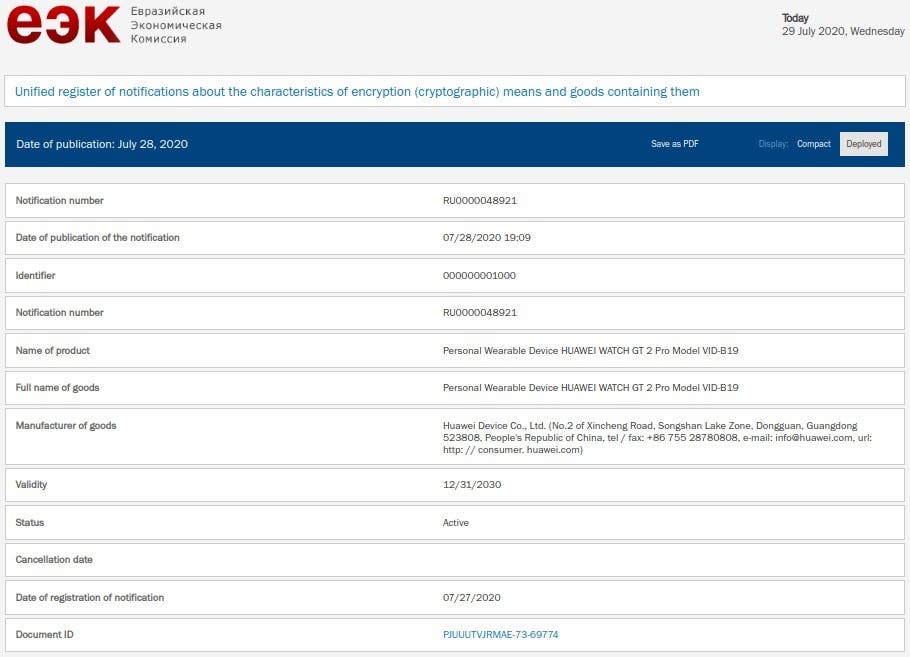 Unfortunately, there is no other information regarding the Huawei Watch GT 2 Pro as of now. Nevertheless, there is still a couple of weeks before the official launch of this device. We will keep a close tab on its development. Stay with us and we will let you know when there is more information.