We’ll remember 2020 for a bunch of reasons, for the good or the bad. When it comes to the market of smart products, we can say that it has been a rough year so far. However, some segments like the wearables category managed to survive the crisis with some good numbers. The market of wearables comprises smartwatches, smart bands, smart glasses, and so-called hearables. The latter comprises earphones, true-wireless earbuds, and other smart audio products. It has been trending so far as companies are unveiling new TWS earphones to further solidify this range of products. However, there’s still room for classic conventional earphones. Today, Realme unveiled the Realme C12 and Realme C15 smartphones in India. Two budget smartphones. Along with the two smartphones, the company also took the wraps off new wired earphones in India. They are modest but also come in a very low price tag of Rs. 399 (~$5).

The Realme Buds Classic adopts a half in-ear design instead of an in-ear design. The latter design language is present on the earlier models of this series. Worth noting that the new wired earphones are packed with large 14.2mm drivers. The classic Buds also feature a single button remote for call and music control. It has an in-line HD microphone and a built-in cable organizer in yellow color. Therefore you can prevent it from being tangled all the time. As aforementioned, the earphones come with a rounder shape half-in design to fit the ear. The 14.2mm drivers are made with a premium nanoparticle composite material promising deeper bass and clear vocals. 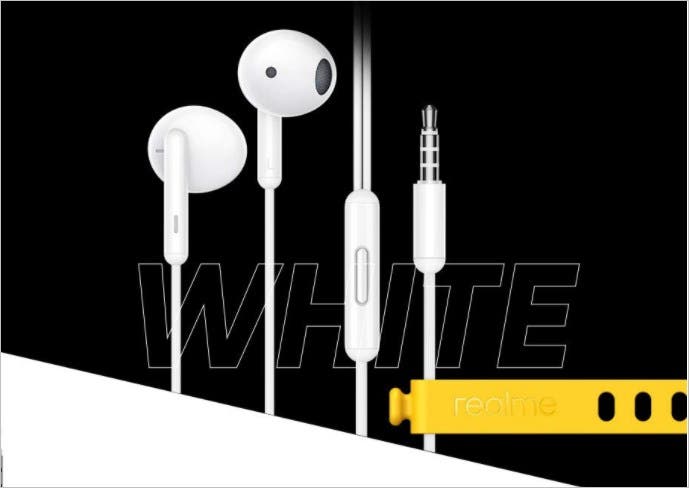 Unfortunately, the Realme classic yellow colorway is absent here. The new Realme Buds Classic can only come in the simple Black and White colors. Worth noting, that despite being announced today, the gadget will reach Amazon India and Realme.com only by August 24. Worth noting that some offline retailers will also be selling it across the country soon.

It’s a surprising move, but a good one to see Realme releasing budget earphones for its recently released smartphones. Nowadays, just a few companies in the smartphone segment keep investing in good 3.5mm earphones. Realme has a big focus now on wearables products and TWS earphones and is achieving great success with it, but in the meantime, the Buds Classic comes to be a great way to spend $5!

Previous ELEPHONE U5 is a better budget option than the E10