After many leaks and speculation, Huawei confirmed that its new Huawei MateBook X 2020 will be released tomorrow. The new laptop will come with razor-thin bezels and a gorgeous display with 3K resolution. The new product is a successor for the first model of the series launched back in 2017. The company has been teasing the design of this notebook during the past few days in order to keep the hype alive. Today, the company shared a new teaser poster which reveals that it will come in at least two colorways. 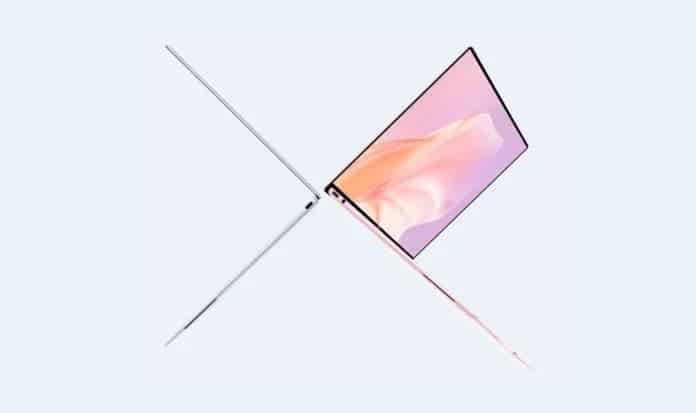 Unfortunately, the specifications coming under the hood are still a mystery. So far, Huawei wants to keep customers attracted to the cutting-edge design of this notebook. It will be slightly similar to the Huawei MateBook X Pro 2020 released earlier this year. The new poster revealed by the company confirms two colorways for the forthcoming notebook – Silver and Pink. You may be wondering, why we are suggesting that are more colors coming. Well, some leaked renders revealed the laptop in four colors. According to the leak from Notebook Check, the Huawei MateBook X 2020 will come in four colors. They are – Frost Silver, Interstellar Blue, Green Mountain Daisy, and Cherry Blossom Powder. The company’s render probably reveals the Frost Silver and Cherry Blossom Powder colors.

However, we still need to digest these earlier leaks with a pinch or two of salt. After all, these colors are exactly the same colors that MateBook X Pro 2020 is available in. So, what’s the point for Huawei in releasing a new laptop that it’s just too similar to its sibling? Moreover, if the company wants to attract costumers due to its design, why not teasing all the possible colors the laptop will be available in?

Apart from the 3K resolution coming with this display, reports suggest that this will be the first Windows laptop to feature a pressure-sensitive trackpad. The laptop will go official tomorrow, August 19, for the Chinese market. We are not sure if this product will ever leave China and make way to European markets. Despite the Huawei ban, we’re sure that this product would be well received in International markets.

While details are pretty much scarce about the new laptop, we won’t need to wait much longer. Stay tuned for the full coverage of Huawei’s event.