A few months back we reviewed a very interesting action camera that went by the name of Vantop Moment 6S. That action camera brought some impressive specs for the price, including 4K video recording capability at 60fps, a large display with a simple UI and on-board video stabilization. Now, while the stabilization was rather good, there are always some drawbacks when you go that route.

We’re talking about lower frame rates supported and an additional crop of the sensor to allow for EIS to work. It could even go as far as disabling the use of some codecs (such as H.265) as it needs more resources to run EIS and it cannot handle both at the same time.

So, how do you get the best possible video quality while having some silky smooth footage? Well, you already know the answer: by using a Gimbal. Today we’re going to check out the latest Hohem iSteady Pro 3, a gimbal specifically made for GoPro Hero 8/7/6/5/4/3 but that can be used with any action cameras on the market. Keep reading! 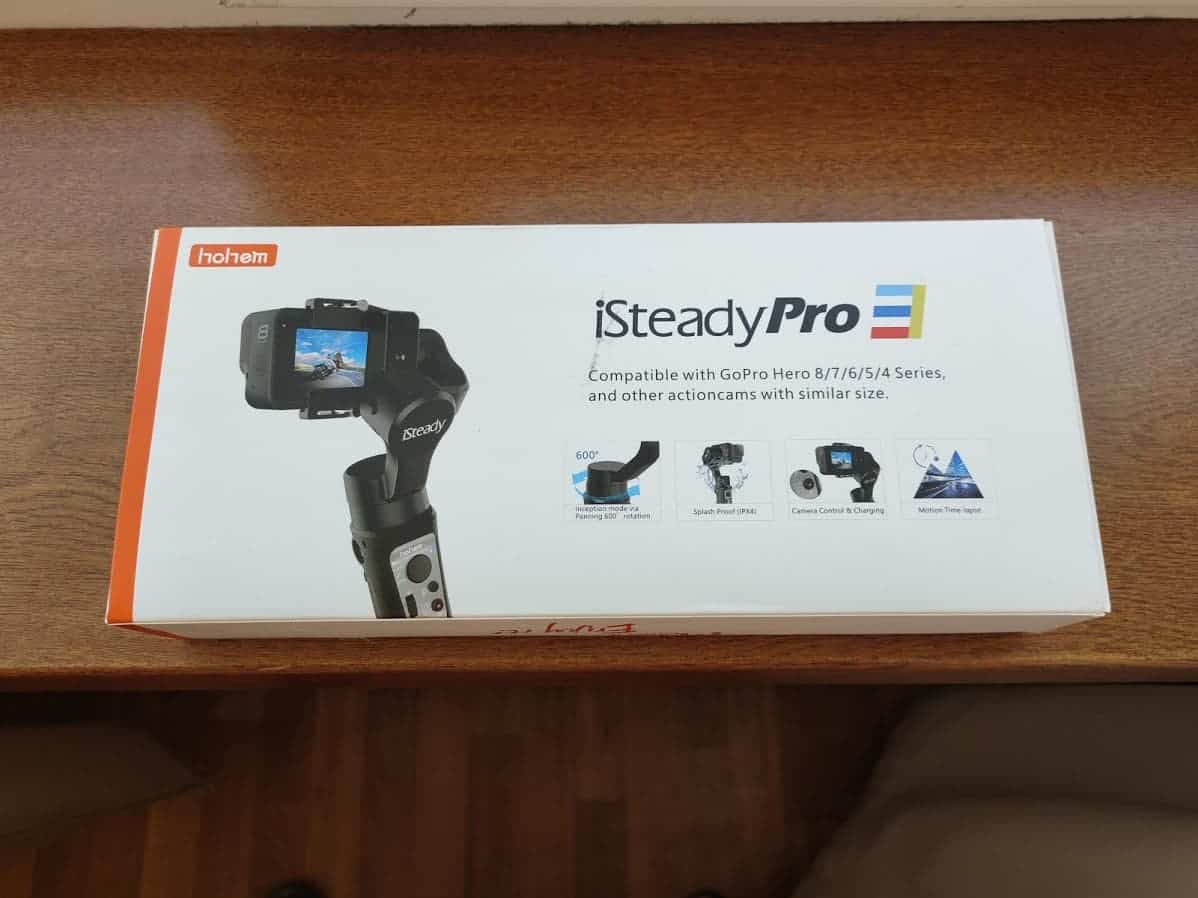 The Hohem iSteady Pro 3 comes with a case, which you can use to store the gimbal when you carry it around. Something that doesn’t seem important up until you need to carry it with you and you cannot just store it in your backpack as it could get damaged or break quite easily. 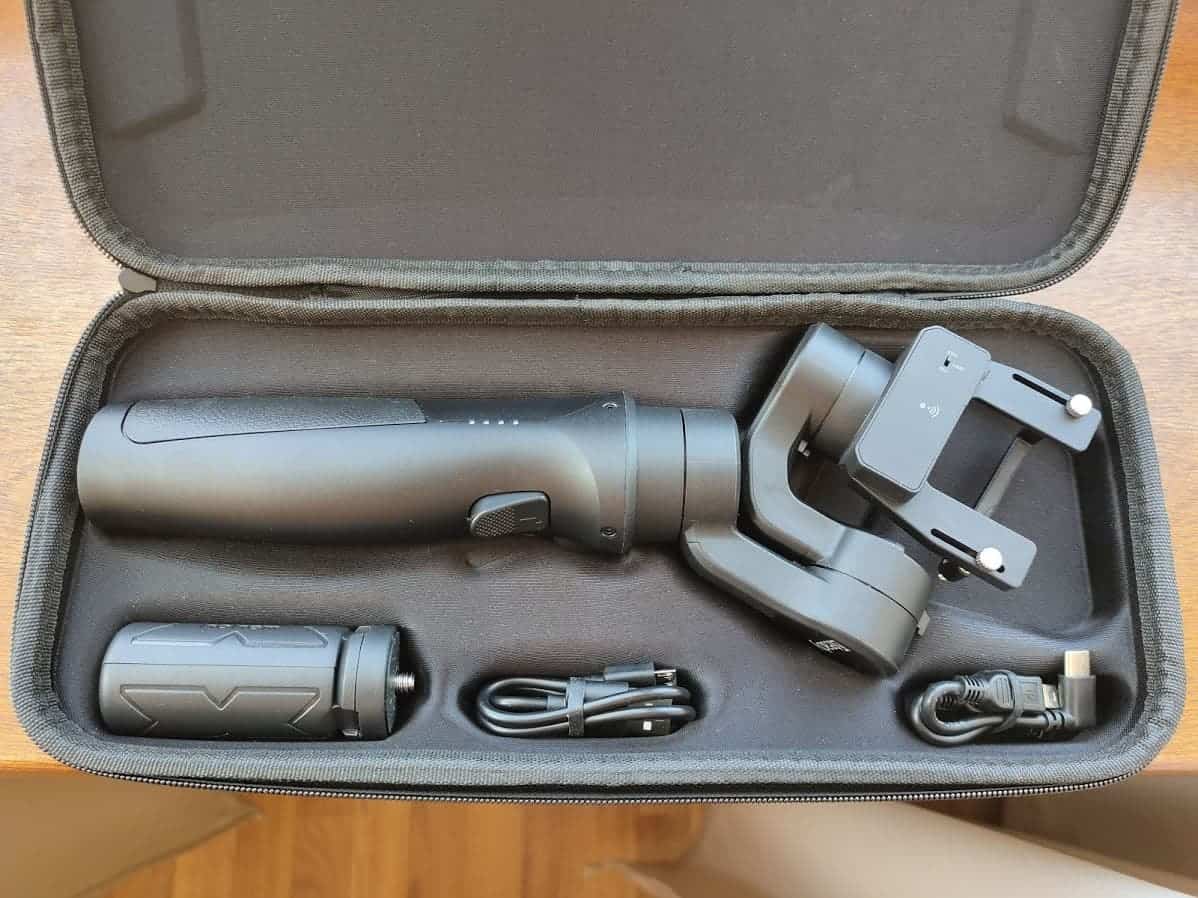 Either way, along with the carrying case we also get three cables. These include two smaller ones to charge the action camera while using the gimbal and a longer one to charge the gimbal itself. Additionally, Hohem also presents us with a small tripod which comes very handy when you want to shoot a time-lapse; something we don’t suggest doing handheld. 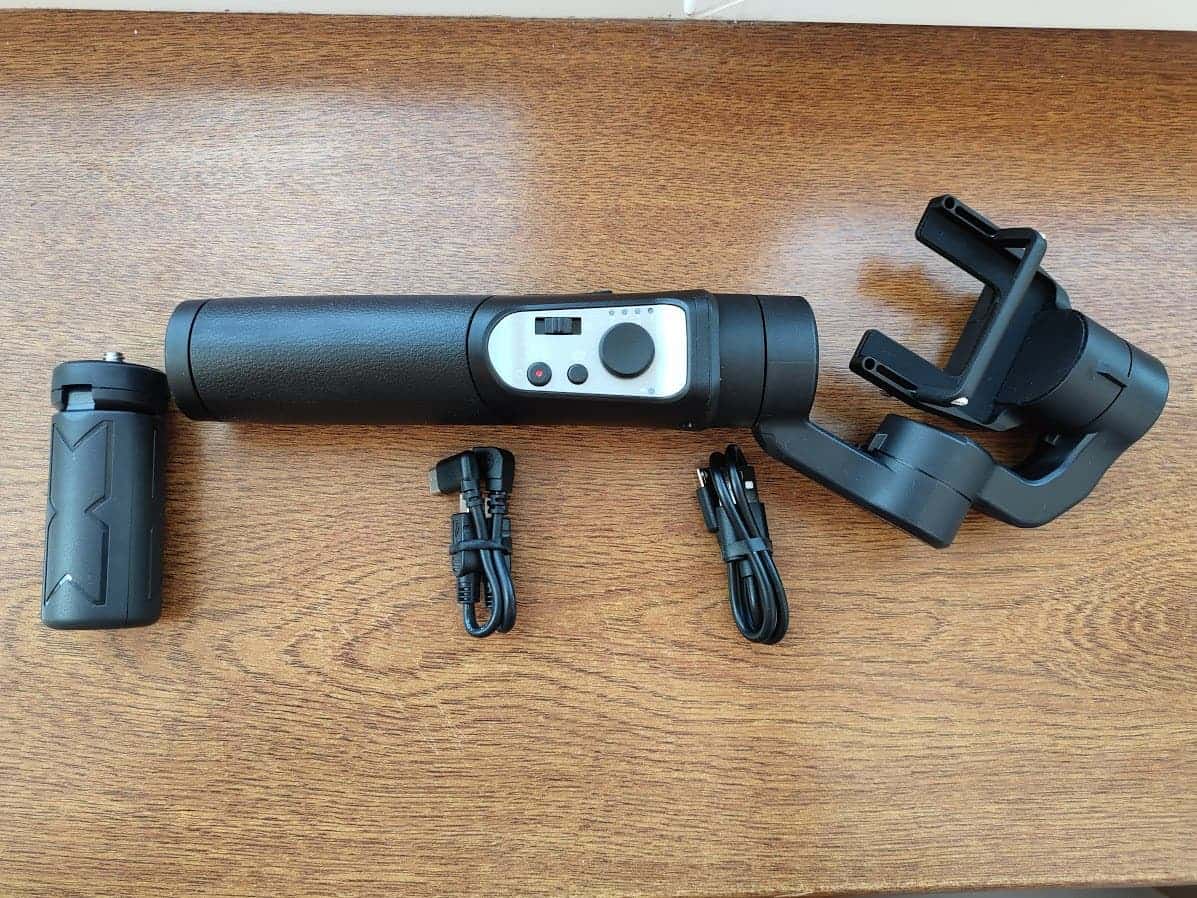 As far as design is concerned, the Hohem iSteady Pro 3 features a very ergonomic handle so that your hands don’t get tired when holding it. We also find lots of buttons and ports which bring many functionalities.

Let’s start with the 1/4 inch screw hole at the bottom used to place it on the included mini tripod or any other standard tripod; but that’s quite conventional. What’s unconventional though is the other 1/4 inch screw hole on the side which can be used to screw in accessories such as microphones, LED lights and so on. So you can turn your action camera into a Run & Gun camera setup to record vlogs and whatnot on the go. 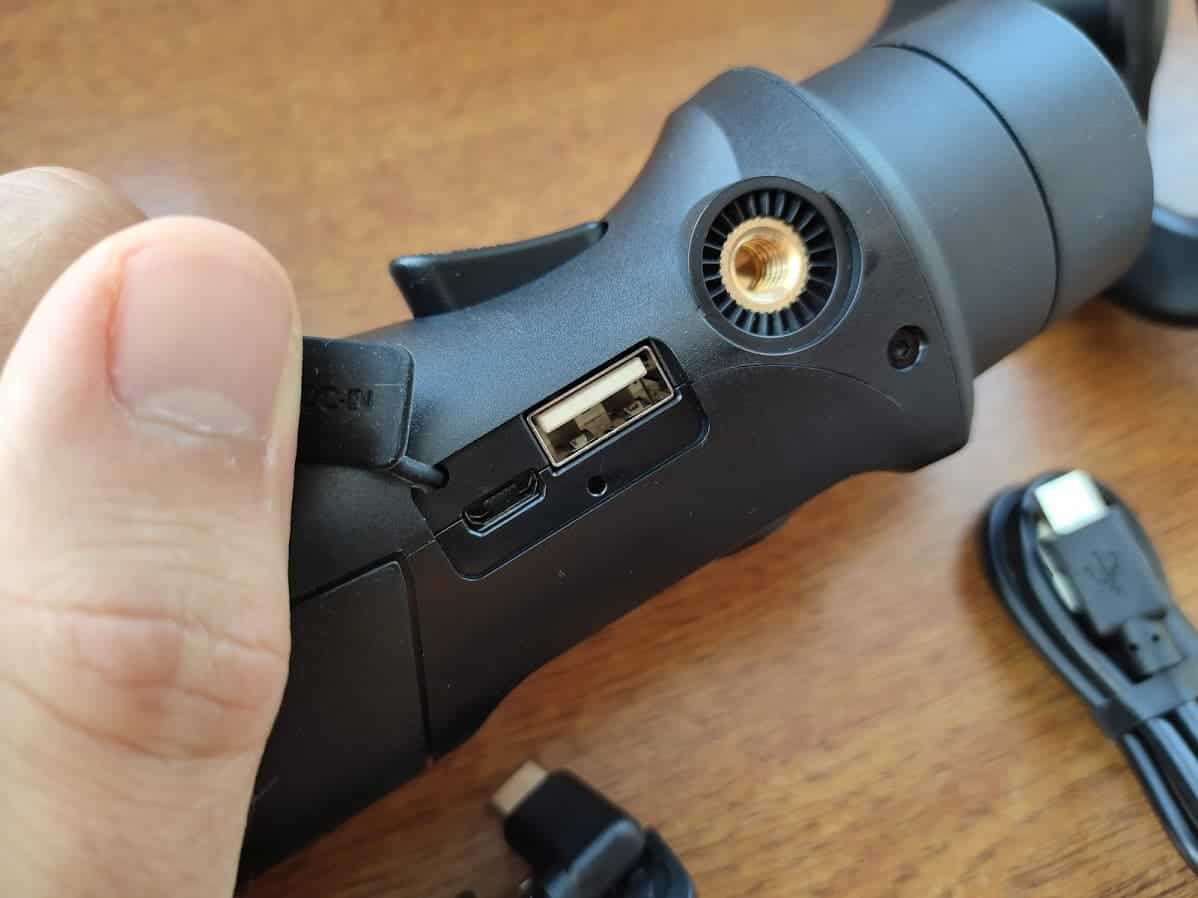 Although it’s also a feature, another very interesting design perk is the WiFi module for the compatible cameras. This module allows to easily control GoPro cameras, including snapping photos and videos. The feature only works with GoPro cameras though and among them, those who already sport WiFi; thus no older cameras.

Either way, the gimbal can be controlled through a total of five buttons. We have the one to turn on the gimbal, one to change modes, another to zoom in and out, a knob to move the gimbal head and a trigger in the front. This trigger can be used to activate “Sport Mode” which boasts the head movement and makes it turn must faster (you’ll see a sample in the video below). 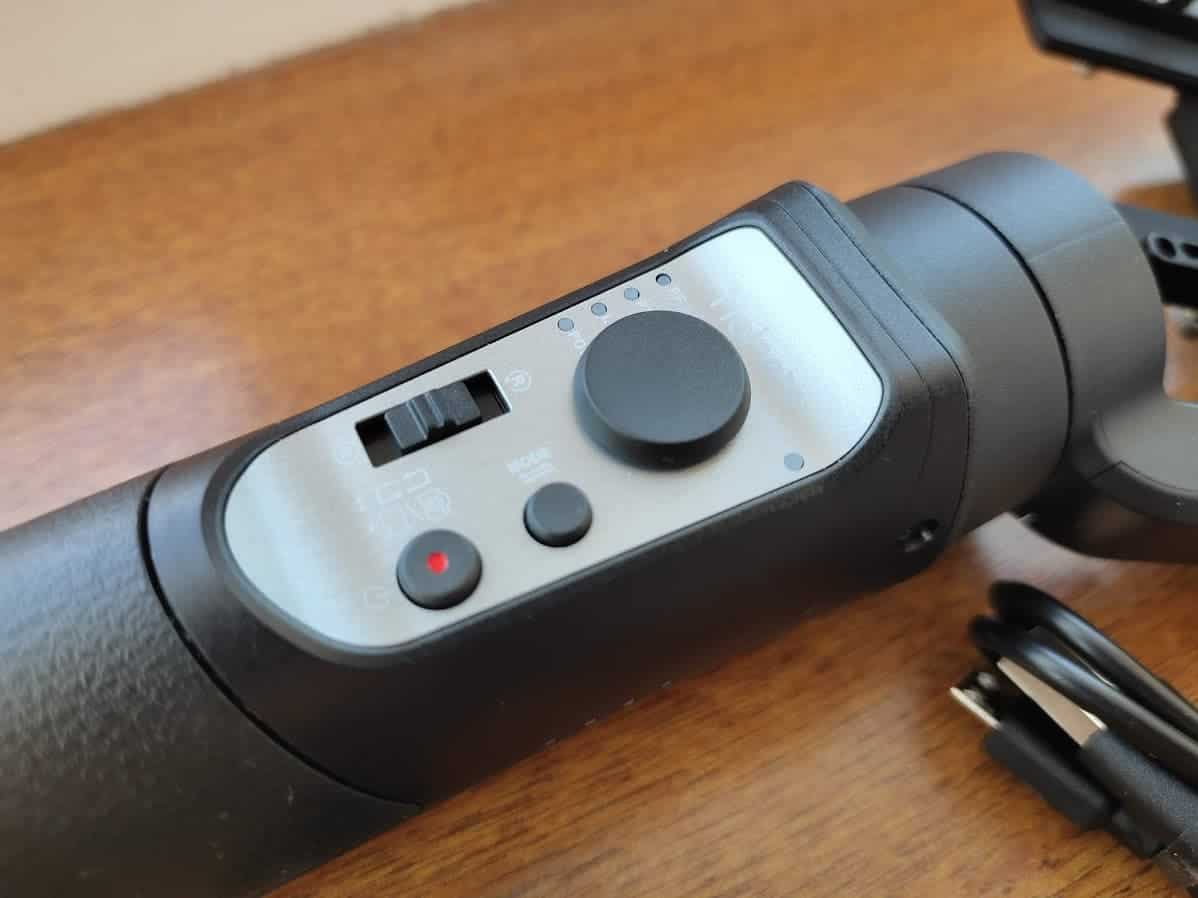 Finally, we have the various USB ports to charge the gimbal and the action camera attached to it of you so desired; along with four LEDs that show the battery status.

Build quality wise, it’s a solid gimbal made of the toughest plastic, so we expect it to survive most falls. Additionally, it’ll also survive some water splashes as it is IPX4 certified. 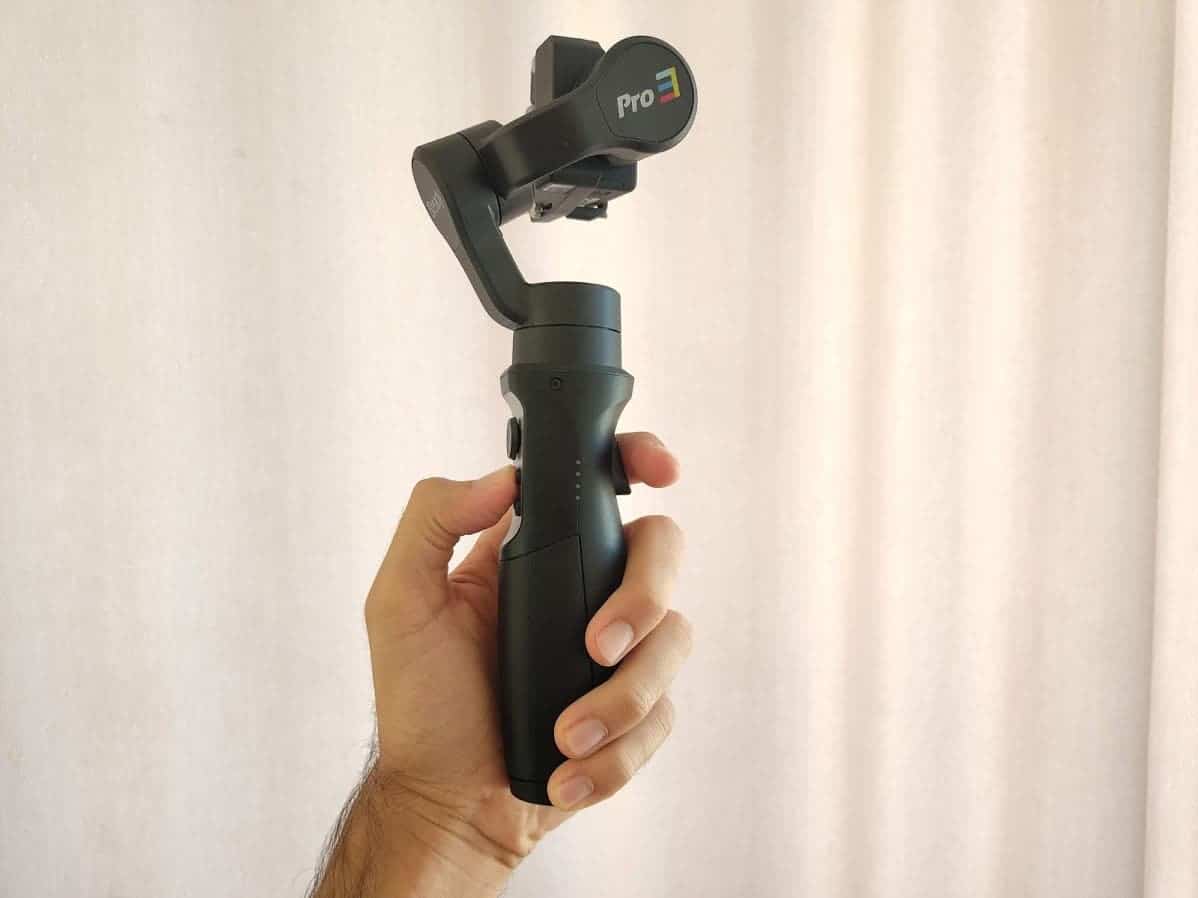 The Hohem iSteady Pro 3 comes with all the features you expect to find on a gimbal. You can use it in POV mode, which allows the pan, tilt and roll motors to all work at the same time. This mode is used to create a smooth moving effect around an object or a person. We then have PTF mode which will let the camera follow your pan and tilt, PF to only follow the panning and finally L mode which is used to lock the head in a direction, no matter how you move the gimbal. All the modes worked perfectly during our tests and you’ll be able to see most of them in the video below.

Another feature that worked quite well is the time-lapse. Though to use this feature you first need to connect the gimbal to your smartphone through the proprietary app. Once you sync the smartphone and the Hohem iSteady Pro 3, you can then set up a time-lapse by choosing the start and end point, as well as the time it’ll take from point A to point B.

Additionally, through the app you can also control the gimbal remotely. So if for some reason you need to move the action camera while being away from it, you can now do it with ease.

As far as stabilization is concerned, the gimbal comes with what’s called iSteady 3.0 technology and well, it does make the video look steady. It’s probably not as smooth as a professional camera gimbal; but it definitely turns a previously unwatchable shaky footage into something enjoyable.

We can check out what the video looks like with and without the gimbal; along with a preview of some of the modes. 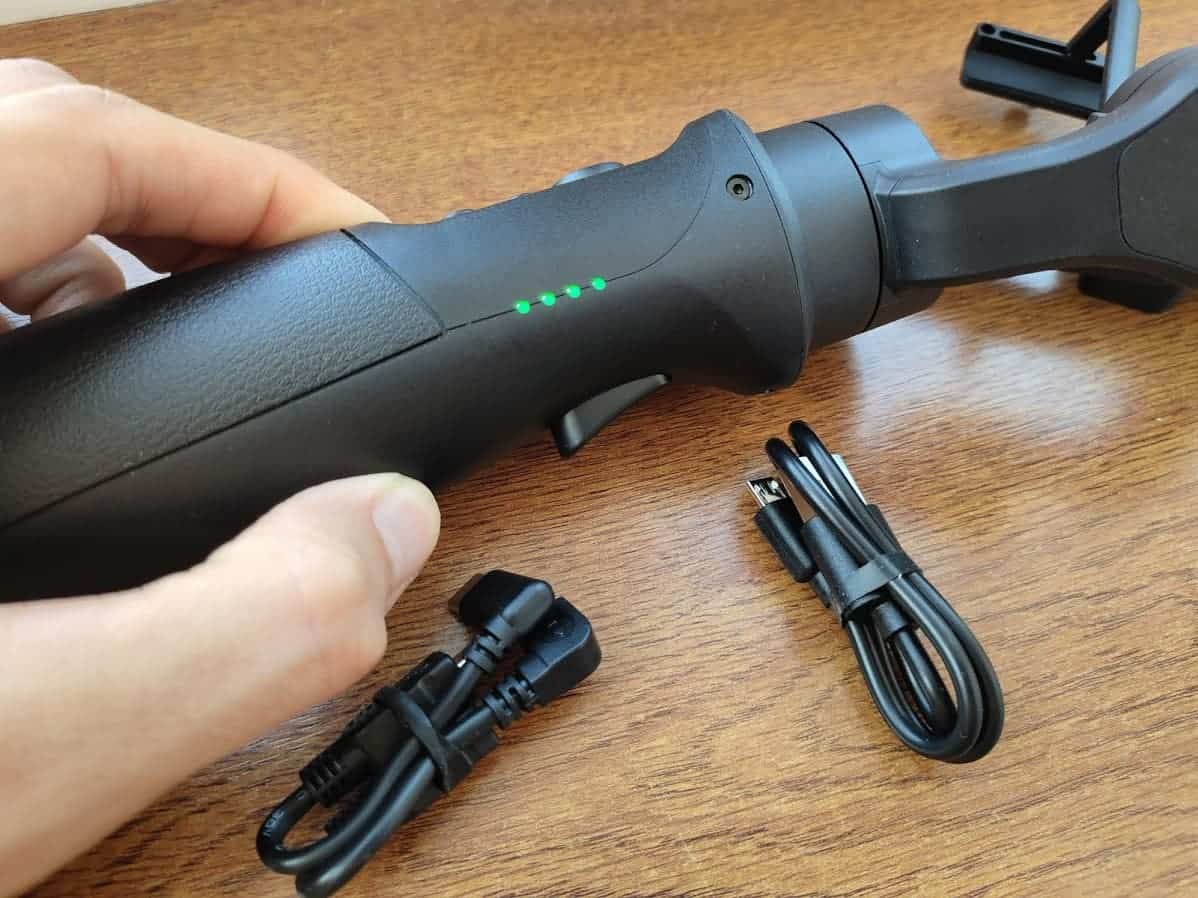 Battery life on the Hohem iSteady Pro 3 is really impressive. We’ve used it a couple times outside and we’re still at four out of four LEDs, in other words: at least 75% of charge. So, the 12 hours the company claims are probably real.

Anyhow it’s definitely more than you need, because either your action camera will run out of storage space or out of battery before the gimbal dies. The large battery can come in handy if you want to charge the action camera while filming though. 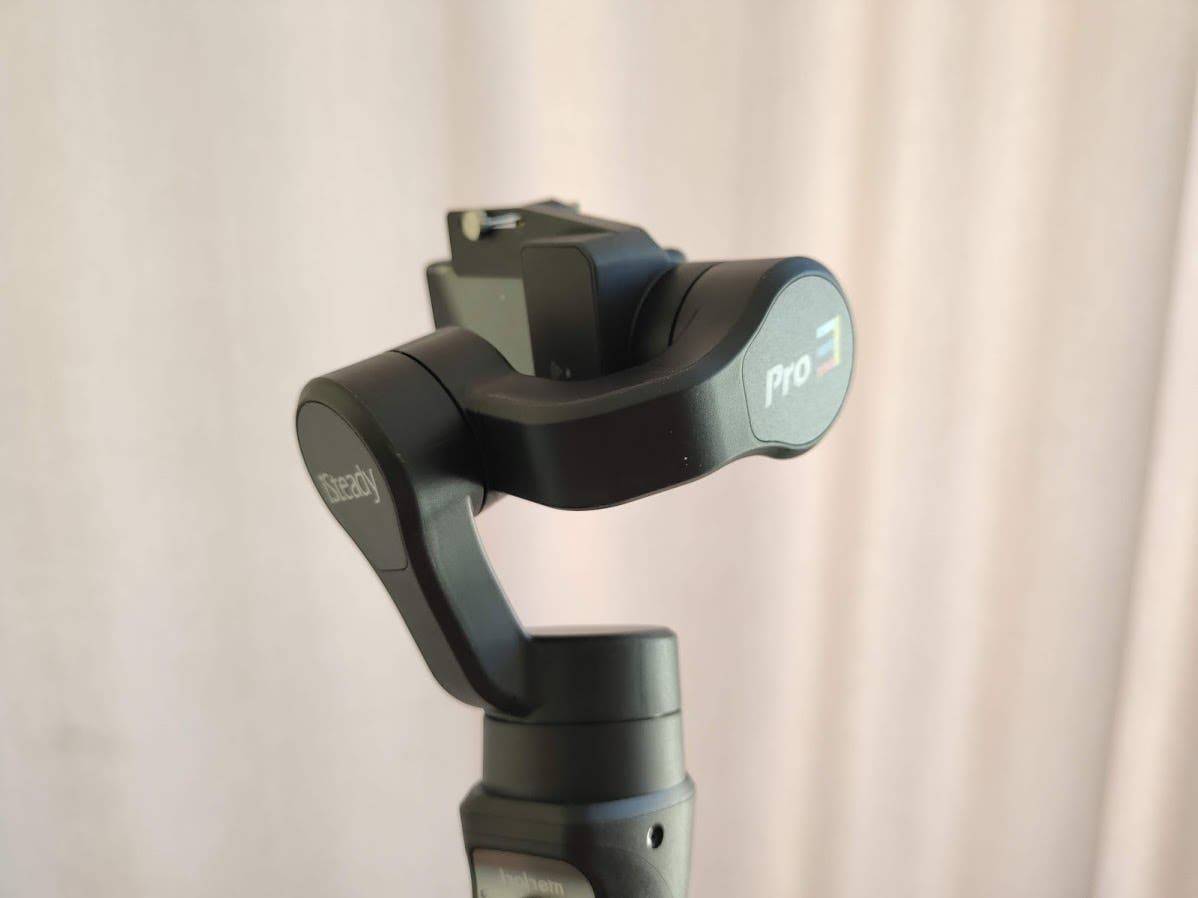 Clearly, the Hohem iSteady Pro 3 isn’t a product for everybody as you need to already own an action camera before getting it. That means that you probably already have something in mind for which you need the gimbal; do you want to record some smooth clips of your friends skateboarding or any other sports/tricks? Then yes, this is the gimbal to get with a price tag of just $89.00.

Additionally, as we mentioned earlier, the Hohem iSteady Pro 3 could also become a great vlogging companion. Put a microphone or LED light on it, along with your action camera and go out and vlog; it’s never been this easy!