Flipkart has launched the Nokia Media Streamer, a new Android-based streaming device; for televisions similar to Xiaomi’s Mi Box, priced at just Rs. 3,499. The new Nokia Media Streamer runs on Android 9, comes with a dedicated remote;and supports streaming up to full-HD in resolution. It connects to the TV via an HDMI port; and works in a similar way to other popular streaming devices such as the Mi TV Stick and the Amazon Fire TV Stick.

The Nokia Media Streamer runs on Android TV 9 Pie, Google’s Android operating system; for smart televisions and media streaming devices. This compact streaming device offers users the ability to stream in full-HD resolution; comes with a built-in Chromecast and support for Dolby Audio. The remote of this new device enables Google Assistant support; and also has hotkeys for media streaming apps including Netflix and Zee5.

However, the new streaming service is powered by a quad-core processor with 1.2GHz clocking speed; which is coupled with Mali 450 GPU, and 1GB RAM. The internal storage on the device is 8GB and supports Dolby Audio. Not to mention, the device is said to support multiple applications via the Google Play Store; allowing users to download and stream content from a variety of services than the preloaded ones. Going by the hotkeys present on the remote; there is a high probability that Netflix and Zee5 will come pre-installed on the streaming box; along with other main core Google apps such as YouTube and more. 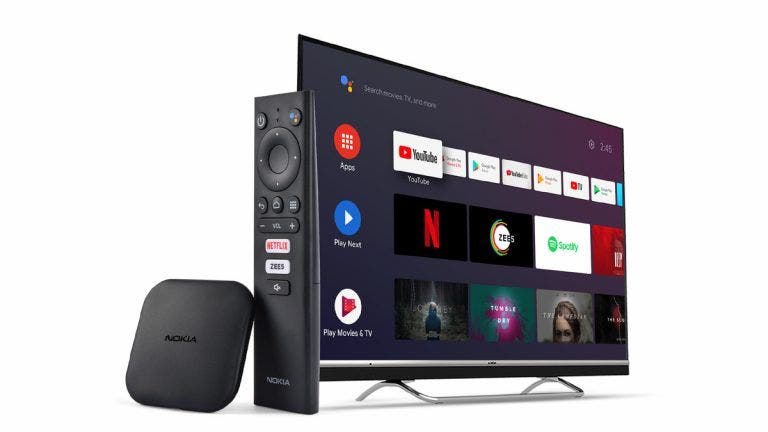 The Mi Box 4K, the streaming device from Xiaomi is priced at Rs. 3,499. Xiaomi has partnered with Docubay, Epic, HoiChoi, and Shemaroo; to provide exciting contents for Mi Box 4K buyers. Whereas the new streaming box from Nokia has been priced at the same Rs.3,499 in India.

Overall,  the Mi Box 4K seems like a better deal than Nokia’s response to it; considering the brand’s offering a 4K streaming device at the same price alongside a 3.5mm audio jack and support for HDR. What are your thoughts on the newly launched device, do let us know in the comments below?

Next Alleged Mi CC10 Pro Spotted on Geekbench with Snapdragon 865