Back in November 2019, Chinese manufacturing giant, Xiaomi, released the Xiaomi Mi CC9 series. This is the first CC series of the company. The CC series is strictly for the Chinese market. However, the Xiaomi Mi CC9 Pro also entered the global market as the Xiaomi Mi Note 10. According to previous reports, Xiaomi is working on a smartphone with the codename “Cas”. Now, this device has appeared on GeekBench. Looking at the few details of this smartphone, there are speculations that it will be the Xiaomi Mi CC10 Pro. 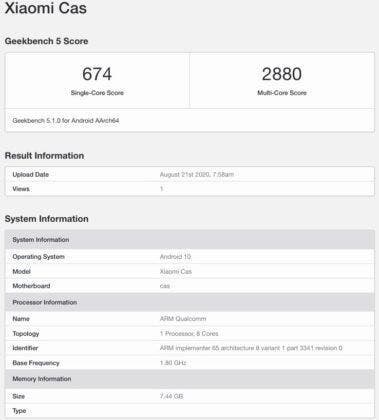 Xiaomi Mi CC10 Pro seems to use the Qualcomm Snapdragon 865 chipset as well as 8GB of RAM. This smartphone will most likely have a higher RAM version at launch. The test device runs the Android 10 operating system, with a single-core score of 674 points and a multi-core score of 2880 points. In addition, from the source code, the Adreno 650 GPU lends credence to the thought that this device will use an SD865 SoC. 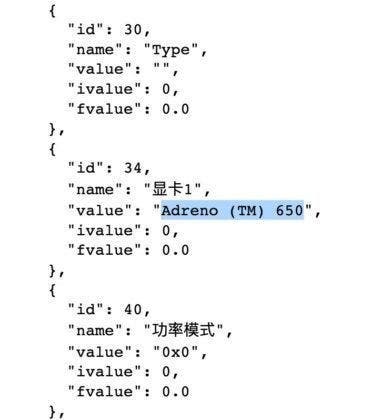 A few months ago, there were reports that a new Xiaomi phone (Cas) will arrive with a powerful rear camera configuration. The report claims that this device will use a 108MP main camera that supports 120x digital zoom. According to the report, the standard version (Xiaomi Mi CC10) will use a Snapdragon 775G chipset. However, the Pro version will come with a Snapdragon 865 SoC.

Recall that the Mi CC9 Pro / Mi Note 10 comes with a Samsung HMX sensor. This is also the first phone to use Samsung’s 108MP sensor. However, its successor will use the HM2 sensor, an upgrade of the HM1 sensor. Samsung’s flagship, Galaxy S20 Ultra, uses the HM1 sensor.

Camera specs of the CC9 Pro

Here is the full camera spec of the Xiaomi CC9 Pro, the CC10 Pro should be better in some aspects

Previous The old Facebook design will disappear forever in September

Next The U.K. policy on Huawei is causing so much instability