Back last year, Facebook announced the largest update to the design of the social network -almost since its inception. Moreover, for several months, active testing of the new design has been underway with the ability of testers to return to their usual appearance by simply pressing a special button. However, a message has now started to appear on Facebook that the old interface will be completely phased out in September.

The old Facebook design will disappear forever in September 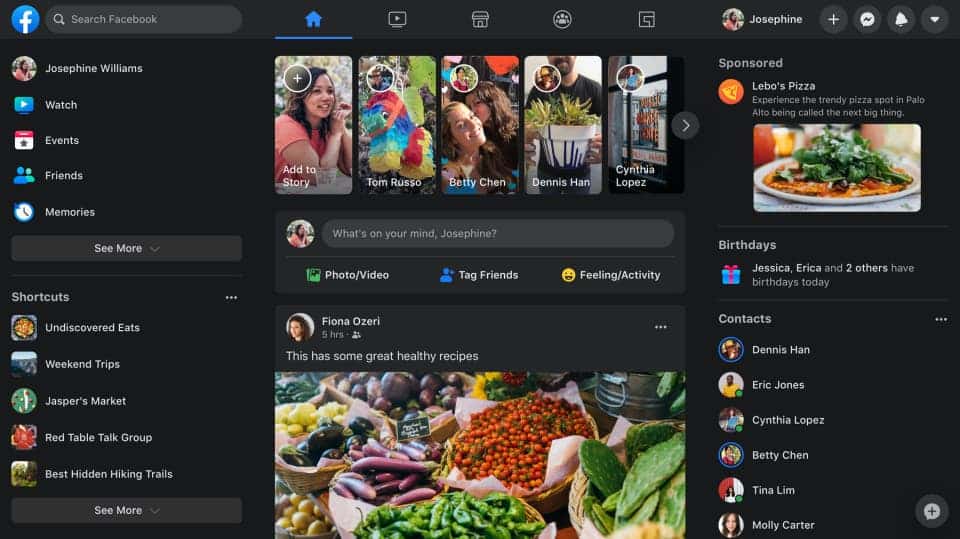 The message reads: “We have made improvements to the new Facebook.com site and are delighted that everyone can see its new look. Before we make classic Facebook unavailable in September, we hope you can let us know what else we can improve on Facebook. ”

The popup also highlights some of the key new interface features, including a cleaner look, larger text, faster loading times, and a dark mode.

The new Facebook interface was first unveiled at F8 2019, which took place in April of the same year, and then went public in March 2020.

The new interface is much more similar to that of the Facebook mobile app, with a simple navigation bar that gives you quick access to various sections of the site. The Facebook logo has also been completely redesigned from the classic Facebook interface while retaining familiar features.

Last year, we started hearing about the reports claiming that Facebook might end up replacing the Instagram Direct with Messenger chats. It looks like the social media giant has now made up its mind and is indeed looking to do the merger. According to a new report by The Verge, Facebook has started merging Instagram and Messenger chats with a new update in the United States.

The update is rolling out with the message “There’s a new way to message on Instagram” while also highlighting key features. These include “new colorful look for your chats”, “react with any emoji”, “swipe to reply to messages” and “chat with friends who use Facebook”. The last one might appeal to a lot of potential users out there who are on Instagram but not using Facebook on the other hand.

As you can see, we will get the Messenger icon on the place of the Direct message icon. The report further adds that the sender’s messages shift between blue and purple while scrolling. With that said, the new update seems to be only hitting limited users residing in the US. There is no report for other regions as of now.

Previous Samsung is planning to launch a budget foldable smartphone